Melson, with a  professional record of 12 wins, one draw and only one defeat, adds more to his prize fund that is going to a very special  cause. 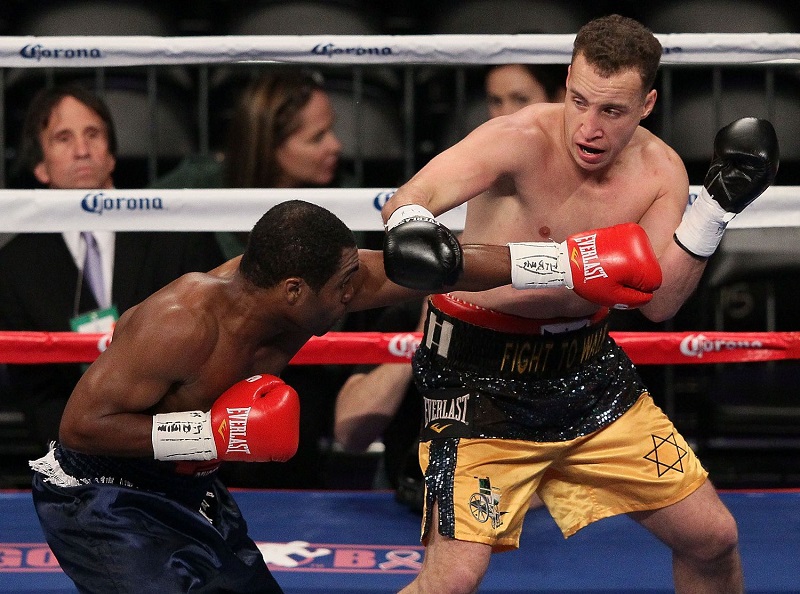 Boyd Melson, who boxes with a Star of David on his shorts, had his opponent,  Gundrick King , seeing all kinds of other stars as he put up yet another magnificent display of boxing skills to win a unanimous points victory over eight rounds, at his favorite home pitch, the BB King Blues Club in New York City.

Melson, who fights in the Junior Middleweight class was in control throughout the  bout, against an opponent who is known for his aggressive style that he’s seen him win eleven fights by knockouts. However, Boyd Melson, known in the fight game as the Rainmaker,  had just too much technical ability for King, and his convincing winning run continues, with each of the three fight judges giving their decision in favor of Melson, by the convincing score of 80 points to 72.

Following his victory, Melson celebrated by  restating  his pledge to donate no less that  100% of his purse towards research using stem cell for the treatment of what are currently classed as irreversible Spinal Cord Injuries.

Some of  Boyd’s boxing income has also gone towards the creation of the  Team Fight to Walk Foundation which was established in order to increase awareness in sport of  the importance of furthering  stem cell research for the possible treatment of  spinal cord injuries.

Boyd Melson’s awareness of the devastating effects of  spinal cord injuries began when he met Christan Zaccagnino, who had been confined to a wheelchair for seventeen years after being involved in a diving accident when she was just ten years old. 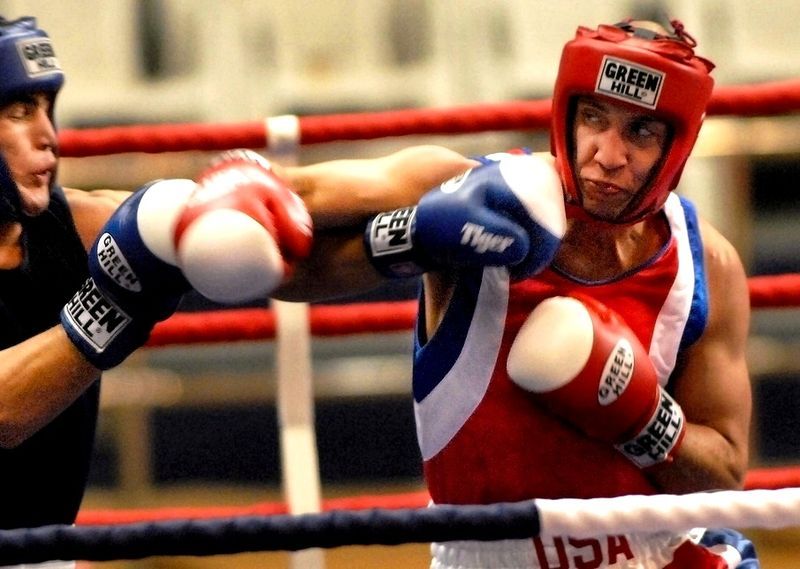 Since then Melson  has devoted his boxing skills and much of his free time towards  finding a suitable treatment for  spinal cord injuries through stem cell research, travelling abroad on a number of occasions with Ms. Zaccagnino, to accompany her while she underwent experimental treatments for her condition, some of them involving stem cell treatments.

Recently having been inducted into the National Jewish Sports Hall of Fame, Boyd was also the recipient of praise from another successful Jewish Boxer,  Welterweight Dmitry Salita who, after a recent bout pointed out that  he sees  tremendous improvement in Boyd’s boxing ability. “Not only is he a very talented fighter but he also sets a tremendous example outside of the ring .” Salita summed up.

Boyd Melson was born in White Plains  and raised  in Brooklyn, New York.

After completing high school,  Melson  was accepted to officer’s training school at West Point, graduating  in 2003 with a  degree in psychology degree, as well as  minor  degree in nuclear engineering, later going on to earn an MBA in business administration at Touro College, that  was established primarily to enrich the awareness of their Jewish heritage amongst students.

During his studies, Boyd reached the rank of lieutenant, later being  promoted to captain.

It was during his time at West Point that Melson began to expand his talents as a boxer, winning a number of amateur championships, including  the 48th World Military Boxing Championship gold medal in the 69 kilogram weight class, as well as  United States Army champion four times, NCBA All-American boxer times, West Point Brigade Open Boxing Champion three times all in the same class,  as well as being a recipient of  the Colonel Marcus Award.  The highlight of Boyd’s amateur boxing career was when he got as far as the quarterfinals 2005 World Amateur Boxing Championships in the welterweight class.