Folman’s futuristic fantasy ‘The Congress” picked up the prize at the awards ceremony held recently  in Berlin. 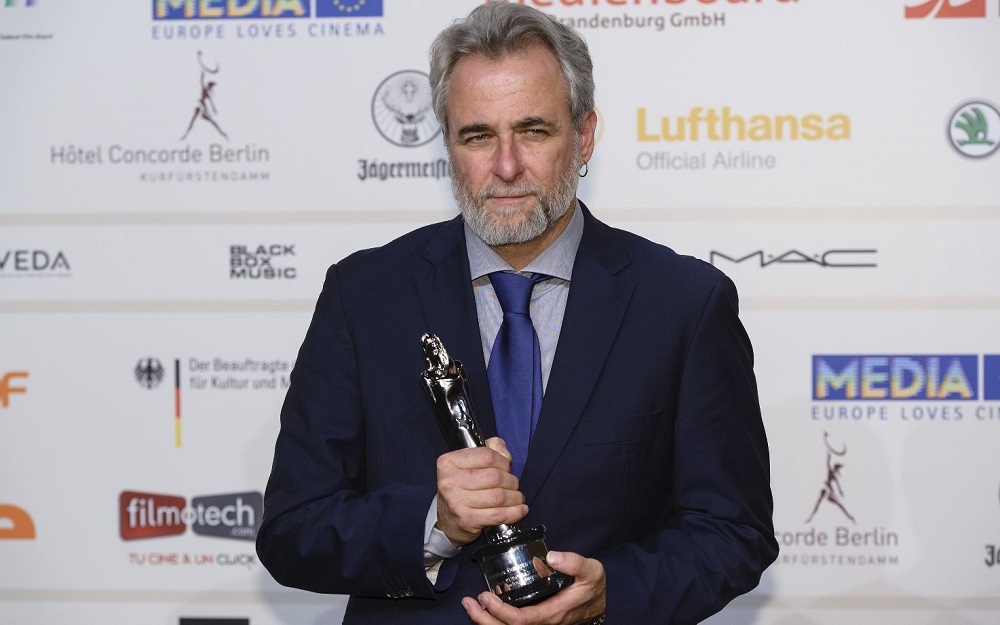 Ari Folman with his award for European Animated Movie 2013 at the European Film Awards 2013 in Berlin, Germany.

Ari Folman was the recipient of a prestigious European Film Academy award in the best animated sector for his film “The Congress”.

The Congress, created by a team of 270 professional animators drawn from nine European countries. Folman won the award in the face of strong competition  from some of Europe’s strongest animators.

The storyline for the movie, loosely based on a science-fiction novel written by Stanislaw Lem “The Futurological Congress”, is as unusual and compelling as its animation was precise.

Robin Wright took the lead role in the Congress the part of an egocentric film actress whose career has gone off the boil, and is no longer picking up the lead roles that she had gotten used to and her lifestyle demanded.

Eventually with her funds dwindling, Robin Wright, who had  sufficient courage to play herself in the movie, agrees to take the previously unprecedented step of selling the movie rights to her digital image to  the fictional Miramount Studios, with the only condition being that her flesh and bones version must never appear on the screen screen again. 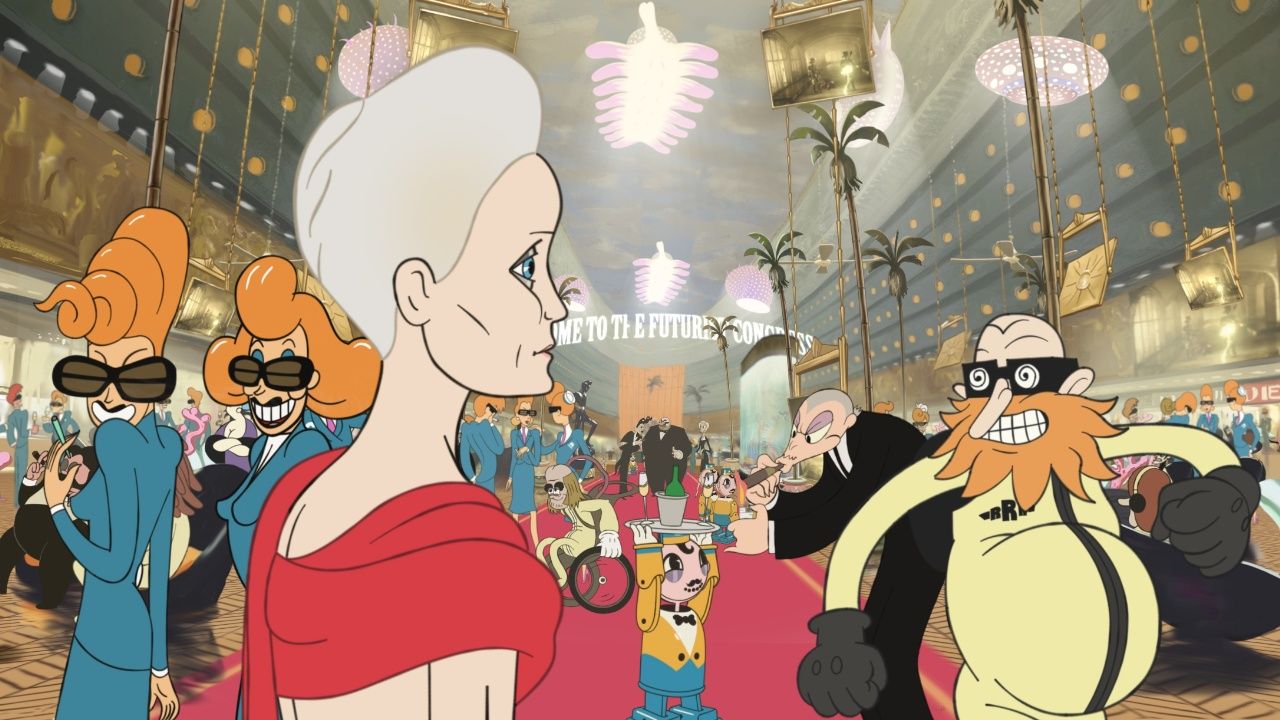 This turned out to be a win-win situation for the actress and the studio until 20 years later, with the whole concept of digital imagery  out of control and anyone who wants to can create a debit digital image of themselves or indeed anyone else.

The repercussions of such a situation make for a very interesting film.

The distribution rights from North America have been co-acquired by Drafthouse Films and Films We Like.

“The Congress” to the opening spot in Cannes Director’s Fortnight sidebar this year and is due for distribution in movie theaters in the early part of 2014.

Ari Folman was born in Haifa, the son of Holocaust survivors. After completing high school in the city, and his Army service, Folman went on to study at the  Department of Film and Television of Tel Aviv University.

Folman’s professional career got underway in documentary production, with his second film  Sha’anan Si, released in 1991 being the recipient of  the Ophir Award (Israel’s equivalent of the  Oscar ) as well as a prize at the Jerusalem Film Festival Prize and a of multiple international film awards.

In 1996, Ari Folman was involved in the production of Saint Clara, which was the recipient of a special award at the Karlovy Vary International Film Festival as well as a large number of domestic awards, . He also wrote and directed the 2001 film Made in Israel, for which he was nominated for another Ophir Award for best director.

Between 2001 and 2004, Folman  became more involved in the television industry in Israel, writing the screenplays for a number of  successful domestic productions.

During this time, Ari Folman was formulating a project to produce an animated documentary based around his memories of serving as a soldier in the Israeli army especially during the Lebanon war of 1982, and in particular  the massacres that took place in the Sabra and Shatila refugee camps as an aftermath of the war perpetrated by  Lebanese Christian Phalangist militia.

The recounting of the harrowing experiences that Folman  personally experienced in the film, entitled Waltz with Bashir which he both wrote and produced, won a total of won 18 awards including a Golden Globe for best foreign language film, the Directors Guild of America award for Outstanding Directorial Achievement in Documentary and  Ophir Awards for best film, best director, and best screenplay.

Waltz with Bashir was also nominated for a number of BAFTA awards, a Cannes Film Festival award, as well as being a serious contender for  American Academy Award for Best Foreign Language Film in 2009.