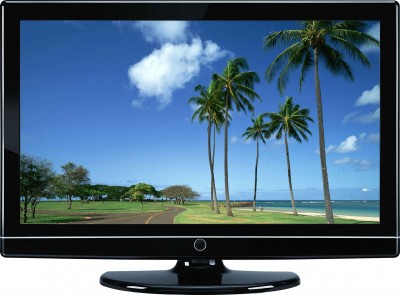 Hatzlacha, the consumers’ movement for the promotion of a fair economy & society, has filed a complaint on behalf of Israeli consumers against five manufacturers of liquid crystal display (LCD) panels for flat screens.  The case was filed in the Central District Court of Lod on November 27.  Hatzlacha, a non-profit organization, is being represented in this action by attorneys Jacob Sabo and Anat Meyuhas.

LCD panels are a key component of such finished products as flat-screen televisions, desktop computer monitors, laptops, tablets, smartphones, and other monitors used in medicine, security systems, and aviation.

The suit, which Hatzlacha seeks to have certified as a class action, seeks damages resulting from the defendant LCD panel manufacturers’ collusion to form a worldwide cartel.   Defendant manufacturers, as well as other LCD panel manufacturers, colluded to limit production and fix prices at artificially high levels between 2001 and 2006.  Much of the coordination of the cartel took place between manufacturers at what were known as “crystal meetings.” The existence of the cartel was first revealed by American antitrust authorities in December 2006.

In terms of commerce affected, this was the largest illegal cartel ever uncovered.  According to an expert opinion by economist Hanan Sharon which was filed with the complaint, defendants’ cartel caused consumer damages in Israel of 277 million NIS.

Proceedings in other countries and jurisdictions have resulted in fines against Defendants and recoveries on behalf of consumers.  However, until now, no suit or proceeding had been filed on behalf of Israeli consumer victims of the cartel.

Hatzlacha, the organization seeking to serve as class representative, was founded by a group of lawyers in 2008. Among its many goals is the promotion and encouragement of civil enforcement of fair economic regulation. Additional details regarding Hatzlacha are available on its website,  www.htl.org.il.

This is the fourth such action filed by Hatzlacha, currently the leading consumer organization in filing class actions in Israel. In September 2012 Hatzlacha set a precedent by becoming the first such organization to file a class action in the field of securities and capital markets, a claim that received approval from Israeli Securities Authority.  The case is still pending (P.C. 2483-09-12 Hatzlacha v. Cohen, et al).

In February 2013, Hatzlacha filed another class action in the  Central District Court against airlines including El Al, Lufthansa, British Airways and Swiss ( P.C. 10538-02-13 ) alleging a worldwide cartel colluding to fix air cargo rates.  This was the first antitrust class action in Israel filed by a consumer organization.

Hatzlacha filed its third class action in March 2013, in the economic division of the Tel Aviv District Court.  That case, against the Perrigo corporation, alleged violations of the securities laws by illegal non-disclosure of material information and misleading investors (P.C. 43065-03-13 (economic) Hatzlacha v. Perrigo(.

Ben-Zion Citrin, a member of the executive board of Hatzlacha, stated: “We see great importance in taking active steps to protect consumers and promote civil and private enforcement of antitrust and competition laws. This case demonstrates once again that there are public gatekeepers who do not hesitate to take actions that benefit the public in cases of infringement of the law. “

Elad Man, chief legal counsel of Hatzlacha said: “The current claim is another step demonstrating the expertise and public activism of Hatzlacha to promote private enforcement of the law, especially regarding issues of law and economics. Claims like this, in an area which suffers from lack of private enforcement,   are not only very important, but require the specialized knowledge and appropriate professional analysis which Hatzlacha can provide. ”

Advertisement. Scroll to continue reading.
In this article:Israel, El Al, Finance, against