Without IDB, the banks cannot collect Nochi Dankner’s debts to them.
– 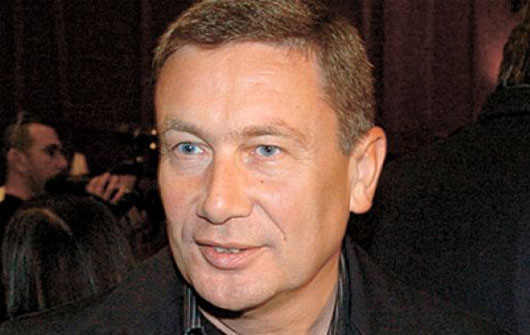 The banks have kept quiet about the repayment of debts by IDB Holding Corp. Ltd. (TASE:IDBH) and about Nochi Dankner‘s private companies, Ganden Investments Ltd. and Tomahawk Investments Ltd., through which he control it. The banks have said that each bank is owed money at different levels in the IDB pyramid, and they fear that a shock to any level will affect all the others, making it harder to collect the total debt.”It is always possible to act forcibly against the private companies. Nothing can escape us there. The most logical thing to do under these circumstances is to see the debt settlement in the public companies lower down, and whether it will be possible to rely on it to obtain the debts in the companies higher up, ” former Mizrahi Tefahot Bank (TASE:MZTF) CEO Eli Yones told “Globes.”

It can be argued that this explanation is logical, or that it is merely an excuse to avoid a confrontation with Dankner, who is close to several bank heads. What is certain is that the explanation is now irrelevant. Assuming no last-minute surprises, Dankner will lose control of IDB and the banks will have to collect the NIS 900 million ($250 million) owed by Ganden and Tomahawk.

No way to pay without IDB

Whereas in the past the banks relied on future dividends from IDB for the repayment of Ganden and Tomahawk’s debts, or on liens on Dankner’s IDB shares in favor of the banks, these options are no longer available. Without IDB, there is no source of money for the debts to be repaid, and the shares are valueless.

It is also impossible to collect the debt from Dankner personally. In contrast to other tycoons, such as Lev Leviev, Idan Ofer, Beny Steinmetz, and Yitzhak Tshuva, who have large personal fortunes, so far as is known, Dankner has no substantial reserves. It is hard to know the amount of Dankner’s remaining capital and assets, but they reportedly do not exceed NIS 100 million ($27 million), including his house in Herzliya Pituah. In any event, they are not enough to cover the companies’ debts. The only person who can help Nochi Dankner is his father, Yitzhak Dankner, who has already come to his aid in the current crisis, but his ability to help is limited.

The banks have already written off most of Ganden and Tomahawk’s debts, and they will apparently not have to make more write-offs. Their biggest worry, therefore, is to their image, and this will probably be their main consideration in dealing with Dankner.