HealthLoop,  founded in 2009 by Dr. Shalin,  is based around a software as a service (SaaS) platform that enables medical practices to monitor signs and symptoms, 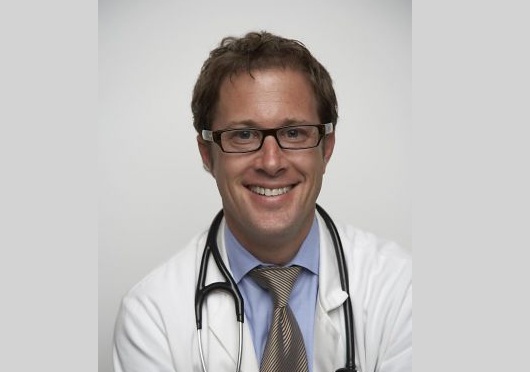 Dr. Jordan Shlain CEO of Healthloop has been the recipient of  $10 million in Series A funding, led by the recently formed  Canvas Venture Fund managed by three former partners of Morgenthaler Ventures, Gary Little, Rebecca Lynn and Gary Morgenthaler.

Healthloop  is  the first company that Canvas Venture have invested in, with Rebecca Lynn joining Healthloop’s board of directors. Other investors include  San Francisco based Subtraction Capital.

On announcing the funding, Dr.Shlain  a physician and commissioner of the San Francisco Health Service Systems Board, recalled that his decision to establish HealthLoop rose from the difficulties and frustrations  that he and his colleagues in the medical profession were witness to on a daily basis.

Healthloop was consequently developed patients in the recovery process after a serious illness or operation who went through considerable discomfort  as a result of  symptoms that would go unnoticed and consequently unreported between regular visits to their practitioner. Symptoms that, in many cases eventually develop into a serious deterioration in the patient’s medical condition  requiring emergency care.

HealthLoop, based in Moffett Field, California, was developed by Dr. Shlain to enable practitioners to more readily communicate with patients during their recovery process and consequently enable them  to recognize patterns of possible decline  in the patient’s state of health during the follow up period.

The SaaS platform on which HealthLoop is based will also compile comprehensive lists of   patients’ feedbacks as well as monitor their  status against expected levels of progress.  The software can be attuned to send alert  physicians or care providers for specific  patients who the system recognizes as being  at risk of suffering treatment failures, complications and alerting them to the possibility of hospital readmissions.

The aim of HealthLoop, according to Dr. Shlain is to maintain a dialogue between  doctors, patients and care-givers in the period between regualar contact periods  through the provision of  clinical information and peer-reviewed follow-up plans designed  to ostensibly  automate “the routine aspects of care, while tracking patient progress and monitoring clinical areas of concern, with the intention extending the doctor-patient relationship outside of the examination room  through  keeping patients and the treatment services in better touch between visits.

Thanks to this initial round of  funding, according to Dr Shlain, HealthLoop will be able to increase their development staff, with the intention of  increasing  the range  of doctor/patient engagement through the provision of more comprehensive follow-up tools, while, at the same time,   increasing awareness among doctors of the existence and possibilities of the company’s service.

Dr. Jordan Shlain graduated with honors from UC Berkeley and was accepted to Harvard’s Center for International Development (WorldTeach) to teach high-school chemistry, physics and biology in rural Western Kenya.  After a short spell in Italy Dr Shlain returned to the United States, going on to  graduate from Georgetown University Medical School later completing his residency specializing in  internal medicine in his home town of  San Francisco.

Dr. Shlain is ranked in the Healthspottr’s list of the 100 most important healthcare innovators and actively consults with companies, non‐profits and physician organizations. In 1997, Dr Shlain founded the Current Health Medical Group, which operates a full service, office and house-call practice.

Regarded as being one of the most prominent  pioneers in what is now described as  Direct Practice medicine, and is actively involved in grass roots innovation and local medical politics.

Dr. Shlain currently holds the role of e president of the national American Academy of Private Physicians, and in 2010, was appointed  a commissioner for the Health Services Systems Board, by the Mayor of San Francisco, Gavin Newsom. In his role as commissioner for the Health Services Systems Board, Dr Shlain is responsible for the allocation of over $700 million in funds  for the healthcare of over 110, 000 San Francisco Employee’s and retirees.

Advertisement. Scroll to continue reading.
In this article:California, Finance