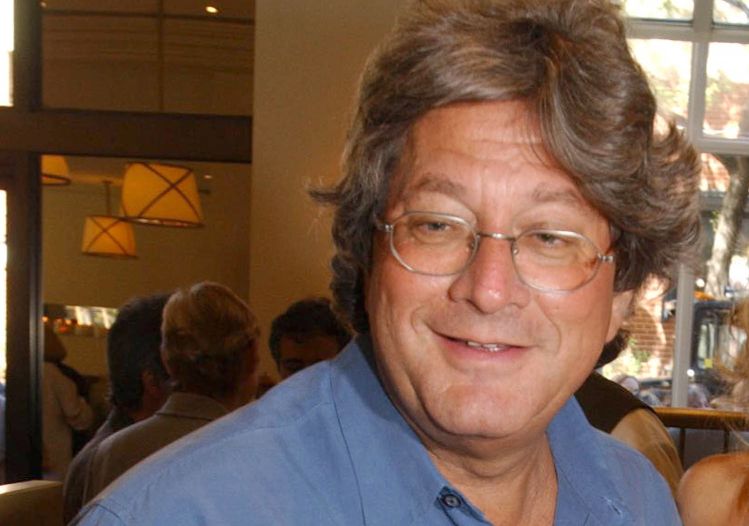 The American Dream Meadowlands project in New Jersey, just across the river from Manhattan, is being developed by Canada’s Ghermezian Brothers into America’s largest mega-mall complete with its own large performing arts center.

With a train station on the property for rapid direct rail access from the city the Ghermezian’s clearly expect the new mall to at least equal the number of annual visitors – over 70 million a year each – achieved by their existing West Edmonton Mall and Minneapolis Mall of America mega-mall properties.

The performing arts center at the new mall is expected to host some blockbuster performances, and this will require an impresario of great skill to make it all happen in the way the Ghermezian’s undoubtedly will want – i.e. simply stated to compete with the best that there is on Broadway.

That is of course a pretty tall order until, that is, you think about one man who could probably help them a lot. The trouble is he was only recently released from jail, and indeed remains on partial probation for fraud in Canada. He also is unable to travel to the United States any time soon, as there are outstanding charges against him there too for the same offences as put him in jail in Canada.

That man is Garth Drabinsky, who at his peak was probably one of the greatest impresarios of live theatre there has ever been. After building Cineplex Odeon into an 1, 800-screen chain of multiplex movie houses, he founded Livent as a vehicle to produce and invest in live theatrical entertainment.

In 2009 he was convicted in Canada of fraud however, whilst he was the CEO of Livent, by then a public company and producing major live theatrical events all over the world.

Phantom of the Opera, Joseph and the Amazing Technicolor Dreamcoat, Kiss of the Spider Woman were some of his early blockbuster production successes.

Livent public shareholders ultimately lost an estimated US$500 million when the company collapsed in 1998 after he had sold it to American firm Ovitz, drowning in a sea of red ink associated with too much debt and falsified accounts.

These Drabinsky had earlier fraudulently tried to hide but in the end could not prevent from coming to light.

Drabinsky ultimately went to jail in 2011 to serve a five year sentence for the conviction, as did his then partner Myron Gottleib.

Drabinsky was released on day-parole in February 2013, and currently is required to spend his nights in a half way house in Toronto, rather than be able to go home to be with his wife.

Since his release he has been working as a consultant on a number of business projects, which he had to outline in some detail to his Parole Board in an application for full parole, which he made recently.

A Parole Board hearing was then held last week on December 2nd, to consider his request but without agreement a decision was deferred. Members of the Parole Board were quite concerned it seems, in particular, by one of the projects he described in his application, which was not identified to the public, but which involves building a major new performing arts theatre.

Quickly putting two and two together, the Toronto Star and other local newspapers came out and suggested this might indeed be for the Ghermezian’s new mega-mall project in New Jersey.

Well why not, having served most of his debt to society Garth Drabinsky has a right to be able to earn a living again, and he is unlikely to be put in any position of authority where he can control large volumes of funds any time soon, simply as a consultant.

However several members of the Parole Board were worried what might happen to him once he was back in the heady atmosphere of the entertainment industry again, so no decision was taken and it will now be looked at again in a couple of months.

“Our concern is that what you are doing now is like what you were doing before, ” said one of the Parole Board members Louise Harris.

Under the terms of his release on day parole only, Drabinsky is not allowed to own or operate a business. And he is prohibited from being given a position of responsibility for managing money in any case.

However to effectively bar him having anything at all to do with what he knows best is a little absurd.

As he put it himself to the Parole Board, promising to stay well away anything like what lead to his downfall,

“There is nothing on this Earth to move me to do something that would affect my liberty ever again, ” he said, … “I don’t want to be involved and can’t be involved in anything that even smells of impropriety.”

One thing that should stand him in good stead, though, when the Panel does reconvene early in the new year, is at the hearing last week he did admit his personal involvement for the very first time, rather than, as hitherto, simply blaming others.

“I without question was involved with fraudulent activities, ” he told the panel.

There is no doubt that redemption begins with contrition, which in turn begins with admission of responsibility.

I personally cannot believe the Parole Board has any genuine grounds for truly denying him the right to productively engage his exceptional talents again. Only this time for the betterment of society overall rather than, as ultimately happened the last time, for the impoverishment of some of its members.