Ms. Caitlin will be behind one of this year’s most unusual exhibitions at this year’s internationally renowned art festivals. 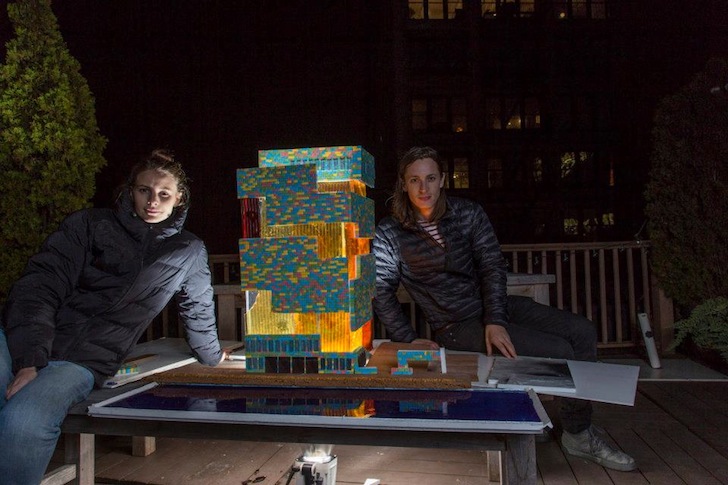 Caitlin  Levin, one of America’s most innovative stylists, working in partnership with artist Henry Hargreaves have used all of their skills  to create mock ups of some of the modern world’s most famous architectural masterpieces to be put on display at Dylan’s Candy Bar presentation  at this year’s Art Basel winter festival in Miami.

One of the most enjoyable as well as the most tasty aspects of the Christmas season  is when people get together to build gingerbread houses. This year, Caitlin  Levin and her working partner, artist/photographer Henry Hargreaves have taken the entire concept of building gingerbread houses several stages followed by accepting the commission from Dylan’s Candy Bar to build  several gingerbread structures interpreting a number of the world’s most iconic architectural structures, all of them based around art galleries, which are bound to be one of the talking points at this year’s Art Basel in Miami Beach.

Art Basel in Miami Beach is expected to attract a record audience of more than of fifty thousand, made up of collectors, artists, dealers, curators, critics and art enthusiasts, among them representatives from more than 150 museums and institution groups from across the globe.

Since its inception in Miami in 2002,   Art Basel has drawn some of the city’s leading leading museums as well as private collections  to open their homes and warehouses to guests of Art Basel.

Caitlin  Levin’s gingerbread masterpieces, all of them in black and white and created from totally edible materials, take in the World’s leading galleries, including the Guggenheim in New York, the Louvre in Paris, and the Tate Modern gallery in London.

Each of the models were intricately carved out of Gingerbread by Ms. Levin as well as being carefully assembled, and painstakingly hand glued- a remarkable effort that has produced outstandingly realistic their productions of these sculptures.

Harry Hargreaves’ principal role in the production was to take incredibly lifelike black and white photographs of the culinary reproductions that are almost impossible to separate from the real thing.

The models will go on show from the  6th  December on Dylan’s Candy Bar exhibition whole at this year’s Art Basel winter festival in Miami.

Caitlin Levin was raised in Northern California. From an early age, Caitlin lived in many parts of the world, during which time she recalls both seeing and experiencing a variety of artistic cultures and tastes, which she recalls has gone a long way in sharpening her passion for design.

After graduating with a degree in World Arts and Cultures from the University of Southern California (UCLA), Caitlin went on to study art in Florence, Italy.

After returning to the United States, Caitlin settled in New York to pursue a career in fashion, handling photographic commissions on behalf of a number of the city’s leading fashion houses including Abercrombie, Proenza Schouler, Halston among a number of others.

In recent years Kaitlin has indulged her passion to work as a chef/stylist, recently appearing as a resident chef on Simon Fuller’s “If I Can Dream” TV show.