After going missing since the mid-60s, Dylan’s infamous Fender Stratocaster  guitar sold at auction in New York for close to $1 million. 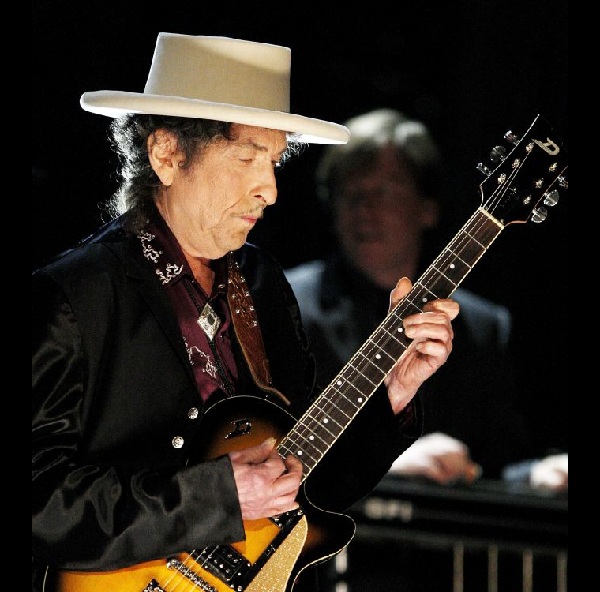 Bob Dylan has kept himself at the top of the music business through his ability to reinvent himself. While this is now an accepted fact,  the first time that Dylan “ shed his skin” from an out and out  folk singer to an emerging rock star, was at the hallowed Newport Folk Festival in 1965 when he appeared on stage, playing, of all things, an electric guitar.

Not only were his colleagues in the world of folk music shocked and dismayed at Dylan’s emergence but the audience were also far from prepared. At the time Dylan appeared to shrug off any form of criticism, and his switch to electric guitar certainly did work wonders for industry by adding loads of credibility to their products.

Bob Dylan and his Fender Stratocaster became as one, that was until just a few months later when he left it behind on a private plane. The pilot of the plane, Vic Quinto, who worked for a New company on retainer by Bob Dylan’s management to shuttle him around the country found the guitar , which he identified as being Dylan’s thanks to a set of unfinished song lyrics which he found in the guitar case. 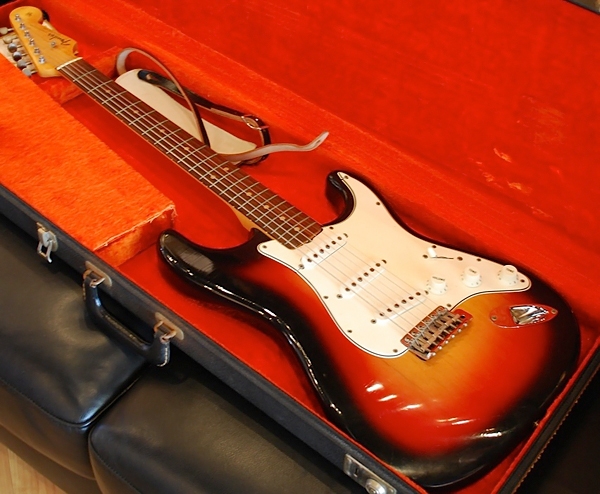 Quinto apparently approached Dylan’s management team advising him that he had found the guitar yet received no response. Eventually Quinto passed on the guitar to his daughter, were authenticated and put up for sale by the daughter , Dawn Peterson.

Dawn broke the silence regarding the guitar when she approached the producers of “History Detective, ” a public television production looking people interesting stories of people who find unusual objects. Ms. Peterson was pretty certain that the Fender Stratocaster  guitar had been owned by Dylan  and the History Detective show called in a team of experts who proved that the guitar had been played by Dylan at the Newport Folk Festival by matching the wood grain on the guitar with a color photo taken of  the pop icon performing at the festival.

Bob Dylan’s management team were apparently in touch with Ms. Peterson and quietly and discreetly reached over ownership of the instrument, which meant that it remained in her hands as well as the song lyrics found in the case.

At that point Ms. Peterson decided to put the heat as well as the lyrics up for auction, and received an estimate from Christie’s auction house and they could expect the somewhat between   $300, 000-$500, 000 for the guitar. However this time he really missed the boat with the guitar eventually fetching the record price $965, 000, to an unnamed buyer, surpassing the $959, 500 achieved at the same auction house in 2004 when they sold  a Fender guitar that had been previously owned by another sixties pop icon, Eric Clapton.

At the same auction, Dylan’s lyric fragments found inside the guitar case also went on the block, but created little interest, with one of them being sold.

Bob Dylan is credited with having sold more than 100 million records throughout the world has been the recipient of a number of significant awards from the music industry, including winning 38 Grammys, six Grammy Hall of Fame awards, five Rock’N’Roll hall of fame awards,   a Golden Globe  Award and an Academy Award.