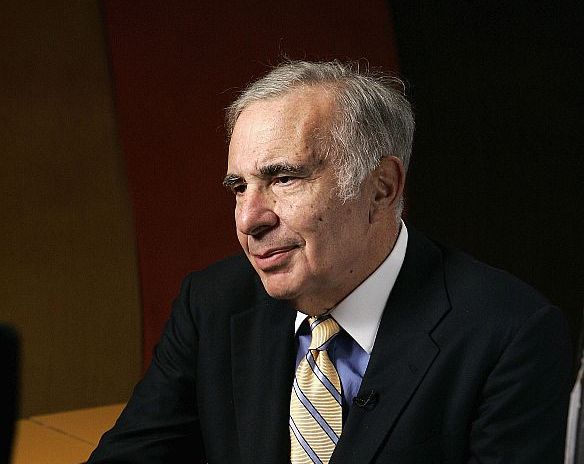 Carl Ichan, who is a master of public relations, also knows how to invest money. He knows how to do it the hard way, sometimes agitating for change against the boards of weak companies. The merest hint the corporate bully may be coming after them can have a strong effect on companies he has taken positions in.

But he also knows how to make money the easy way – buy shares in an excellent business whose shares for one reason or another may be very cheap. Then, just his announcement of a new share position, especially using his favourite new toy of the moment, his Twitter account, may coincide with resumption of its’ positive movement in the financial markets.

When Icahn bought a big position in Apple a few months ago, over $2 billion by now I believe, it was considered gutsy by some at the time, as there was still plenty of negative sentiment about the company, and buyers remorse hanging around from last year’s over-rapid momentum run up in the share price.

Just by announcing it though and stating that in his opinion the shares were cheap (as indeed they were) did wonders for the market’s nerves, who were subconsciously, one can hyopothesize, somehow deeply grateful for his ratification of the company’s status.

And never mind that his call for US$150 billion of share buy-backs was likely unrealistic to begin with, probably even in his own mind as well, and the shares have been doing well since.

As for the business of the company, Apple Inc. is now finally starting to fire on all cylinders again, after having taken a couple of steps back over the last twelve months or so to revamp both of its platform operating systems, – the new mobile iOS 7 and the new desktop and notebook OSX, now called Mavericks.

The two new operating systems now play much nicer together, with just a few outstanding hiccups still to iron out. They are both entirely 64 bit, in the technical parts under the hood that can help future performance when applications developers catch up, and they have a much smoother and more unified look and feel about them, particularly iOS 7 – reflecting the influence of design guru Johnny Ive. 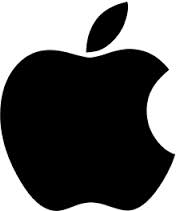 With a powerful new A7 chip design, finger print sensor touch ID and built in motion co-processor the company’s new flagship phone the iPhone 5S is by all accounts flying off the shelves everywhere despite, or let’s go and say it even because of, its conservative, classic approach to function and design.

Then the iPhone 5C and the older iPhone 4S are propping up the lower price points as well so that the company seems to have something for everybody this Christmas.

On the tablet side both the iPad Air and its smaller sibling the iPad mini now both flaunt high resolution retina screens, and the full size Air in particular now seems to be lighter than a feather to hold one. Yet they both still offer all day battery life.

finally all the note book lines are refreshed with much better battery life and the quite revolutionary new Mac Pro will start shipping from its American manufacturer this quarter. The very first one just sold for US$977, 000 in a charity auction in London. You can get to pay quite a lot less coming soon.

Further revolutions will come down the line but for now the mantra of incrementalism, and of filling out the software ecosystem that makes the products so usable, wins the day and builds long lasting customer relationships and, more to the point, the company’s customers, existing and converts from the dark side of Windows and Android, really do seem to like the approach.

Remember this is still a niche game, albeit with some very big niches, not a market share game as far as Apple is concerned, which is the essence of the argument the company has had with Wall Street going back several years now.

We won’t know the holiday sales numbers for sure till after the quarter is over, but the Apple share price is creeping back up it seems every day, and now stands at over US$570 as of the time of writing in hopeful expectation.

After sinking like a stone earlier in the year the shares are now back in positive territory for the year and could well look good moving forward as well.

As for Carl Icahn, who has made a lot of money already on paper, and could well make a lot more, it seems he is again the master of public relations. Today he called for a new proposal for share buy-backs, this time to be put to the coming Apple annual shareholders meeting, this coming February.

However now he doesn’t insist, he is only “asking nicely”, putting forward only a non-binding resolution. The technical term dun jour for this is a delicious one, “precatory”, which just means to “request” after the Latin verb “precari” which means to pray. Moreover Icahn no longer wants or suggests buying back US$150 billion of shares at all, which was his earlier demand.

One US news source apparently claims he has told them he now wants Apple to buy back only another US$50 billion over the rest of the current fiscal year, i.e. by next October.

Since Apple already has a program of share buy-backs in place, with a further US$37 billion of purchases it can still make under it (out of US$60 billion originally authorized), frankly one can see there is now little difference between them at all.

So really what a good deal of the US press today lauded as a renewal of his assault on Apple is really more of a damp squib than a loud explosion.

The bottom line is that Carl Icahn is almost certainly perfectly happy with Apple exactly as it is, and is gently raising the flag of surrender over anything remotely resembling an antagonistic relationship. Indeed he is making too much money with his holding to remain confrontational, especially if the company keeps performing the way it seems to be lately too.

Icahn even frankly acknowledges this, when talking to TIME for a new article they have just written about him, saying… “Tim Cook is doing a good job with the business, ” he told TIME’s Rana Foroohar, … “I think he’s good whether he does what I want or not.” Possibly a fall-back line he has used before when his investments are turning out well….

Tellingly, Icahn also told Time, …“A lot of people say Steve probably wouldn’t have talked to me, and maybe that’s true, ” Icahn tells TIME. “But I think he [Tim Cook] found our conversation sort of interesting. He said, ‘Look, you’ve accomplished a lot, and we want to listen to you.’ ”

A lot of people worried what would happen to Apple after Steve Jobs died. Now two years after his death we are starting to see that it is actually doing pretty good under Tim Cook, whom he had hand picked for the job, and that may be his best legacy of all.

Maybe Carl Icahn is really just a big cuddly teddy bear, who wants to be loved. A seat on the Board of Apple eventually might not even be such an outlandish idea at all, actually… he certainly knows his onions.