–
The two companies are developing similar apps that allow users to share pictures and video clips. 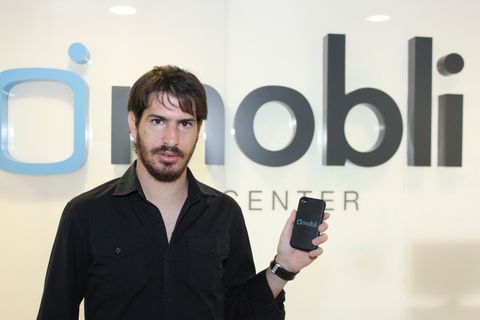 Anyone seeking strong evidence of real competition between Instagram and Mobli Ltd. received it on Tuesday, when Instagram decided to block access to its services by Mobli users. The two companies are developing similar apps that allow users to share pictures and video clips. Both apps offer filters to create visual effects for pictures taken via the app.

Although there is no real competition between the companies in terms of scale – Mobli has 12 million users compared with Instagram’s 150 million users – it seems that the latter feels threatened. It therefore decided to block Mobli users from downloading pictures from Instagram to Mobli at the press of a button, basically banning access to the applications programmable interface (API).

In a statement, Instagram said, “Instagram’s API guidelines make it clear that an application that replicates or attempts to replace the essential user experience violates our terms of use. We have a team dedicated to reviewing apps and enforcing our policies.”

Mobli said in response, “We respect every platform’s right to do with its platform as it sees fit. We believe in the user’s right to control his content and creation and therefore commit to continuing to enable users to do with their content as they see fit. We are working diligently to create a user experience by which users will stay at Mobli because they want to.”

Blocking interfaces between rival services is nothing new in high tech. One of the most famous acts took place three years ago, when Google Inc. (Nasdaq: GOOG) blocked Facebook Inc. (Nasdaq: FB) users from searching for friends via Google. Twitter blocked previews of Instagram pictures in tweets, which competed against Facebook and Instagram video clips via its subsidiary, Vine.

Nonetheless, it seems that Mobli basically asked for Instragram’s action, which came after Mobli’s previous efforts to undermine the dominance of Instagram’s leading picture-sharing app. In March, Mobli launched a campaign in which it called on Instragram users to quit the company for it. Users were asked to take a creative picture and upload it on Instagram under the hashtag #mylastinstagram. They were then asked to leave Instagram and its “boring filters”, as Mobli called them, for three months. The participants competed for a $100, 000 prize.

The campaign included a flyover the headquarters of Facebook, Instagram’s owner, by a plane carrying a banner listing the campaign’s website. It seems that Mobli had no qualms in launching such a campaign and handing out a big prize.

Mobli has raised $89 million to date, including $60 million in a financing round in November 2013. Most of the investment came from Carlos Slim, the world’s second wealthiest man, who believes in the app, and offers it has an integral item for millions of subscribers of his mobile carrier America Movil SAB de CV (NYSE; BMV: AMX; Nasdaq: AMOV).

Slim was only the latest famous name linked to Mobli. The company’s list of investors and advisers includes Hollywood stars, such as Leonardo diCaprio and Toby Maguire, and tennis legend Serena Williams.

The man behind Mobli is its founder and CEO, Moshe Hogeg. In an interview with “Globes”, he said, “Instagram is an amazing company, and we should doff our caps to it ten times over. But the man has not been born who will say that Mobli’s technology is not better than Instagram’s, including its CEO.”

Hogeg added, “We’ll probably never surpass Instagram in the number of users, but we’ll differentiate ourselves in other markets. Most of the world does not know Instagram. India, China, Central America. We’ll probably be smaller than Instagram, but we’ll be big enough to have a good business.”