The Chernin Group is set to pay out around $100 million for  the web video site  specializing in producing short Japanese animated films. 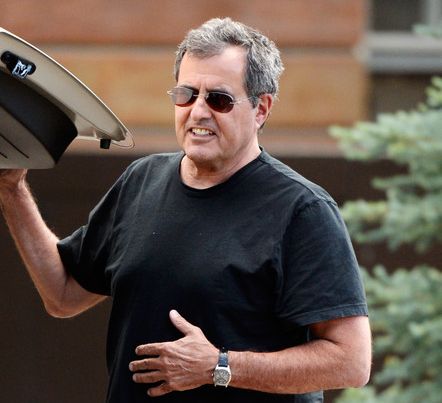 Peter Chernin, through the fund that he recently established with backing from the Qatari government has reportedly succeeded in gaining financial control of Crunchyroll.

Chernin’s acquisition of the Crunchyroll web video site, with a subscriber base of more than 300, 000 is expected to form the base of  the Chernin Group’s  intended platform in the online TV and video market.

A platform that was intended to be based around Hulu, the TV and video streaming service, which the Chernin Group were hot on the heels of during the summer months. However  when the agreement was on the verge of being signed the sellers took cold feet. Since then, according to industry reports, Peter Chernin has been looking around for a suitable replacement which is apparently found in Chrunchyroll.

Peter Chernin, in a statement released after the acquisition became public, stated that the San Francisco company would now be the anchor platform for the launch of the Chernin Group based around the plan that would see the company diversify their animated content as well as launch new channels in different genres.

Chernin, who for  many years was a key employee of Rupert Murdoch’s  News Corporation, left the company four years ago to form his own  media organization. Part of the exceptionally generous termination agreement which Murdoch handed to Chernin included a film and television production agreement with  21st Century Fox running for six years.

The agreement was signed with 21st Century Fox the film and television production arm of News Corp that has recently separated from them.

During the first four years of the agreement, the Chernin Group has been responsible for the production of a number of box office successful movies including Rise of the Planet of the Apes and The Heat.

As well as their special association with 21st Century Fox, the Chernin Group has also been linked with a string of possible acquisition deals, and is still rated as being one of the hottest favors to acquire  a share in sports management and marketing giants IMG, in partnership with CVC, the private equity firm.

In April 2012,  Peter Chernin sold a minority stake in the Chernin Group to his long-term  strategic investment partners Providence Equity Partners, as well as a number of other private investors.

The Chernin Group is also listed as major  investors in Tumblr, the  microblogging platform and social networking website which was acquired by Yahoo in May of this year for the sum of $1.1 Billion.

Peter Chernin was born and raised  in Harrison, New York. After  earning  a B.A. in English literature from the University of California, Berkeley, Chernin  began his career in the publishing industry, first in the role of associate publicity director for St. Martin’s Press,  later  going on to take up the role of  editor for Warner Books.

Peter Chernin’s roles at News Corp, were both diversified and far-reaching reaching, having been handed the responsibility for the company’s diversified global operations that spanned five continents.

During the 20 years that he spent with the News Corporation, Chernin was responsible for the company’s dramatic success  in all aspects of the entertainment industry both on the small screen as well as the large screen, with among his most notable achievements being overseeing the production of the two top-grossing movies of all time, Titanic and Avatar for 20th Century Fox.

During Chernin’s time at the top of the News Corporation, their  cable network group also experienced dramatic growth experienced explosive growth reaching the subscribers list numbering more than 400 million thanks to their extensive choice of stations including  the Fox News Channel, FX, Fox Sports Net, the Fox Movie Channel, National Geographic Television as well as the Fox Reality Channel.