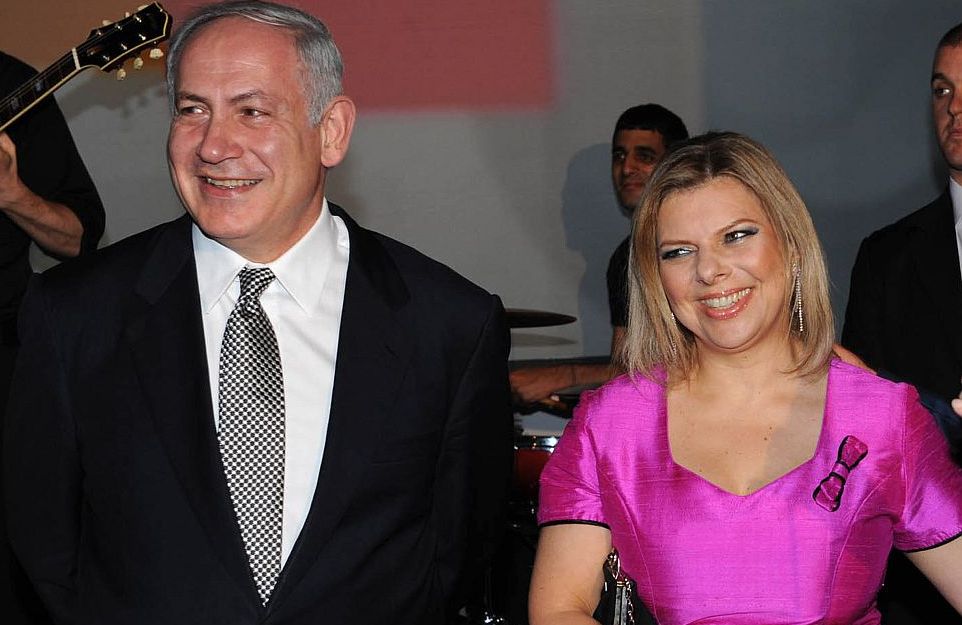 –
In a democracy those who are governed always take a keen interest in the personal spending habits of their annointed political leaders, especially when they as tax payers are footing the bill.

Israeli Prime Minister Benjamin Netanyahu is no exception and details of his household expenses have just been released in a report, after a court petition by an organization called the Movement for Freedom of Information.

Not that transparency is a bad thing, especially for a small country where voters like to frequently remind their politicians to stay a little bit humble or be booted out of office.

In 2012 overall spending by the State of Israel on behalf of Netanyahu’s homes totaled US$934, 221 according to the report. This covers his official residence in Jerusalem, and his private house by the seaside in Caesarea as well which accounted for about ten percent of the total.

While – frankly – that is not really a great deal of money, it does happen to be twice as much as his predecessor Ehud Olmert spent in his last year in office in 2008. It is hard to see the value of such a direct comparison though, as times and needs certainly change.

The water bill for Caesarea alone was over US$20, 000 in 2012, but Netanyahu does have a swimming pool there, and water in Caesarea is brutally expensive; this writer knows because he lives there as well.

The report goes on to specify that US$4, 257 was spent on wine, and US$2, 696 on Mezzuzahs for the doorposts of the houses. Really.

The Director of the Movement for Freedom of Information, Alona Winograd, certainly has had her moment in the sun with these enormous discoveries, commenting that her organization had sought the information to prevent the abuse of power by high government officials.

Without doubt she must have been put on high alert (DEFCON 1 for NGOs perhaps?) to this possibility earlier this year in February, when the Prime Minister absolutely scandalously requested, and received, a – transparently declared – specific budget supplement for the exact sum of US$2, 700 to buy his favourite ice cream from the local convenience store in the evening – where of course it costs much more than in the regular supermarkets. Couldn’t he have waited to pay less the next morning?

In a statement to Israel Radio Winograd continued, with the same tone of solemn achievement, to remark on these astounding revelations, …

“Only a high standard of reporting will ensure the prevention of cases of corruption and mismanagement, ” she said.

“This is our expectation from our elected officials, and we hope we will not need similar freedom of information requests in the future to fulfill these goals.” A very stern warning indeed. And I am sure it will not go unheeded.

However reacting with, icy, barely controlled, fury to these serious attacks that appeared to impugn his own personal integrity, the Prime Minister’s Office rushed to put out a spin worthy of the White House itself on these absolutely dreadful budgetary lapses.

The PMO said the Prime Minister’s Residence is… “used throughout the year to host heads of state, numerous consultations and large meetings.” It also added carefully that some of the money includes the cost of guards who protect Netanyahu’s homes throughout the year, as well as expenses rolled over from previous years.

Does the Prime Minister of such a small country really need guards too, in this sybaritic bubble he has encased himself in, so totally divorced from the little man on the street? He doesn’t even use Twitter to stay in touch with everybody for goodness sake.

Perhaps Alona Winograd is fortunate she doesn’t live in France. The budget for the Elysée Palace in the final year of Nicolas Sarkozy’s term as President of France totaled US$150 million, just a little more than that of the Queen of England actually, at that.

He had a fleet of dozens of cars to fuel and wonderful wines to drink, costing as much as US$250 for each bottle to calm his nerves, after each enervating day governing that troublesome country.

Nor has it changed much under the new tenant Francois Hollande, though he has decided, in a very determined economy drive, to auction off about 1, 200 bottles of wine underneath the Elysée Palace – but only the cheap ones. The remainder of the 15, 000 bottle temperature and humidity underground wine collection will remain to help lubricate the diplomatic interests of France at future state dinners. And, of course Monsieur Hollande’s own personal palate at regular evening meals as well, no doubt.

No, it is true the spending habits of Bibi Netanyahu may not be those of David Ben Gurion after the founding of the state, but nor are they those of Nicolas Sarkozy. And nor should they be akin to either.

Accordingly, the media excitement about his personal housing budget really just shows that the media itself has little common sense of its own, or perhaps at the moment little else of greater import to write about.

Advertisement. Scroll to continue reading.
In this article:France, Netanyahu, US, Prime Minister, Finance