The latest Tanger Outlet Center, number 43 in their national chain,  measures a whopping  330, 000-square-foot center and will be home to  more than 80 retailers.

Steven Tanger was present to cut the ribbon on the brand new and highly imposing Tanger Outlet Center which opened for business last weekend, with considerable fanfare.

The  latest Outlet Center in the Tanger Chain is located  in Prince George’s County in Maryland, within a short car ride  from Washington, D.C. , on the banks of the  Potomac River looking across the water to the city of  Alexandria in the state of  Virginia.

Among the retailers represented at the new center are Banana Republic, Brooks Brothers , Calvin Klein, Coach, H&M,  Michael Kors, Tommy Hilfiger and  White House Black Market   among many others.

The latest Tanger development was put together at a cost of over $100 million, with 340, 000-square-foot of shopping, backed up a  6, 000-space parking lot was full, capable of providing shopping comfort for the up to 100, 000 shoppers that are liable to converge on the center in search of bargains.

Local council officials are excited about the  obvious  financial benefits that the  anticipated flood of visitors liable to converge on the center, especially over the weekends and public holidays, as well as the fact that the  Tanger Center has already  created close to one thousand jobs for the region 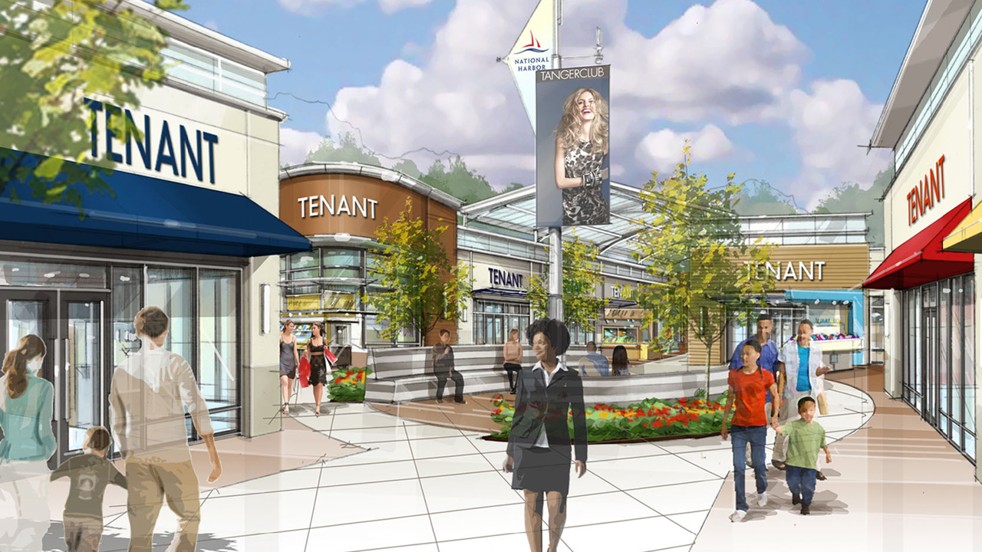 Steven Tanger, CEO of  Tanger Factory Outlet Centers Inc. is the son of the late founder Stanley Tanger and has been involved in the family business since completing his university education, first gaining a Bachelor of Science degree in  Business Administration from the University of North Carolina at Chapel Hill, later going on to earn his masters at the  Stanford University School of Business Executive Program.

Tanger has been CEO of the company since  January 2009, taking over from his father when he stood down. Previous to that, Steven Tieger held the post of Director,   President and later Chief Operating Officer at Tanger Factory Outlet Centers Association. 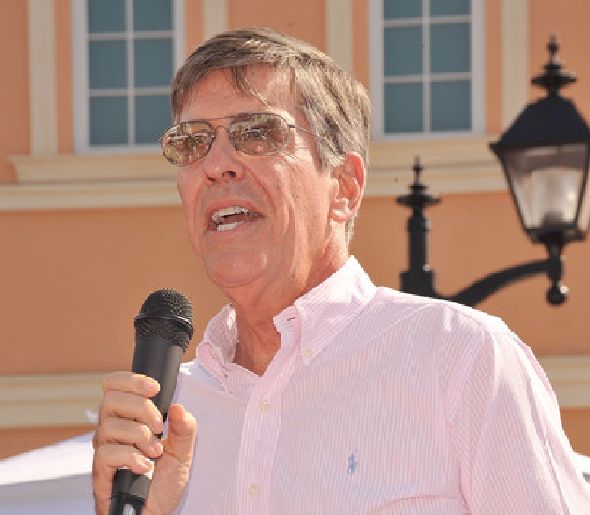 Stanley Tanger opened the first  Tanger Factory Outlet Center in 1981, in the town of  Burlington, North Carolina, and gradually became recognized  as one of the driving forces behind the  concept of the outlet mall.

After being released from the American Air Force at the end of  World War I, Tanger returned home to the family home in Reidsville, North Carolin, taking over the management of the family business, Creighton Shirtmakers.  Under  his  dynamic operation, Creighton Shirtmakers  began to gradually expand, opening a series of five outlet stores, initially only marketing shirts made in the company’s factory. Soon  Stanley Tanger introduced  other compatible business to his concept, which eventually evolved into the first Tanger Factory Outlet Center.