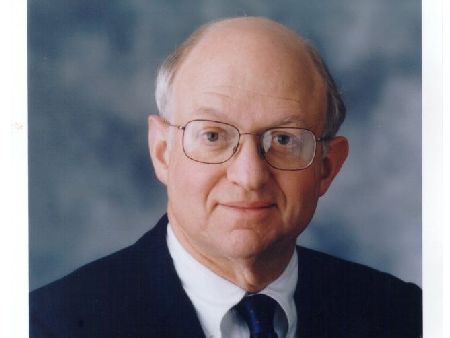 Recently, newspaper headlines declared that Greece would have a balanced budget for 2013 as a whole. The news came as quite a shock: Recall that when Greek officials came clean about the true state of their country’s public finances in 2010, the budget deficit was more than 10% of GDP – a moment of statistical honesty that triggered the eurozone debt crisis. It seemed too good to be true that the Greek deficit would be completely eliminated in just three years.

In fact, it is too good to be true. Any reader who went beyond the headlines soon discovered that the prediction of a zero budget deficit was in fact misleading. The International Monetary Fund was predicting only that Greece would have a zero “primary” budget deficit in 2013.

A “primary” budget deficit (or surplus) is the difference between a government’s outlays for everything excluding the interest payments that it must pay on its debt and its receipts from taxes and other charges. In the case of Greece, the interest payments apply to government debt held by Greek individuals and institutions, as well as to government debt held by the IMF, the European Central Bank, and other foreign lenders.

The overall budget deficit is still predicted to be 4.1% of Greece’s GDP in 2013 – a substantial improvement compared to 2010 but still far from fiscal balance. The difference between the overall deficit and the primary deficit implies that the interest on the Greek national debt this year will be 4.1% of GDP.

The difference reflects a combination of the lower rate on short-term debt and the highly favorable terms on which Greece is now able to borrow from official lenders at the IMF and the ECB. If Greece had to borrow at the market interest rate on ten-year bonds, its deficit would rise by 6.5% of the Greek government debt or 11% of GDP. In this case, the overall Greek deficit would be about 15% of GDP, putting its debt on a rapidly exploding path.

Greece’s economic weakness increases the current level of the deficit. Five years of declining GDP have depressed tax receipts and increased transfer payments. The IMF estimates that these cyclical effects on revenue and outlays have raised the overall deficit by nearly 5% of Greek GDP. On a cyclically adjusted basis, Greece’s overall budget would show a surplus of 0.6% of GDP this year.

Even an economy with an overall budget deficit will have a declining government debt/GDP ratio if the growth rate of its nominal GDP exceeds that of its debt. For Greece, with an overall deficit of 4.1% of GDP and a debt/GDP ratio of 170%, the debt ratio would fall if the combination of inflation and real (inflation-adjusted) GDP growth exceeded 2.4%. Stated differently, now that Greece has achieved a zero primary budget deficit, its debt burden will decline if its nominal growth rate exceeds the average interest that it pays on its government debt.

Budget deficits and the resulting national debt are important not only in themselves; they also contribute to a country’s current-account deficit, which is the difference between its level of domestic investment by businesses and households in structures and equipment and the amount that it saves to finance those investments. That amount, which includes the saving of businesses and households, is reduced by the amount that the government borrows.

In the case of Greece, the saving of businesses and households exceeds the level of investment in businesses and housing by just enough to outweigh the dissaving by the government, resulting in a very small current-account surplus. Stated differently, Greece is now able to finance its current level of consumption and investment, including government and private spending, without relying on capital inflows from the rest of the world.

Looking ahead, the IMF predicts that Greece will have a gradually rising primary surplus and a gradually declining overall deficit over the next several years. But, unless Greece is able to increase its rate of economic growth, the budget will remain in deficit and the debt will remain at nearly its current share of GDP.

In this article:Economics, Finance, Professor of Economics, Martin Feldstein