Radcliffe, who played the read role in all  eight Harry Potter blockbusters  wanted to throw in the towel after the third 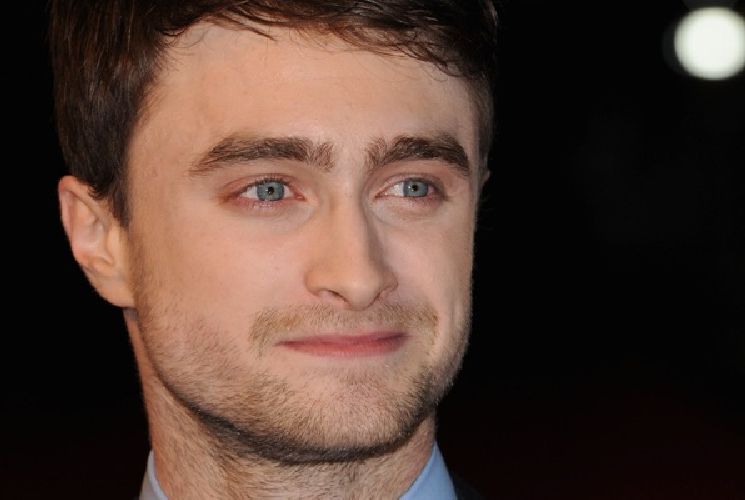 Daniel Radcliffe, at the ripe old age of 24, has come to terms with the fact that no matter how far he goes with his acting career, he will always be known as Harry Potter, the part he played in all eight movies in the best selling series.

Recently, in a candid interview, Radcliffe admitted that he and his parents seriously considered that he should give up the role after the shooting the third Potter movie, the Prisoner of Azkaban,  for fear of becoming typecast, when just fourteen.

However after serious and considerable consideration, the Radcliffe decided to stay the course, and Daniel went on to star as Harry Potter for the remaining five films in the series, with the final Harry Potter movie-  the Deathly Hallows – Part 2, being released in July of 2011 when Radcliffe was already 21 years old and already a veteran of the film industry.

Even while contracted to the Harry Potter series, Radcliffe had already begun to take  some time out to diversify his acting range, appearing in the  stage production of  Equus, which appeared on both the London and New York stage.

Daniel was also back on Broadway in 2011  appearing in  the reprise  of the musical “How to Succeed in Business Without Really Trying”.

After live theater, Daniel Radcliffe began to prepare for life after Harry Potter, first  by appearing in  The Woman in Black, in 2012 and later taking the role of the late beat poet Allen Ginsberg in the independent film Kill Your Darlings that was shot in 2013.

With his post-Potter career now gaining impetus, with his schedule booked well into the future, Daniel Radcliffe  has now fully come to terms that he will always be Harry Potter to millions of movie fans throughout the World, with the vast majority having grown up with him and his co-stars in the series, Rupert Grint and Emma Watson.

Radcliffe has admitted recently having a heart-stopping moment, when the author of the Harry Potter series, JK  Rowling  dropped a public hint that she was considering writing another book about the adventures of the  boy wizard. When asked if he would take the part again Radcliffe almost immediately responded by saying that it would be very doubtful, as ten years is a long time to spend with one character. 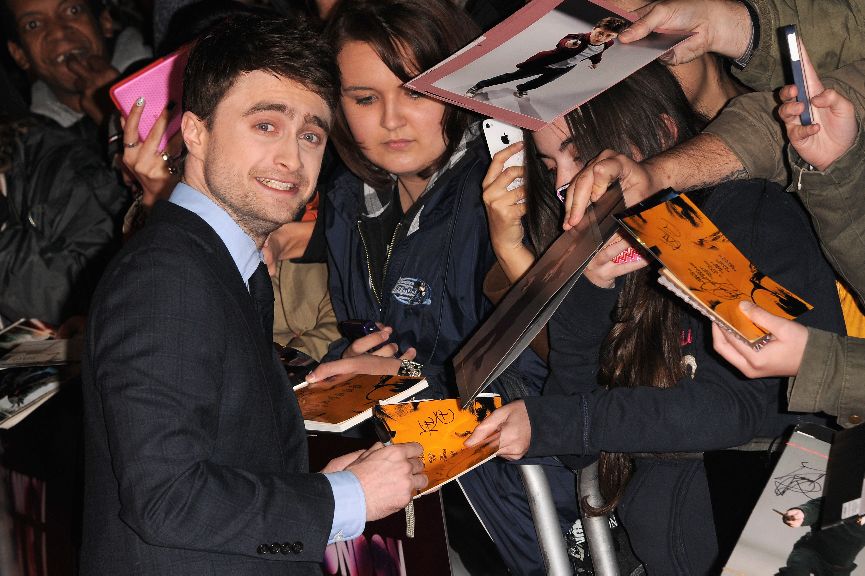 Daniel Radcliffe was born in West London, England, to parents  who both been child actors.

Daniel began to display as early as the age of five, that he had the ability to follow in their footsteps, making his television debut in December 1999, when he was just ten years old.  Radcliffe played the title role in a  BBC One  adaptation of  Charles Dickens novel David Copperfield, following that up by  making his film debut in 2001 in the  Tailor of Panama, playing alongside such Hollywood heavies as  Geoffrey Rush,  Pierce Brosnan and Jamie Lee Curtis.

Daniel was so credible in both of these parts that he captured the attention of producer David Heyman, who at that time was on a worldwide search for a child actor to play the part of  Harry Potter.

Even in these early days of the series, the producers knew that there would likely be seven films to be shot, causing  Radcliffe’s parent’s considerable reluctance to have Daniel audition for the part, with  any possible contract entailing that Daniel and his family would be required to uproot themselves from the UK to the distant shores of  Los Angeles, California.

Eventually the Radcliffe’s agreed that Daniel would audition for the part, as well as several others that followed, before David Heyman and director Chris Columbus decided that the role of Harry Potter could only be played by Daniel Radcliffe.

Warner Brothers Studios, who held the franchise to shoot the then projected seven movies in the Harry Potter series arrived at a compromise with Daniel Radcliffe and his two principal co-stars Emma Watson and Rupert Grint.  The compromise  involved offering the trio an initial two-movie contract with these films to be shot in the UK.

Daniel played the lead role  in the first Harry Potter film, at the age of  and starred in the series for 10 years until the release of the eighth and final film in 2011. Films that consistently shattered box office records, attracted both negative and positive critical reaction, whilst  succeeding in grossing more than $8 billion at the box office.