–
T-Jat and its managers claim that Amdocs filed the lawsuit in order to intimidate them.
– 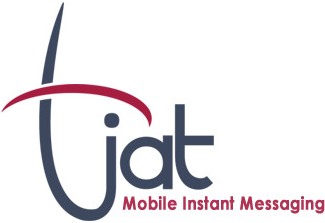 T-Jat Systems Ltd. and two of its two of its managers, Gideon Drori and Oleg Golobrodsky, have petitioned the Tel Aviv District Court to dismiss out of hand a lawsuit by Amdocs Ltd. (NYSE: DOX), which claims that they sabotaged its business in order to extort money. The judge dismissed their request for a one month stay for submitting a statement of defense, giving them 15 days to file.

T-Jat and its managers claim that Amdocs filed the lawsuit in order to intimidate them. “We have not seen anything like this, ” state the petitioners through their attorney, Shachar Agmon. “The litigant, which claims in writing that an unidentified person filed a groundless lawsuit against it for extortionist motives, which caused financial and reputation damage, is doing exactly the same thing about which it is complaining.”

The case began as a joint project between Amdocs and T-Jat. Amdocs integrated T-Jat’s product with a major Asian customer, Singapore Telecommunications Ltd. (SingTel) (SGX: T48; ASX: SGT). T-Jat later sued Amdocs for patent infringement and copying its system, which Amdocs learned about during the project. The case was sent to arbitration. As a result of the lawsuit, SingTel cancelled its project with Amdocs.

In response, Amdocs countersued T-Jat, claiming, “The defendants, using strategic timing aimed at maximizing the damage to Amdocs, began a smear campaign that included directly contacting Amdocs’ strategic partner and starting futile processes including arbitration, and requesting an injunction… and all the while spreading serious, unfounded and damaging claims against Amdocs.”

T-Jat and its managers claim that although Amdocs alleges that T-Jat undertook groundless action against it – a charge they vigorously deny – Amdocs actually sued two T-Jat shareholders “without any legal cause, while grossly distorting the foundations of corporate law.” They add that only the two shareholders who submitted affidavits in the legal proceedings in the US have been sued.

Drori told “Globes” today, “It is regrettable to see how a company like Amdocs seeks to exploit the Israeli courts to intimidate T-Jat and its employees by filing a fundamentally baseless claim, after T-Jat exposed Amdocs’s attempt to steal intellectual property.”

In this article:lawsuit, Finance, against