Jewelry designer Aya Azrielant is on top of the world; she enjoys fame, fortune and has received international recognition such as artists often can only dream about.

Aya was born in 1948 at the same time as the state of Israel, which is where her name comes from – it means “The Free Land of Israel”. But on what is her own 65th anniversary as well this year, Aya is not looking for more awards or for greater recognition now she is back in her homeland of Israel. All she wants after 30 years of a life spent living in New York, is to continue to be creative and produce the designs that she loves. As well, Aya continues to promote her jewelry brand Aya Azrielant internationally, with a strong conviction that her jewelry designs are truly timeless everywhere. 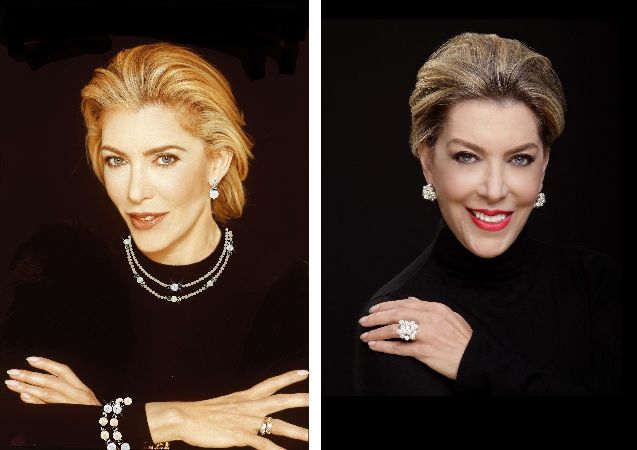 During her heyday in the United States Aya, together with her then husband Ofer, built and owned Andin International, that became one of the three largest jewelry manufacturing companies in the United States, with thousands of employees and branches around the world. She was even elected one of the top 50 leading women in business three years in a row by Working Woman Magazine.

Her jewelry line was launched at the Guggenheim museum in New York, her jewelry was featured in Marie Clair, W and the New York Times Magazine. She moved in all the more elevated social circles of New York, with connections in the arts, politics, charities and the business world. She even connected with Queen Noor of Jordan to help “Seeds for Peace” which she hosted at her gorgeous Penthouse on the Upper West Side.

“I’ve been there done all that and I have no plans to stop”, She confesses.

–  You are at the retirement age, you could afford to sit back and do nothing now, but you still continue to work and create?

“The need, or urge, to create is stronger then I am; I don’t think I can survive without it. The ideas and visions that come to me are as vivid in me today as they were at the very beginning. Everything I see, touch, smell – even a gourmet dish can be a source of inspiration. True designers and artists are without age and really it keeps me young, curious and aware of everything that is happening around me.
I invested quite a bit of resources in building my brand Aya, but during the very difficult process of separation from my former husband and business partner, things were put on hold for a while.
But I am here to stay, and my dream now is to bring the brand back to where it should be again.
As an opening step, I opened my first new retail store at the G Mall here in Park Tzamarot in Tel Aviv – known as the Yoo building, hopefully, with the right partnerships there will be several more”. 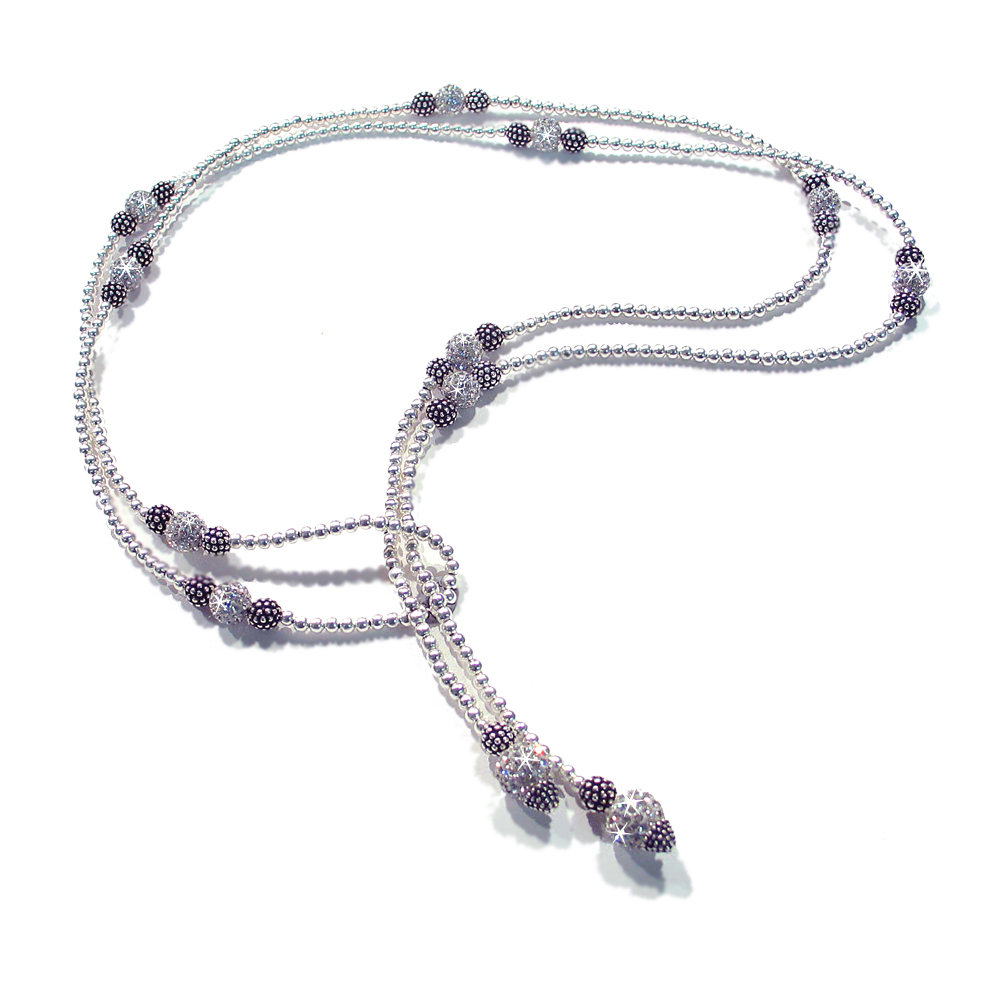 –  The Aya line was always very expensive and up-market; what made you switch to a more affordable line?

“The Aya line originally started with 18K Gold and went from there into diamonds and other precious stones.
Today times have changed, gold and diamonds are now extremely expensive, and I thought it was very important for me to create a line that could be purchased by other working women, like myself, for themselves. So now the Aya line is primarily made of of Sterling silver and Swarovski crystals and is very affordable”.

–  Are you still active in the United States?

“Very much so, I have a showroom and office on Fifth Avenue in Manhattan, with a small staff there. My line is sold at retail chains like Lord & Taylor, Bloomingdales, Kohls and more.
I am represented by the largest jewelry distributor in the United States – Richline, a company owned by Warren Buffet’s Berkshire Hathaway. You can find me as well online at Jewelry.com and even on Amazon”.

Andin International launched Jewelry.com, as on-line resource for jewelry, presenting comprehensive facts and expertise, advice and editorial content, and featuring the biggest and most trusted brand names in the retail jewelry business.

–  What happened to Andin International that you built?

“When Ofer and I separated he stayed with Andin and I took back my brand Aya. Andin was also having difficulties, as was most of the industry at the time, and it merged with, and is now a division of, Richline which is now representing me as well”.
–  Where do you manufacture?

Once an idea is created in my mind, I make the first prototype in New York or in Israel, depending on where I happen to be and the production runs then are mostly in China, India and Jordan”. 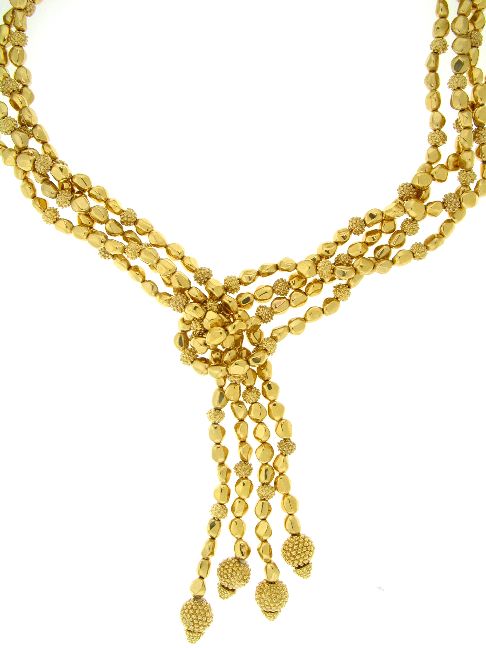 – Are you involved in the marketing process?

“Yes, of course; I try to stay involved in every aspect of the business, and you must keep a hand on the pulse of fashion and trends as well”.
So Aya Azrielant, a former kibutznik, has gone a long way… her grandparents came to Israel in the early nineteen twenties as pioneers from Vienna and built the first kibbutz in the Yizrael Valley – Beit Alpha. Later they moved to Ramat Yohanan in the north and she was born there.

Aya’s grandfather was a scientist and an artist, and when they left the Kibbutz they settled in Tel Aviv where he became the first violin builder in the city. Her mother was a dancer who used to sing and play the mandolin. Her brother became a sculptor; Aya has breathed in art all her life.

Although her family left Kibbutz Ramat Yohanan when Aya was four, she remained connected through frequent visits to her grandmother, through the youth movement in Kiryat Motzkin and the Kannot school of agriculture she attended after her parents divorced.

Aya’s first meaningful marriage was to the poet Yehiel (Hilik) Hazak from Kibbutz Afikim, which yielded her beautiful and talented daughter Tama.

She studied filmmaking in London while her husband Hilik was a “Shaliah” of the Zionist movement, and after two years came back to Israel and was introduced to Ofer Azrielant, a young documentary film producer who was planning a documentary series about Kibbutzim in Israel.

The project did not go very far, but the connection was mad and love resulted with a marriage. Together they soon joined Ofer’s brother in distributing costume jewelry all over Israel, then on building the Israeli Jewelry Exchange (Habursa Le’tachshitim). In 1981 after Ofer and his brother did not see eye to eye anymore, Ofer and Aya moved to New York to start Andin International on their own. 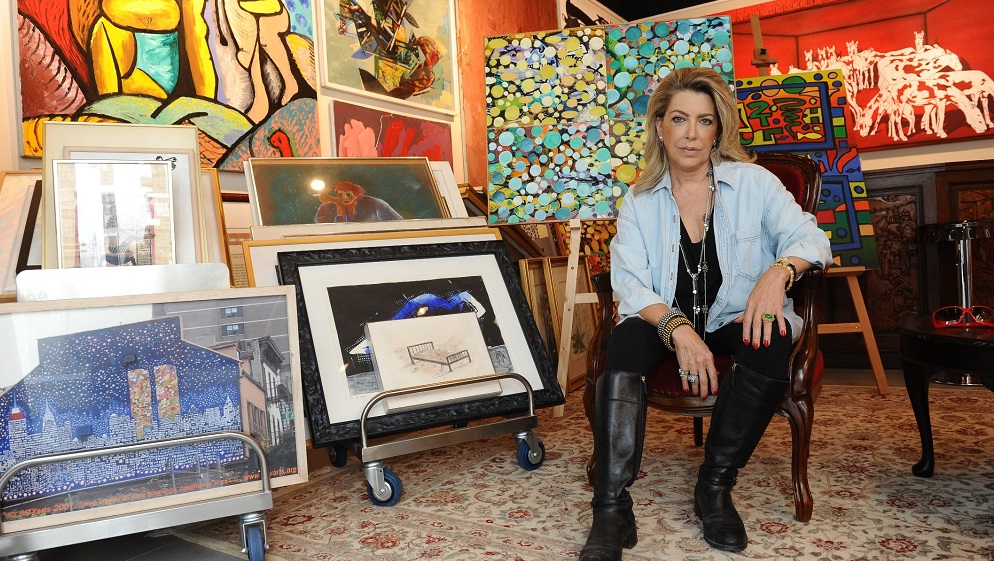 Aya Azrialant in her Art Gallery in Tel Aviv

The company grew by leaps and bound at an accelerating rate, and two children, Jonathan and Lily were born in 1982 and 1987.
They moved to a beautiful penthouse apartment on the Upper West Side.

Their jewelry collections were distributed all over the United States, and could be found in all the big retail chains such as JC Penny, Sears, Macy’s and more. The couple worked “24/7”; they travelled the world where they had offices and employees; sometimes the children joined them, and sometimes stayed with nannies….
Focusing on such a glorious career took a great toll.

“On the one hand”, Aya now admits in her straight forward manner, “my children were exposed to different cultures and languages with all the numerous trips they took with us; on the other hand, I was not there with a warm meal when they came home from school and no nanny in the world can replace a mother’s presence. I did what I could and I am trying now to compensate and repair the voids… not always very successfully…”

Tama lives in Israel now after many years in the US. Jonathan, who served in a combat unit in the Israeli army lives in New York and manages the marketing of Jewelry.com. Lily has finished her studies at NYU and is looking for her way into the theater world. No-one has married yet and Aya is patiently waiting to someday become a grandmother.
The Starfish is the central emblem of her designer brand; Aya has created an entire line of earrings, brooches, pendants and even a watch around this design motif.
She has created so many innovative designs; among them “Maggies by Aya” a patented line of magnetic earrings.

Her passion is art and her other love is singing; Aya studied voice for many years with Candace Guetz and even produced her own record with the help of Nachtze Heiman, called “Songs Born Before Me” – all songs her mother used to sing for her …

This love of singing had to be put aside after the very intense radiation sessions Aya went through as a result of a cancer that was found in her tonsil – she called it the “Shrimp”.

Her partner, Shlomo Katz,  came to Aya’s life, for the second time, in 2005 as she was recovering from a broken relationship after her boyfriend at the time, the high tech tycoon Effi Arazi left her. Shlomo and Aya had dated forty years earlier when he was 18 and she only 16.

This time Shlomo came to stay.

He left his own business in southern Israeli city Eilat, and took care of Aya through the very difficult time of her radiation treatments in New York.

Today, Aya and Shlomo live in a beautiful Penthouse apartment with breathtaking views of Tel Aviv. They divide their time between Tel Aviv and New York and are only a few steps away from the beautiful store in the G mall so Aya can keep an eye on it when she is in town.

–  Do you have some more dreams?

“Yes, that my children will build families and will make me a grandmother, I promise to be a good one”.

In this article:people, new york, Finance