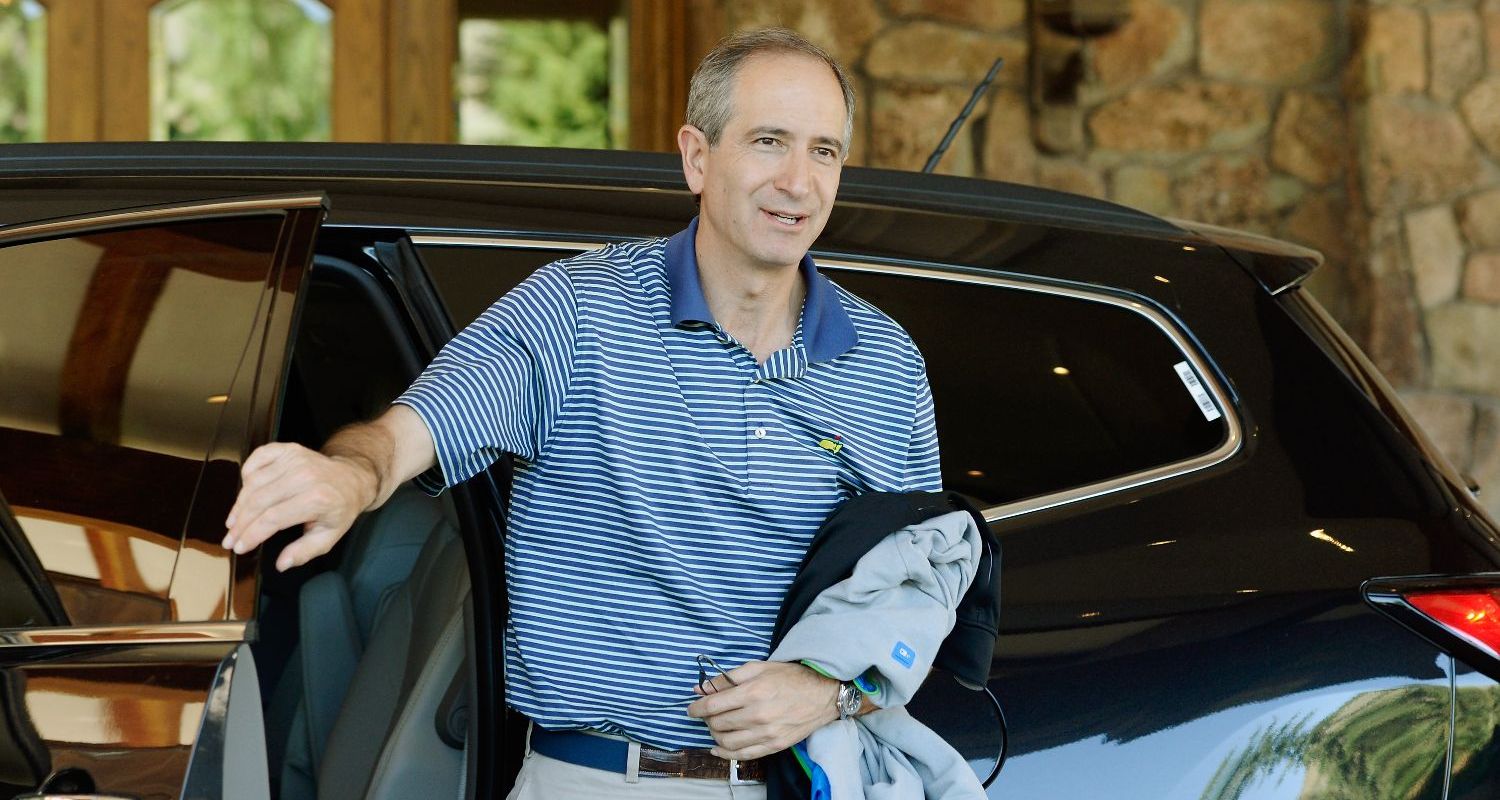 Press reports in the US are circulating that giant US cable company Comcast may be talking to much smaller competitor Charter Communications to possibly consider making a joint bid for Time Warner Cable, which is the second largest cable company in the US after Comcast itself.

Charter on its own may be a very small fish, but today is backed by billionaire John Malone of Liberty Media who acquired a 27% interest in May from a private equity group led by Apollo Global Management, who still remain significant shareholders.

The whole area of media content delivery, whether by cable, satellite, broadband or by traditional over-the-air broadcast of network TV and local stations, and content creation and programming origination is now in great flux in the US, and indeed elsewhere as well.

On the one hand giant companies, with Comcast very much amongst them, are seeking to protect powerful existing entrenched market and profit positions against both consumer interests and disruptive technology trends. And as technology continues to change so the tentacles of these giants keep spreading too, in many different directions, to try and maintain their position, so far it must be said successfully against the disruptors.

Comcast Corporation is today the largest cable company and home broad-band provider in the United States, and its third largest telephone service provider as well. After acquiring majority control of media company NBCUniversal in 2011, and the rest in 2013, from GE the company is also now a major content supplier of films and television shows, with Universal Pictures and owns Universal’s theme resorts.

The deal to buy NBC in 2011 from GE was greeted with some reserve, just as Comcast’s earlier purchase of AT&T’s broadband business had also been considered a significant risk at the time.

However, after spending billions to cover the 2012 London Olympics NBC ended up surpassing even the most optimistic projections for audience, with over 200 million Americans watching some part of the games. And after years stuck at the bottom in network ratings, recent rankings have elevated NBC right back up there, and even leading in the key 18-49 age group statistic.

Today, too, Comcast has as many broadband users as cable customers as the company has successfully swum with the technology tide as well, rather than just ignoring it. Indeed to many of its customers it simply sells both.

With annual revenues of US$64 billion, EBITDA of US$21 billion, net income of US$6.4 billion (all trailing twelve months figures) and a market cap of over US$130 billion Comcast ranks as one of America’s most successful business corporations today.

As background to the idea of more cable industry acquisition activity, there are a number of profound cross-currents operating in the US media landscape today to consider. The industry participants are continuously assessing and trying to adjust to as best they can to these.

Some relate to distribution power, where for example national and local television broadcasters have upped the ante several times in recent years by demanding ever-larger re-transmission fees that they have been permitted to obtain from cable operators.

CBS broadcasting even shut down their transmissions to Time Warner Cable for a time earlier this year in New York, until the cable company gave in and agreed to higher re-transmission fees.

Others relate to the clout wielded even further back up the media chain, by large media companies who provide programming such as Viacom or Walt Disney. Hence ESPN, Disney’s sports channel,  charges huge sums for the cable channels to carry their live sports programming which enable them in turn to make massive multi year, multi billion dollar commitments to the country’s sports franchises.

If you ever wondered where all the money to pay the huge basket ball and football salaries we read about comes from – in the end it comes from you when you turn on your cable and sit and watch it,  albeit removed several times. ESPN has apparently committed to pay US$15 billion to the NFL until the year 2021 for the rights to broadcast their Monday night football matches live, as just one example.

In addition to such structural influences we can add the increasingly technical changes taking place in the industry, including the internet itself and the high-speed direct streaming of content and data which it now permits. In theory this kind of disintermediation could then allow for the unbundling of many of the packaged choices that have been forced on the consumer in the US and elsewhere by cable companies hitherto.

Media streaming company Netflix,  which grew out of the mail order rental of DVDs, is just one example here of the kind of unbundling that could take place, though even Netflix has had to resort to originating its own programming in order to evade traditional sourcing relationships The first of such inhouse production deals, House of Cards, was an enormous success which will give them confidence going forward.

There are other potentially disruptive technologies out there too, such as Barry Diller’s Aereo,  which in principle could cut out the cable guys completely. It works by individually re-transmitting network over-the-air programming in a creative way, using warehouse-farms full of tens of thousands of tiny individual antennas each combined with a high speed internet link to a customer’s home. At least one appeals court has already said this indeed does get around existing laws against commercial “one-many” re-distribution.

Cable companies are also responding partly by getting in to the same businesses. Comcast for example is now already a major player in the broadband business too, so if programmes come down an internet pipe, instead of through its cable TV box, they will still get paid. Indeed by increasing ownership of the internet pipes as well, and by then proceeding to raise prices by imposing data caps and usage charges, in violation of the somewhat idealistic principle of net-neutrality espoused by many but not yet enshrined in law, they might well simply retain all their existing monopolistic powers and deflect the disruptive threats to them that way. Regulators have so far been slow to say they don’t have the right to do so.

In expectation of an additional, indeed more traditional approach however, Wall Street has also been bracing for, and indeed probably will welcome, yet another new round of M&A consolidation of the cable industry itself as distributors seek the safety of becoming bigger in order to preserve their profits in such a technologically complex and potentially uncertain competitive landscape.

A few years ago, in 2009 the US Court of appeals threw out a restrictive rule the Federal Communications Commission had imposed whereby no cable company could own more than 30% of the national cable market. Since this decision the regulatory threat against such greater concentration of ownership has diminished. And now the business cycle has recovered we may be getting ready to see more of it again.

The fortress the industry is defending remains a formidable one, with a national customer base of some 58 million customers. Satellite with 34 million subscribers and telephone companies with another 10 million (but growing) video customers are still less than half the total combined.

So the bottom line is, with this background in mind we should all watch carefully to see if Comcast does now bid to buy Time Warner Cable or if they indeed should form a partnership with Charter/Liberty to do it, or whether they in the end just leave well alone.

If there was just a two way tie-up between Comcast and Time Warner Cable the merged company would then have over 34 million video customers in the U.S. Since that would account for nearly 60% of the cable industry, the smart money might be on a politically more palatable three way deal that includes Charter in there as well, if it is to happen at all.

Finally, even if technology companies such as Apple with their long-rumoured initiative to create a simpler form of TV experience, and Google’s rollout of their own fibre-to-the-home network are successful they will both depend on the supply of programming and content in order to compete with the established players. The media companies themselves seem not to be in any great hurry to supply them, except on similar terms to those they enjoy today. Unlike the music business ten years ago their business model is not broken; far from it that is the trouble.- 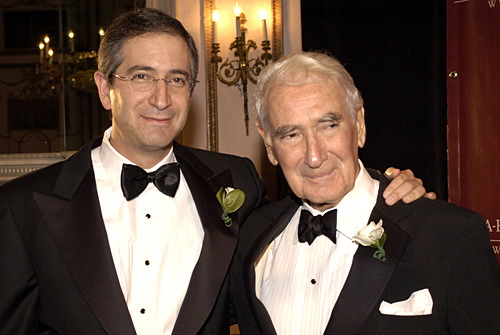 About The Roberts Family

Headquartered in Philadelphia, and the principal employer today in the city, Comcast was founded 50 years ago by Ralph Roberts, who is now 93, and who today remains as Chairman Emeritus of the company.

Ralph Roberts grew up in Rochelle New York, and graduated from the Wharton School of the University of Pennsylvania.  After four years in the US Navy he went out to work selling golf clubs and later worked for the Pioneer Suspender Company, which he ended up owning.

After he sold it he started buying community antenna television systems, which supplied TV to rural areas. Finally in 1963 with two partners they bought a small cable TV serviced in Mississippi,  which became the forerunner of Comcast itself.

He married his wife Suzanne in 1942 and they had five children together, including Brian who now runs Comcast.

Brian Roberts, who is 54, is the current Chairman of the Board and CEO of Comcast and has been the key driver of growing the business in recent years through significant acquisitions, including the addition of broadband and, as well, organic growth.

He was born and raised in Philadelphia, graduated from high school at the Germantown Academy and earned his BSc at the same school as his father, the Wharton School of the University of Pennsylvania.

Brian is married to Aileen and they have three children. She is Director of the Barnes Foundation,  home to the famous Barnes art collection.

Brian Roberts has stayed close to his Jewish roots earning awards from both the Simon Wiesenthal Center and the Shoah Foundation. An excellent squash player, he has competed in five Maccabiah Games in Israel, winning one gold and four silver medals there. In 1985 when he won the silver medal, New York real estate mogul Stephen Green won the bronze medal in the same contest. These are all high-energy guys.