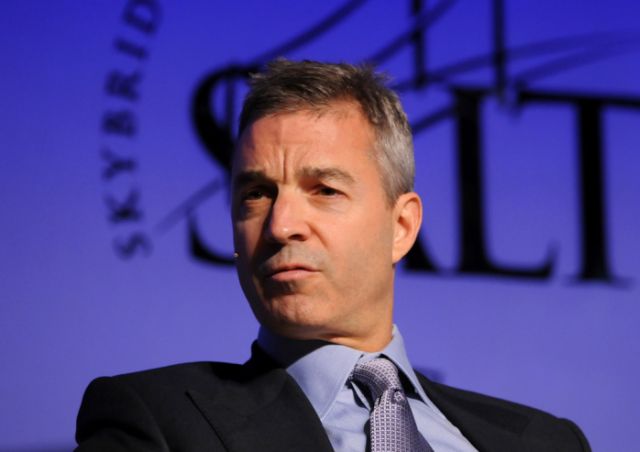 The New York financial industry really does have a conscience, and also its own charitable foundation, called Robin Hood. This comes with no apparent sense of irony at all however, as the industry’s practitioners are generally the rich stealing from the poor rather than the other way around.

Last week however the Robin Hood Foundation sponsored its own financial conference in New York at which all the usual heavyweights turned out to speak in order to help raise money for the charity.

All funds raised by Robin Hood are directed towards alleviating poverty in New York, with the long-term goal of some day ultimately even eliminating it completely as well somehow. Indeed the title of this conference is even “Redefining the meaning of higher returns”.

As part of the arrangement, all the speakers had been asked to provide some new tit-bits of financial news in order to surprise the guests, all of whom were industry stars who had paid big bucks to attend. In a news-driven industry this is of course a good incentive for people to show up.

One of the speakers was Daniel Loeb, who runs the hedge fund Third Point. Fresh from his run-in recently with George Clooney over his criticisms of Sony, which he definitely got the worse of, an unrepentant Dan Loeb announced a new foray into the Japanese stock market. This time most likely, and unusually for him, an investment in a supportive role which he has made with a new US$1 billion investment in SoftBank.

Hitherto SoftBank has been mainly a software company, one which has made a number of acquisitions in the past year in the mobile space, acquiring makers of games, music and videos, in order to generate more revenue from smartphone users. As well, SoftBank has now branched directly into providing cellular services as well.

Accordingly, the Tokyo-based SoftBank founded and run by billionaire Masayoshi Son, recently shelled out almost US$22 billion to buy Sprint Corp which is the third ranked cellular phone operator in the US, in July succeeding after a bruising take-over battle. He also purchased controlling stakes in game developer Supercell and U.S. mobile phone distributor Brightstar, in October.

With SoftBank having a market value already close to US$100 billion, this purchase by Third Point gives him about a 1% stake – which does not really give him a lot of clout but makes a good passive investment if it continues to do well.

In contrast, Third Point claimed to hold as much as 6.5 percent of Sony who nevertheless ignored his attentions, though with extreme politeness it must be said.

At the conference Loeb indicated he has met Masayoshi Son and was impressed by the Japanese billionaire’s leadership and SoftBank’s prospects. Third Point likes SoftBank’s internal growth potential and also its external acquisitions of game-maker Gungho and Chinese e-commerce company Alibaba Group too, apparently.

SoftBank owns about 37 percent of Alibaba, which is China’s largest e-commerce operator, equivalent to Amazon, and this stake alone may be worth as much as US$70 billion. So what’s not to like….

Mr. Loeb has recently publicly expressed support for the economic policies of Japan’s Prime Minister Shinzo Abe. So he obviously feels comfortable with investing in Japan, a country he recently visited, now that country shows signs of economic growth again after several years of stagnation. With his Softbank holding this time, too, he may just have got it right.

Even Sony may come good without divesting its film business, after it recently announced it would for a while at least be concentrating on TV production. And its’ just released Play Station 4 is also making a lot of buzz with the gaming crowd.