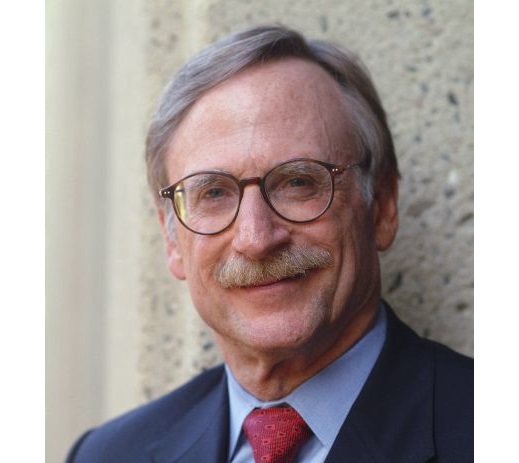 Economists often compare similar economies to isolate the impact of a particular difference. This approach provides a compelling picture of the role of specific factors in driving or undermining an economy’s success.

For example, despite their common historical and cultural roots, North and South Korea are very different societies. The former has a considerably lower standard of living, owing to its communist government and centrally planned economy, which contrast sharply with South Korea’s democratic government and mixed capitalist economy.

Germany’s experience after World War II provides another telling example. When the Berlin Wall fell, barely two generations after the war ended, the standard of living in communist East Germany was just one-fifth the level attained in capitalist West Germany.

The same approach can be used to understand why Chile is prospering, while neighboring Argentina is floundering.

First, the similarities. Both countries are oriented along a north-south axis, and are characterized by varied terrain, long shorelines, and abundant agriculture, ranching, and vineyards. Both won independence from Spain two centuries ago. Both have populations composed largely of people of European descent. Both have histories of military rule. And both have recently experienced political turmoil, including large – sometimes violent – public protests.

Moreover, Chile and Argentina are democracies that have been governed from the right and the left. In Chile, a president can serve multiple terms, but not consecutively. So President Sebastián Piñera – a centrist leading a center-right coalition – cannot be a candidate for re-election next year, though he may run in 2018.

While Chile’s governing coalition – especially Finance Minister Felipe Larraín – has done much to strengthen the country’s macroeconomic performance, it has also struggled to find a strong presidential candidate; a scandal followed an intense internal battle for succession, with the center-right coalition forced to run its third-choice candidate. The leader of the center-left alliance, the Socialist Party’s Michelle Bachelet (who was Piñera’s predecessor), won the first round handily and is expected to be elected next year.

Meanwhile, despite having expanded her office’s power, Argentine President Cristina Fernández de Kirchner – who succeeded her late husband, Néstor Kirchner, in 2007 – is constitutionally prohibited from running for a third consecutive term. Her failure to win the two-thirds parliamentary majority needed to amend the constitution, together with opposition candidates’ success in recent midterm elections, suggests that Argentina may well be set for a rightward shift in 2015.

Now, the differences. The two countries’ economic policies diverge in important ways. Chile has usually followed economically sensible policies – sometimes innovatively so. For example, copper revenue, which comprises 13% of the budget, must be spent on the basis of a long-term, independently verified planning price, with excess revenue accumulated in a fund to be used when copper prices dip.

Furthermore, Chile’s central bank has kept inflation low – it now stands at about 2% – and the budget is almost balanced. The country’s pension system emphasizes private saving and individual responsibility. A bilateral free-trade agreement has facilitated a surge in trade with the United States. And Chile has participated actively in the negotiations for the Trans-Pacific Partnership (TPP) trade deal.

To be sure, Bachelet’s proposals for higher corporate taxes, increased welfare spending, greater government control over pensions, and a re-examination of Chile’s participation in the TPP threaten to reverse much of this progress. But if, once in office, she reverts to the more centrist policies of her previous term, Chile may maintain its economic momentum.

Argentina, by contrast, engages in serial, self-inflicted economic upheaval. With a population that is twice the size of Chile’s, newly discovered energy deposits, and a vibrant capital city, Argentina has vast economic potential. Indeed, a century ago, it was one of the world’s wealthiest countries, with a standard of living on par with that of the US. Today, however, Argentina’s per capita income amounts to just 40% of America’s, and is considerably lower than Chile’s.

The spread between the official exchange rate and the black-market rate – the so-called “Dólar Blue” – now stands at 60%. Unsurprisingly, virtually every retailer in Buenos Aires quotes a dollar price and a peso price. This can be explained partly by high inflation, which independent analysts put at roughly 25% – more than double the official estimate of 10%. Since Kirchner replaced the lead inflation statistician at the National Statistics Institute in 2007, Argentina’s official inflation figures have been conspicuously lower than other estimates. (Chile’s inflation figures have been criticized, too, though to a much smaller extent, and Chile’s state statistics institute is far more independent of the government than Argentina’s.)

Fernández’s government bullies and nationalizes businesses, and pressures the central bank to use international reserves for debt payments. And Argentina’s major trade agreement, Mercosur, has fallen far short of its potential. Over the next five years, the International Monetary Fund expects Argentina to experience weaker growth, higher inflation, and more unemployment than Chile.

Fortunately, voters are increasingly turning against Fernández’s government. In August, opposition candidates like Sergio Massa and Mauricio Macri attracted substantial electoral support with their business-friendly, anti-inflation campaigns, making them likely presidential candidates in 2015. Even if Fernández does not cause too much damage in the interim, her successor will have to restore Argentina’s credibility at home and abroad, in order to prevent capital flight.

Can an Argentine president promote disinflation and retain voter support during a period of slower growth, or even recession? It happened in the US. President Ronald Reagan supported US Federal Reserve Chairman Paul Volcker’s disinflation, despite a deep recession, a temporary spike in unemployment, and midterm election losses. The economy soon rebounded, and Reagan was re-elected. Price stability enabled a quarter-century of strong growth and low unemployment, interrupted by two brief, mild recessions – the best macroeconomic performance in American history.

One hopes that Argentina will learn from its western neighbor – and that a Bachelet administration in Chile will look across the Andes, recognize where its proposals risk taking the country, and change course before it is too late.

In this article:Chile, Argentina, Finance, Professor, Professor of Economics