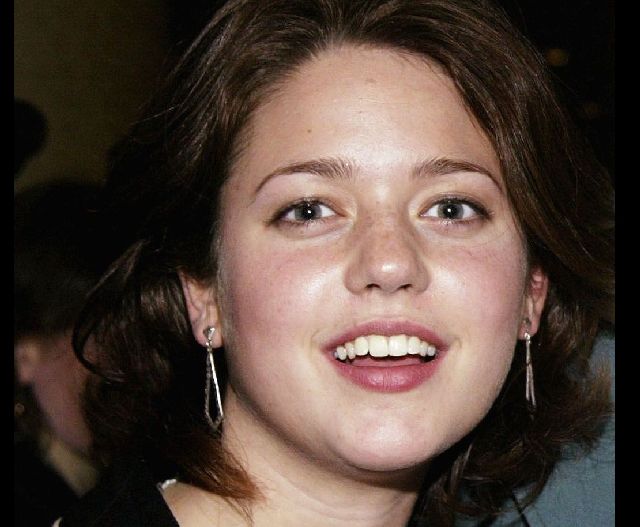 This week Forbes.com has a story being  included in their December 2nd issue “Liesel Pritzker Simmons Sued Her Family And Got $500 Million, But She’s No Trust Fund Baby”, an  interview with Liesel Pritzker Simmons, who is a very bright, beautiful, highly talented and extremely intelligent young woman. She also has today a very large inheritance and a juicy history of family feuding to go with it. She also demonstrated plenty of pluck when she needed it to stand up to those who it seemed were trying to take it away from her eleven years ago.

Liesel’s grandfather Abram Pritzker and her Uncle Jay Pritzker built the Chicago Pritzker family fortune into a $15 billion empire, which was held in family trusts and eventually split up after her Uncle’s death in 1999. Liesel was instrumental in bringing this about when it seemed she was being cut of the family’s fortunes, by her own father Robert Pritzker of all people.

After going to court on behalf of herself and her brother, the now sprawling family of 11 cousins, including current Commerce Secretary Penny Pritzker, settled in 2005 when it looked like a judge was likely going to rule in favour of her arguments. This then led to a parting of the ways for all the Pritzkers with each getting their cut of the family’s cash reserves and separately held shares in the remaining businesses left behind – mainly the now publicly listed Hyatt Hotel Group.

The song says that breaking up is hard to do; one suspects in this case it was only hard in legal terms, as it was obviously very complicated technically. But afterwards all the 11 cousins left in the family today are probably much happier apart, each doing their own thing, than when they were tied together in what had become an increasingly acrimonious financial embrace. And it took an eighteen-year old girl at the time to do it.

It seems Liesel’s own share of the family fortune was around US$500 million give or take. In interviews she is very proud to have avoided the “Paris Hilton” syndrome and to have become her own person despite the wealth she has now inherited. And, it seems she is indeed refreshingly normal in the video conversations she has with news reporters. 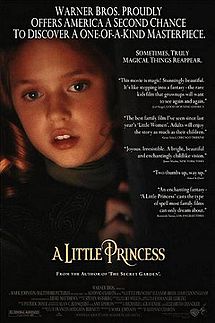 For one thing, Liesel somehow had all on her own become a very successful movie actress at the tender age of eleven years old. She was the star of the movie called “A Little Princess” about a child growing up in a New York boarding school, loosely derived from the classic novel by Frances Hodgson Burnett. Whilst not commercially successful the movie was artistically highly regarded and even nominated for an Oscar. Two years later she played opposite Harrison Ford in “Air Force One”, as the daughter of the President, which was a hugely successful film, so this was no accident.

After graduating from Chicago’s New Trier High School, and then becoming a new African history major, she began a law suit in 2002 while an undergraduate at Columbia University when she saw that it looked like her and her brother’s trust funds were being mysteriously depleted by her own family.

Nearly three years later, the family settled with her and her brother at the beginning of 2005, after the Judge in the case announced it seemed like there would be a very good case to answer. Now the newly completely independent Liesel had some serious internal emotional re-balancing to do, so she followed the script in such cases, dropped out of school and travelled to far away places in order to do so.

After teaching yoga to drug addicts in northern India and helping with microfinance in Tanzania she came back to the States with new perceptions on life a few months later.

In 2008 she gave her mother Irene, to whom she is very close, and who had divorced her father after nine years of marriage, apparently with a good deal of acrimony during the divorce proceedings, US$50 million to start her own foundation the IDP Foundation formed in 2008 with education as its focus.

“She was always incredibly aware of the fact that ‘There but for the grace of God go I’ ” says Irene Pritzker. Her mother, in turn, hired Liesel to be her deputy.

With this foundation Liesel Pritzker Simmons was happy to put her toe into the water and simply learn how to be a philanthropist. Their first project was a pilot program designed to marry financial literacy and microloans at a group of low-cost private schools in Ghana.

Yet this was just the beginning. Her next project has been to commit to put another US$50 million into what is fashionably known as “impact investing”, or investing for profit but with socially responsible goals at the same time. This can either be directly targeted, as with the US$50 million committed or even with the way any rich person balances the rest of their portfolio, which is usually a much more passive process.

Examples of the former include investments Liesel has made in companies like Karibu Homes, an affordable housing developer in Nairobi, and EcoPost, a nascent Kenyan company that turns plastic into fence posts. In her interview with Forbes she also refers to investing in a process to dehydrate human fecal sludge and turn it into a very effective form of fuel. For many places in Africa this can kill two birds with a single stone, where sanitation can be sorely lacking and where fuel is scarce or expensive.

The US$50 million comes from Liesel herself and from her very like minded husband Ian Simmons. He comes from much more blue-blooded stock and is a scion of American privilege, unlike the scrappy Pritzker brothers from Chicago whose family immigrated from the Ukraine.

The rest of their portfolios, which together Forbes indicate may be worth as much as US$600 million are directed more passively but are gradually being focused on impact investing as well where they can. 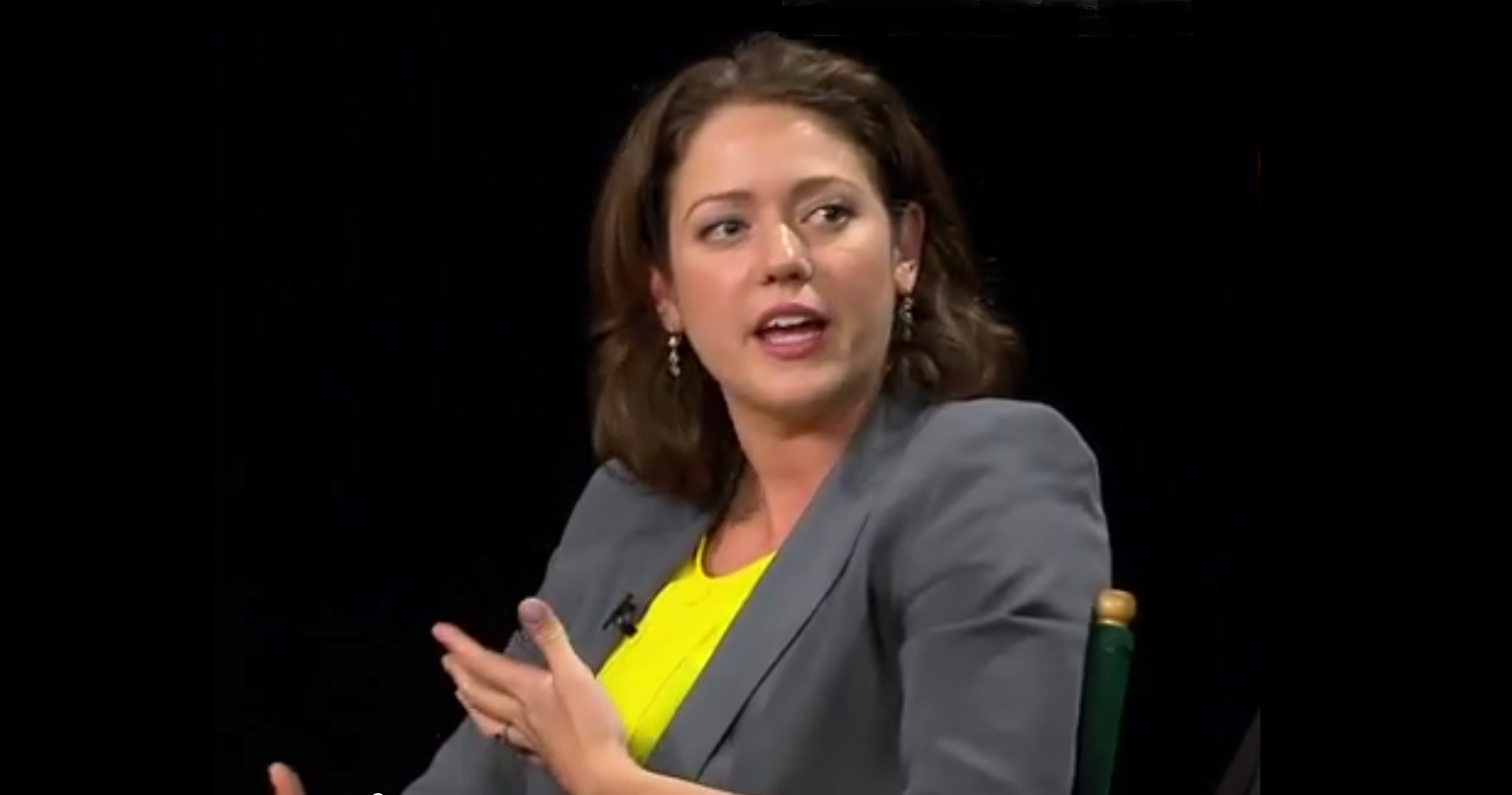 Of course compromises have to be made. In a video interview Liesel refers to shares of General Electric as a terrific company even though they have, for example, divisions involved in the armaments business. She says you have to look at the overall balance of what they do and whether it is on balance a force for good in the world.

Sound advice coming from one so young, today she is still only 29, yet the strong message that comes through from an increasingly well articulated voice is that everything we do, actively or passively has a moral component and it is through that lens that we should initiate the judgments we make.

In the rough and tumble of the nineteen thirties when her grandfather was building the business he likely had to deal with a number of unsavory people. Later on some of her cousins were consolidating the empire her grandfather had bequeathed doubtless with some ruthless behaviours of their own. That is how you get to be a US$15 billion empire after all.

Hence not only is Liesel Pritzker Simmon’s moral compass a refreshing one it most likely has some elements in it, conscious or unconscious, that is reacting firmly against some of the family the practices of the past that actually form the basis for her inheritance. Responsibility without guilt perhaps?

At the end of one of her video interviews she says clearly she knows she inherited all this money she didn’t earn it, and she wasn’t going to screw it all up. That is a commitment both to excellence and to a view of the world perhaps different than before.

One can only commend her and wish her great success. Yet at the same time listening to her she talks almost like any other investment fund manager does these days, and one can sense that perhaps something has been lost. If she was a talented actress before, is there not some part of her now tucked away that is not committed to business and investing – or is she really her grandfather’s daughter after all!