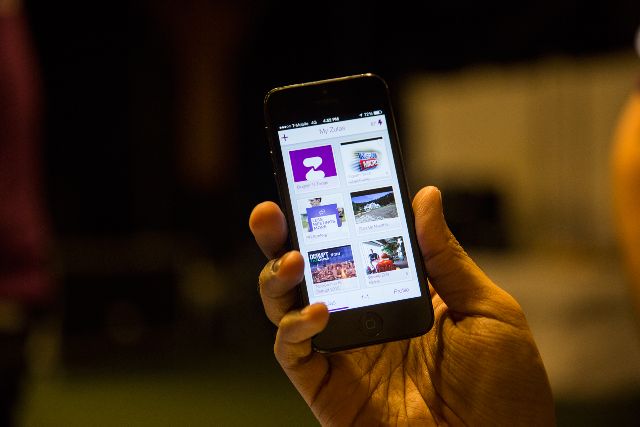 New Israeli start-up Zula launched early in 2013 with seed funding from OurCrowd, Kima Ventures, Gigy Levy and other seed partners. It has been founded by Jeff Pulver and his experienced CEO Jacob Ner-David.

Zula is a new mobile-focused collaboration app presently available for iOS and Android, one whose developers took a good look at the productivity landscape and decided it was time for a change. With a team comprised of pioneers in the communication space as well as established entrepreneurs, Zula has set a goal for itself to streamline mobile collaboration and productivity.

With its currently free, cross-platform, mobile app Zula offers teams the ability to manage a task without the hassle of being glued to a computer. Yet another case of the current mantra that “its all about mobile”, or as another tech site has put it “mobile is the only space in tech today where reality exceeds the hype”.

The Zula experience incorporates all elements of an average work-flow including file-sharing, group and one-on one-messaging, a seamless on-boarding process, as well as one-touch conference calling for the whole team.

Now it has been confirmed that Microsoft is investing in Zula, through Microsft Ventures, who are basically providing a second round investment. The amount Microsoft is injecting has not been disclosed, however it is reported not to be huge but certainly enough to feed the development team for enough time to they build out the initial products, improve them and start to add further additional product extensions as well.

Microsoft is hugely late to the mobile party but has been pushing hard of late to get its stake back into the ground. Accordingly now, for sure, we will almost certainly also see a Windows 8 version of Zula before too long for Microsoft’s shiny new Nokia phones.

“Improving team collaboration on mobile devices has a huge potential for customers of all sizes, ” said Rahul Sood, General Manager of Microsoft Ventures, in a statement. “Zula has created a brilliant app that brings your team together in a seamless way to get more work done.”

“We are thrilled to have Microsoft Ventures on board with our vision. With their support, we intend to bring team communication and more advanced features for groups of all sizes. We are only getting started, ” said Jeff Pulver, who co-founded Zula with Jacob Ner-David the company’s CEO. Ner-David is himself a serial entrepreneur and previous CEO of Delta Three.

Microsoft Ventures was set up earlier this year as a new initiative from Microsoft. It cobbled together its earlier “BizSpark” program for free software and other basic needs for startups; then added the “Microsoft Accelerator”; and now finally also adds seed investments in startups to the mix to build on the investment work Microsoft was already been doing through its Bing Fund.

Zula is already the second investment Microsoft Ventures has committed to in Israel. The first was an enterprise mobility startup, exotically called “Sky Giraffe”, again for an undisclosed sum of money.