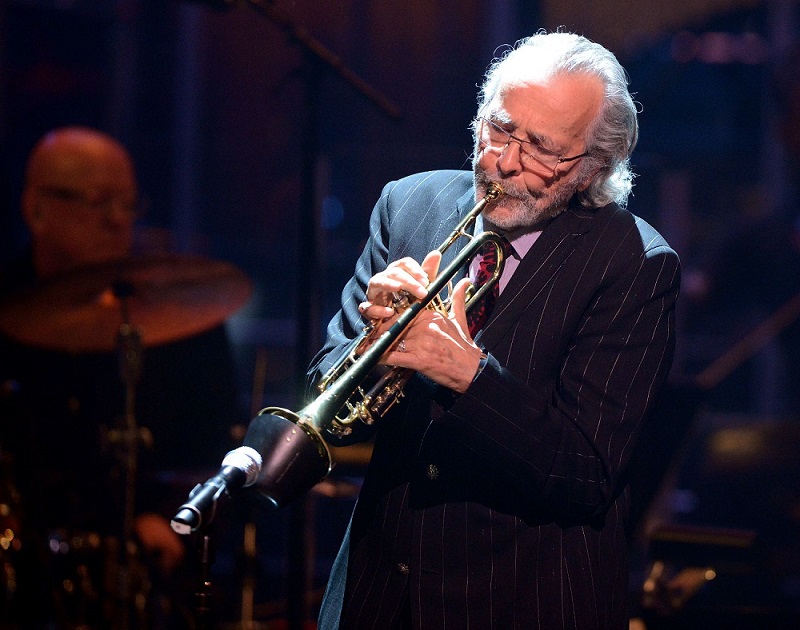 Herb Alpert among the most successful and certainly unusual music stars of the sixties and seventies recently announced that he will be donating $300, 000 to the music department at Los Angeles City College, where his brother was a student many years ago.  Among the uses of the money will be put to be the forming of the department’s record label, “Herb Alpert Scholars”, which will produce and release recordings of the students’ works. Herb’s gift  will be distributed over the coming three years through the Herb Alpert Foundation.

Alpert, as well as being a Mexican-style bandleader and the highly talented  trumpet player, knows a lot about the record business  having been joint head of A&M records, a highly successful label of during  the height of his career which he owned with Jerry Moss before selling the label to PolyGram  in the late 1980s.

Announcing his donation Alpert stated it has always been his goal to help create opportunities for talented young people through leveling  the playing field and giving everyone an equal chance to make their way in the music business.

Among those who graduated from Los Angeles City College’s music department’s include orchestral conductor Leonard Slatkin, folk singer Odetta renowned  film composer John Williams as well as a number of the music industry’s most successful artists and performers including Jerry Goldsmith, Jerry Leiber and Mike Stoller.

The Los Angeles City College Music Department is currently in the middle of a $13 million modernization project, which will include an extended 200-seater recital hall, new 150-seat lecture hall, state-of-the-art electronic recording studios, a new music library, among other facilities.

During the height of his recording career Herb Alpert was best known as the leader of Herb Alpert & the Tijuana Brass, who produced five number one albums out of a total of 28 albums that featured at one time on the US Billboard charts. Alpert won a total of eight Grammy Awards, released fourteen platinum albums and fifteen gold albums, and throughout his recording career sold a total of 72 million albums worldwide.

Alpert still retains the distinction  of being the only  recording artist  to reach the number one spot on the U.S. Billboard Hot 100 pop charts as both a vocalist with his hit single “This Guy’s in Love with You, ” which he recorded in 1968 and has an instrumentalist with his trumpet single “Rise, ” which was released in 1979.

The height of popularity for Alpert and his Tijuana Brass was in  1966 when he sold over 13 million recordings, outstripping even the Beatles who were at the height of their popularity at that time. It was during that year that, according to the Guinness Book of World Records, Alpert set a new record by having a total of five albums appearing simultaneously in the top 20 on the US Billboard Pop Album Chart, an accomplishment that has never been equaled to this day.

Herb Alpert was born in Los Angeles, California. After graduating from Fairfax High School in 1952, Alpert enlisted in the U.S. Army. Following  his release, Alpert first tried his hand at acting, but eventually deciding on a career in the  music industry.

Alpert’s first steps in the music  industry were in 1957, as  a songwriter for a now defunct record label, Keen Records.  During the two years he was with Keen Records Herb was co-writer of  a number of successful chart hits, with his best known being “Wonderful World” performed by the late Sam Cooke.

Herb  left Keen Records in 1960, to begin his recording career as a vocalist at RCA Records, originally under the name of Dore Alpert, which gradually changed to Herb Alpert and grew to become Herb Alpert and the Tijuana brass

Alpert and wife Lani Hall are substantial philanthropists through the operation of the Herb Alpert Foundation.

Advertisement. Scroll to continue reading.
In this article:Finance, The Beatles