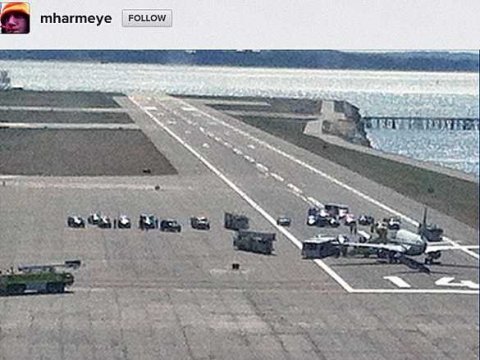 On July 25th, 2000 Air France Flight 4590, a Concorde supersonic airliner operated by Air France, took off from Charles de Gaulle Airport near Paris . The needle-nosed plane burst into flames during the late stages of the takeoff run, too late for it to be aborted, and after circling helplessly with loss of power it crashed into a nearby hotel and 113 people died, including everybody on board.

The whole Concorde supersonic programme never quite recovered from the incident, and all planes were permanently retired from service just three years later. The board of enquiry set up to investigate the crash eventually found that the plane was overweight as it was cleared for takeoff, but also found that the immediate cause of the crash was a large piece of sharp metal 17 inches long that had fallen off the last plane to previously use the runway, a Continental Airlines DC10.

Flight 4590 had struck the debris on its takeoff run, but was simply going much too fast to stop so had to take off in a crippled condition. Thus a single piece of sharp metal basically caused the crash, in an enactment of every airport manager’s worst nightmare.

While human runway inspections were mandatory even then they were not universal, and the fear is always there that someone will miss something.

Well, Israeli technology company Xsight Systems has indeed invented a better mousetrap, and developed sensing technology that continuously scans airport runways all along their length to prevent just such events from occurring ever again.

Today, the company announced the installation of its first completely automated foreign object debris (FOD) detection system at a US airport. Boston Logan International Airport has equipped its busiest runway, runway “09-27” with the Israeli system, called with no surprises FODetect, so that planes can take off and land certain in the knowledge there is nothing to hit that is in the way when they do.

The installation is the result of a competitive bidding process and years of work with both the US Federal Aviation Authority and the Massachusetts Port Authority (Massport) which runs the airport. FODetect is installed on runway “09-27”, the busiest departure runway at the airport, and is now in full operational use.

“Objects such as dislodged airplane pieces are now being safely detected and removed, protecting planes and passengers, ” said Alon Nitzan, President and CEO of Xsight Systems. “Airport operators now have the ability to detect and remove objects as they appear on runway surfaces in between flights – a huge advantage which can save airlines millions of dollars in potential damage to planes, and enhance safety by adding a new layer of protection for passengers.”

Xsight Systems is based in Rosh Haayin in Israel, and its US headquarters is in Boston. the Chairman of its board of Directors is Alan Dumanis who is also CEO of Docor International Management, a Dutch Venture Capital, subsidiary of The Van-Leer group Foundation.

The technology works using a unique hybrid optical-radar remote-sensing technology and strategic positioning of its sensors alongside the runway, co-located with the runway edge lights. Besides greatly reducing the risks associated with FOD, airports using FODetect benefit from a full video coverage of the runway at all times. FODetect is fully compliant with all FAA/FCC regulations for FOD Detection Equipment. 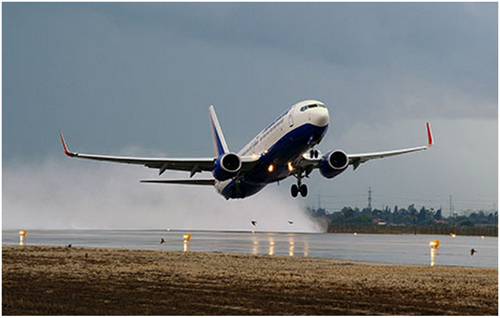 BirdWize from Xsight Systems provides automatic bird recognition while also
estimating the size of the bird and transmitting a real-time
alert to an airport’s wildlife team.

“FODetect is a paradigm change to how runway surfaces are managed, ” added Nitzan. “A few days after deployment, the system had already proved its capabilities by detecting FOD, which was quickly retrieved.”

Logan Airport has documented more than 100 pieces of debris since January, said Ed Freni, director of aviation for Massport Authority to the local business paper Boston Business Journal. “One is too much, ” he said. “With this system, we’re able to get real-time information and respond immediately as opposed to doing a traditional runway test.”

FODetect was officially turned on in September. Freni said and so far, the airport is pleased with the technology.

While the initial contract is only for about US$2 million there are more runways at Logan to come, and hundreds more airports in the United States, and then of course thousands globally. With this prestige installation therefore the company should be very well placed to win many more such pieces of business. Bravo!