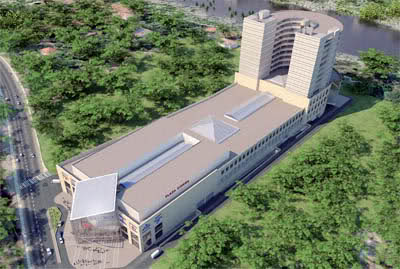 Plaza Centers NV (LSE:PLAZWSE:WLZ), a subsidiary of Elbit Imaging Ltd.(Nasdaq: EMITF; TASE: EMIT), controlled by Mordechay Zisser, has suspended bond payments and will and submit to its creditors a restructuring plan in a formalized restructuring process within a few days. The company added that it expects that the Tel Aviv Stock Exchange (TASE) will suspend trading in its bonds for a limited period.

Plaza Centers said, “As consistently reported in its statements to shareholders, Plaza has faced challenging market conditions for some years. These have primarily been caused by the underlying economic situation in many of the countries in which the company operates, combined with the lack of transactional liquidity in the investment markets for assets such as those owned by Plaza and the ongoing lack of traditional bank financing available to real estate developers and investors.”

Plaza Center said that it has made “considerable progress in re-positioning its business model to ensure that it is focused on the deleveraging of its balance sheet and the recycling of capital, primarily through the disposal of its non-core assets.” It has sold five properties so far this year for €61 million, secured tenants for its properties, and refinanced a €59.3 million loan secured against one of its largest assets, Riga Plaza in Latvia.

Plaza Centers also announced today the sale of the Koregaon Park Plaza mall in Pune, India, for €40.5 million, the value at which it books the property. Gross proceeds from the sale, after repaying the loan on the property will be €18.5 million, which will be paid in installments over the next nine months.

“However, despite ongoing efforts to progress a number of asset disposals and complete some alternative financing transactions, the company has not been able to complete these deals within a timeframe that will enable it to meet its short term obligations towards bondholders, specifically a circa €15 million payment due to Polish bondholders on 18 November 2013 and a circa €17 million payment due to Israeli bondholders on 31 December 2013, ” stated Plaza Centers in its notice to the London Stock Exchange. It has €23 million of free cash balances and €10 million in restricted cash.

Plaza Centers added that its auditors “have notified the company that it is likely that they will include an emphasis of matter paragraph in their review report on the interim financial statements, referring to the liquidity situation and potential impact on Plaza’s ability to continue operating as a going concernץ”