–
The network security company’s main patents are about to expire.

Please help us out :
Will you offer us a hand? Every gift, regardless of size, fuels our future.
Your critical contribution enables us to maintain our independence from shareholders or wealthy owners, allowing us to keep up reporting without bias. It means we can continue to make Jewish Business News available to everyone.
You can support us for as little as $1 via PayPal at office@jewishbusinessnews.com.
Thank you.
Check Point’s founder, chairman and CEO Gil Shwed
–
/ By Shmulik Shelach and Shiri Habib-Valdhorn /
A new book, “True Patent Value” by Larry Goldstein, an expert in technology patents, reveals a possible weak point in the strategy of Check Point Software Technologies Ltd. (Nasdaq: CHKP) – a leader in IT security and the company that essentially created the industry in the mid-1990s – for protecting itself from patent lawsuits. Check Point’s first and most important patent, written by founder, chairman and CEO Gil Shwed in 1993 (no. 5606668), is due to expire in February 2014. Around the same time, another patent (no. 5835726, on which Shwed is co-signatory with Shlomo Kramer and Nir Zuk, both of whom are now his rivals), will also expire. Goldstein says that these developments are liable to leave Check Point in an inferior position in terms of patent protection.

These patents have been strong enough to provide Check Point with the ability to sue any rival that entered the firewall business since the mid-1990s. Although the company did not sue its rivals, and generally considered intellectual property as secondary to its business, it indirectly benefited from broad strategic protection provided by the patents against rivals that were considering suing it.

Check Point, which was founded in 1993, has a current market of $12 billion, making it the second biggest Israeli company on Nasdaq after Teva Pharmaceutical Industries Ltd. (NYSE: TEVA; TASE: TEVA), and is due to report $1.5 billion in sales in 2013. The company provides anti-hacking solutions for enterprise and private networks.

The first and most basic solution in the industry was the firewall, which block unauthorized entries into networks. The market has matured over the years, and while Check Point controls 14% of it, the company is surrounded by competitors, including giants such as Cisco Systems Inc. (Nasdaq: CSCO) andHewlett Packard Co. (NYSE:HPQ).

Check Point’s main growth engine in recent years has been complementary product lines, such as software-based security services under the Blade product line, one of the company’s main security programs. Although Check Point does not disclose sales of each of its product lines, Oppenheimer analyst Shaul Eyal estimates that Blade products contributed 12% to the company’s turnover in 2012 – almost 12% of revenue – and that they were the fastest growing products compared with 2011. 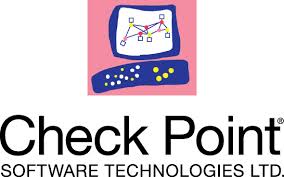 Goldstein says that Check Point’s patents’ problem does not come from competitors taking over the products, or from lawsuits by trolls (companies which buy large numbers of patents in order to profit from lawsuits), but from aggressive strategy on the part of competitors aimed at hobbling Check Point’s growth and obstructing its entry into new markets.

“Competitors will not succeed in harming the company’s current activity, but they could make things more difficult through the patents. If Check Point wants to expand to new fields, it could be sued for attempting to compete, ” says Goldstein.

Obviously, Check Point’s intellectual property arsenal is not limited to the two patents that are due to expire. Goldstein estimates that the company has more than 100 patents and patent applications (the exact number is difficult to ascertain because the company does not clearly disclose this in its documents). However, Goldstein says that the patents filed afterwards are weaker and narrower, because, unlike their predecessors, they were not filed at such basic stages of the market’s development, and provide narrower protection against competitors’ motions.

“If there is a 1995 patent, it has priority over a 2000 patent, for example, ” explains Goldstein. “The chances of a patent’s survival in a legal battle are much better for a patent with an earlier date.” In addition, the company can sue for damages for up to six years after a patent’s expiry, but it cannot request injunctions against competitors’ tactical motions or harm their activity in a way that would deter them from fights on the intellectual property level.

Goldstein says that Check Point’s total number of patents is “ridiculous”, especially compared with its main rivals, Cisco and Juniper Networks Inc. (Nasdaq: JNPR), which have 8, 700 and 1, 500 patents, respectively.

“So long as Check Point’s primary patents were protected, it had deterrence. But that is going now, ” he believes. “If it wasn’t the market leader, it wouldn’t be so serious, but as the leading company, everyone looks to it, and focuses on it. Of Check Point’s 13 competitors, 12 are in better shape in terms of patents.”

To what extent will Check Point become a target for patent lawsuits? “There is no certainty that within a year or two or three, Check Point will be sued, but the chances are now greater than in the past. I assert that its situation will greatly deteriorate because of the expiration of its best patents. This does not mean that the situation is terrible, but its protection is less effective, ” says Goldstein.

Check Point declined to comment on the report, but its conduct clearly shows that it does not consider patents as a threat (or opportunity). The company believes that product innovation is where it will be tested, either against its competitors or by its customers, and not in court.

The possibility that a blow to business from the expiry of patents does not disturb the sleep of Check Point’s executives, but it cannot be ruled out that Goldstein’s forecast will at least partly materialize, and that Check Point will have to deal with its patent issue in the near future.