King, will return to his roots as a radio broadcaster- where his career began more than half a century ago. 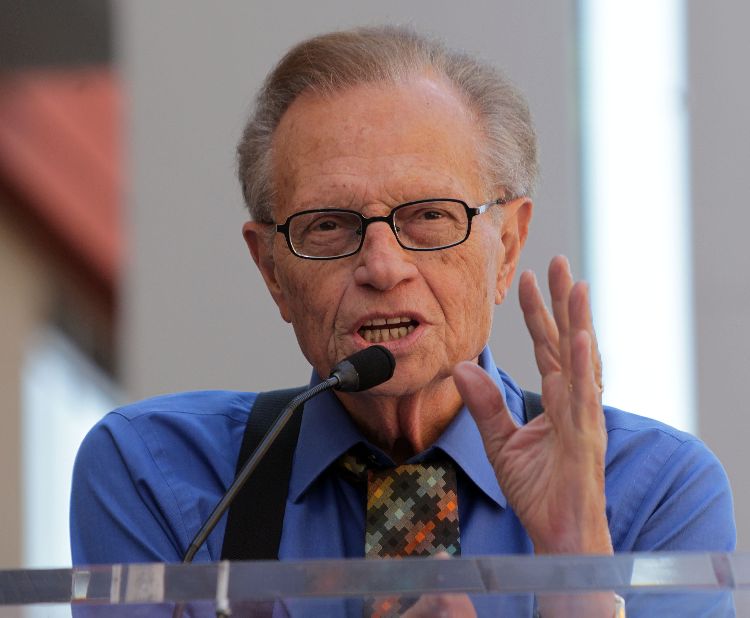 Larry King is having an interesting November. Due to celebrate his eightieth birthday in a few days, he still shows no signs of slowing down, and in fact has gone full circle by signing up for a new radio show- although something more in keeping with his age- on the AARP Web site. For those who have not to go there yet the AARP is an organization that looks after the interests of people aged 50 and over.

When interviewed recently King professed that he didn’t feel that he was approaching 80 years, going on to recall that when he was a child he simply didn’t know anyone who was that old, because most men would pass away immediately after retirement at the age of 66 or 67.  Sadly Larry King’s father didn’t even make it to retiral age, or even close, passing away at the age of just 44 of heart disease. A trauma which, King confesses, has remained within all of his life.

To celebrate his up-and-coming birthday Larry will be appearing once again on a chat show, but this time on the other side of the table on ABC’s “Jimmy Kimmel Live” to be aired on the 19th of November and will largely be a reprise on Larry King’s life and long running career.

King is mostly associated with hosting his institutional chat show which ran for 26 years on CNN and came to an end, fairly acrimoniously, in 2010.

When asked if he felt any anger when CNN refused to renew his contract, King answered with his usual wry smile saying that he knew that the writing was on the wall when CNN only offered him a year’s extension on his contract, when previously they were only interested in signing him for a minimum of three or even four years at a time.

Now that Larry has been sitting around moping since his parting with CNN, instead hosting two news and talk shows on Ora. TV, a channel  which he co-founded with billionaire Mexican Carlos Slim.

The difference, according to Larry, is that both of these shows , “Larry King Now” and “PoliticKing” are not shown live, meaning that the days of discussing breaking news stories on the television over. However now that he’s back on radio, Larry will be back to the days when he was capable of creating a very special atmosphere that very few newscasters could.

Larry King was born and raised in Brooklyn, New York City. King had an especially difficult childhood because of his father’s premature passing. After graduating from high school, King abandoned all plans of going to university instead going out to work to help support his mother

King recalls that from an early age, his plan was to be a radio presenter. Thanks to a lot of hard work and his famous persistent attitude and charming manner, Larry began to break into the world of radio reporting during the late nineteen fifties and early nineteen sixties. By the end of the seventies, Larry was already a well-known figure on national radio, hosting broadcasts that ran all night.

Larry’s sharp interviewing skills, pleasant and witty manner, powers of improvisation and various other positive tracts captured the attention of Ted Turner, at that time in the midst of forming one of the first live news only television channels, CNN.

Thomas signed up Larry to host his own nightly interview television program, aptly entitled “ Larry King Live” for the channel. A booking that Larry was to retain for 26 years from 1985 till 2010.

During that 26 year run, Larry played host to a very wide range of guests from all walks of life , from the world of entertainment, politics, sport, big business and anyone else happen to find ourselves in the news that particular day.

According to figures gathered by CNN, Larry King is reported to have interviewed no less than 60, 000 people during the course of the show.

The final edition of Larry King Live, was broadcast on December 16, 2010, It will be remembered for Larry King’s parting words his loyal audience of more than a quarter of a century. “ Instead of saying goodbye, how about so long”.