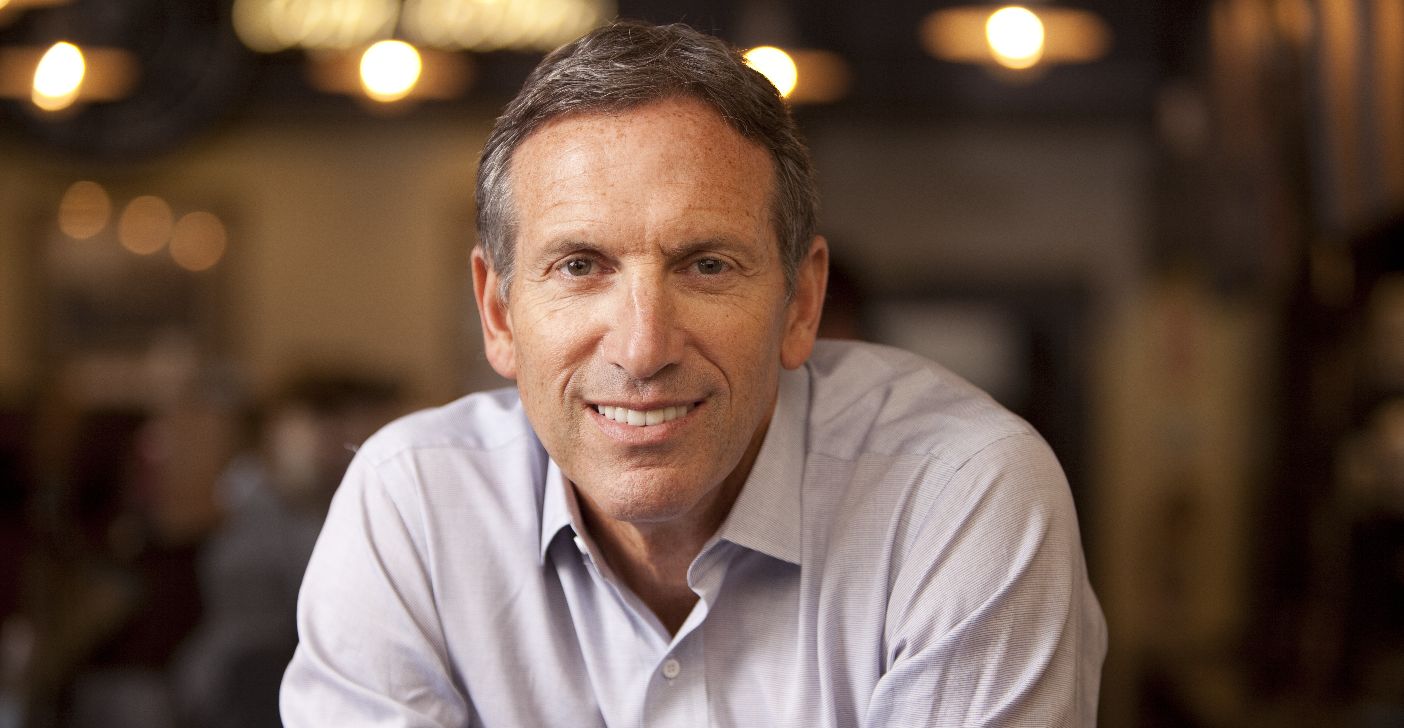 The Starbucks Coffee Company, led by Chairman Howard Schultz, has just lost an important arbitration ruling that will cost it US$2.76 billion in cold hard cash- a huge sum which can still buy quite a lot of cups of coffee, even at today’s prices.

The story starts fifteen years ago, when Starbucks licensed the groceries division of giant food company Kraft Foods Group to sell Starbucks branded packaged roast and ground coffee. The deal was supposed to run until 2014, but Starbucks cancelled the arrangement unilaterally in 2010.

Kraft was not at all pleased and commenced arbitration proceedings, as provided for in their agreements in the event of a dispute. Starbuck’s position was that Kraft had violated the terms of their deal and therefore it was in the right to cancel the contract. Kraft claimed it had built up a business worth US$500 million a year, that Starbucks had cancelled the deal arbitrarily and sought substantial financial compensation.

Yesterday the arbitrator in the case ruled finally against the coffee company, saying Starbuck’s has to pay Kraft US$2.23 billion in damages plus another US$527 million in interest, for a total amount of US$2.76 billion. 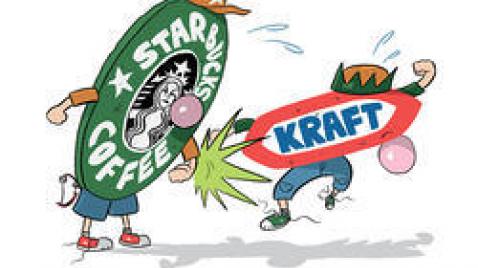 In a small additional wrinkle, in 2012 Kraft’s domestic US groceries division was spun out of the company as a separately listed entity and took over the name Kraft Foods, for itself, as it was so well known domestically. The parent then renamed itself Mondelez International which remains as a huge global snacks and food manufacturer, under the leadership of Irene Rosenfeld as Chairman and CEO. Since the brand value of this part of the company lay mainly in the individual brand values of its products it was not harmed by the name change.

“We’re pleased that the arbitrator validated our position that Starbucks breached our successful and long-standing contractual relationship without proper compensation, ” said Gerd Pleuhs, Executive Vice President Legal Affairs & General Counsel of Mondelez International. “We’re glad to put this issue behind us. We can now fully focus on growing our global snacks business.”

In a press release Mondelez International also said it now intends to use the net proceeds from the arbitration award, after paying taxes of about 37%, and associated costs of the dispute, to buy back more of its own shares, subject to actually receiving the check from Starbucks and formal approval by its Board of Directors.

A nice windfall to get to be sure, and just before Christmas too.

In a separate announcement Starbucks also commented on the arbitration ruling with more than a little frustration at losing, though also glad that it is at least over. Troy Alstead, Chief Financial Officer and Group President, Global Business Services for Starbuck said:

“We are pleased the arbitration has ended; however, we strongly disagree with the arbitrator’s conclusion and that Kraft is entitled to $2.23 billion in damages plus $527 million in prejudgment interest and attorneys’ fees. We believe Kraft did not deliver on its responsibilities to our brand under the agreement, the performance of the business suffered as a result and that we had a right to terminate the agreement without payment to Kraft.”… “We have adequate liquidity both in the form of cash on hand and available borrowing capacity to fund the payment, which will be booked as a charge to our fiscal 2013 operating expenses.”

“I would add that taking our packaged coffee business back from Kraft was the right decision for Starbucks, our brand and our shareholders. The results over the past two and a half years clearly demonstrate that Starbucks at-home coffee portfolio is significantly healthier than it was before we assumed direct control from Kraft in 2011. We have the leading market share of premium packaged coffee, and our total at-home coffee portfolio has grown significantly under the direct model.”

Translating from corporate-speak, what he may mean to say is that Starbuck’s had a strategic goal to diversify directly into the grocery business, which Jewish Business News has reported on before, and that it is already starting to do well by doing so.
The unstated implication being, that such an award against Starbucks should therefore be read by investors as just part of the investment required to have done so, albeit deferred by three years.

Still, and with hindsight, Starbucks could have negotiated an amicable departure at the time, which might well have cost them a good deal less.

A great company indeed with fingers in a lot of pies; it is a pity though Kraft picked such a generic name as “Mondelez” for the parent when they spun off the food subsidiary last year. It simultaneously sounds vaguely Latino and yet global, both at the same time and probably on purpose. On the other hand it also sounds like a Ford car with a very similar name, the Mondeo, which is still one of the best selling cars in Europe though no longer sold in the United States.

Starbucks is an American global coffee company and coffeehouse chain based in Seattle, Washington. The company is the largest coffeehouse company in the world, with over 20, 000 stores in 62 countries worldwide.

Starbucks locations serve hot and cold beverages, whole-bean coffee, microground instant coffee, full-leaf teas, pastries, and snacks. Most stores also sell packaged food items, hot and cold sandwiches, and items such as mugs and tumblers Starbucks Evenings locations also offer a variety of beers, wines, and appetizers after 4pm. Through the Starbucks Entertainment division and Hear Music brand, the company also markets books, music, and film.
Many of the company’s products are seasonal or specific to the locality of the store. Starbucks-brand ice cream and coffee are also offered at grocery stores. Starbucks has also been expanding into the direct supply of coffees and other premium products to grocery stores nationally.