Weitzman has recently announced his intention to open a further nine stores in the Middle East over the next three years with around half of them being situated in the UAE . 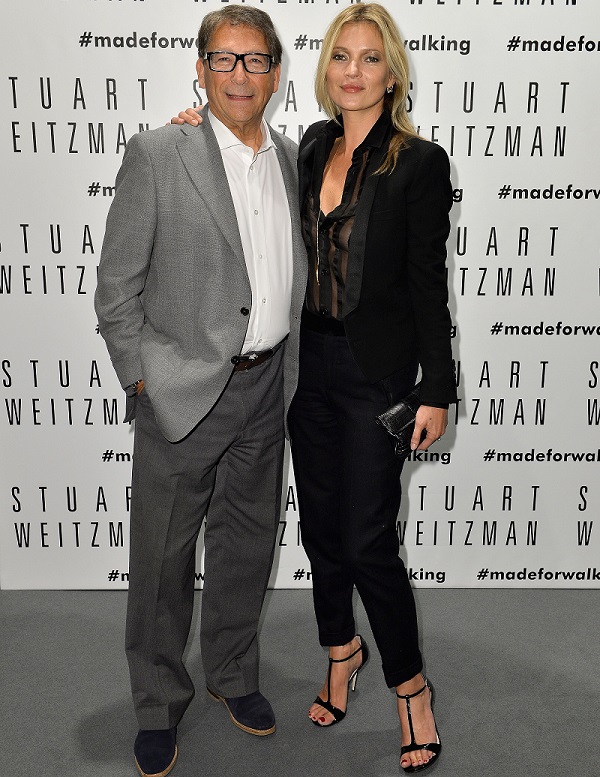 Stuart Weitzman, the driving force behind the luxury shoe brand whose client list contains such varied names as pop sensation Beyonce to Her Majesty the Queen of England to him is looking towards the Middle East to expand his presence.

Currently the Weitzman brand has a total of nine outlets in the Middle East including a flagship store in the highly prestigious Level Shoe District in Dubai Mall. Now Stuart Weitzman has unveiled his program to add a further nine outlets within the coming years.

The Stuart Weitzman brand, has become synonymous with luxury footwear, with a global market spreading throughout the world. Their designs and quality of finish have driven the company to enjoy continued market penetration, varying between a minimum of twenty percent and a maximum of thirty percent annually over the last 10 years, particularly in the United States and Europe where the company is very firmly established. Weitzman shoes are marketed in more than seventy countries.

Now Weitzman is looking to increase his company’s footprint towards the east, with sales in the Middle Eastern region as well as in Asia-Pacific is increasing at a rapid pace.

–
According to Wayne Kulkin, CEO of Stuart Weitzman, the company is witnessing a tremendous growth in sales in these regions, so far averaging 70% annually, while in Dubai that figure is higher than 80%

Stuart Weitzman has laid out his plans for the Middle Eastern expansion, including opening a further three outlets in Abu Dhabi, with the first to be opened being in the Yas Mall early next year, followed by an outlet in the soon to be completed extension of the highly fashionable Marina Mall, rounding off their expansion in the UAE with a store in the ultra exclusive District shopping center on Saadiyat Island due to begin trading sometime in 2017.

The reputation of Stuart Weitzman shoes is constantly enhanced by the fact that many of the walls leading celebrities including Angelina Jolie and Jennifer Aniston, while Kate Middleton has also been spotted wearing Weitzman shoes on several occasions. Kate is better known as  the Duchess of Cambridge, the wife of Prince William , the Queen’s grandson

Stuart Weitzman is known for his adventurous designs and use of unusual materials in his production, including cork, vinyl and even 24-karat gold.

Stuart Weitzman was born and raised in the town of Haverhill, Massachusetts, where his father, Seymour Weitzman, owned a shoe factory.

After completing high school Weitzman graduated from the Wharton School of Business at the University of Pennsylvania in 1963. When Stuart’s father passed away in 1965, Stuart, along with his older brother, Warren took over the running of the business, with the younger Weitzman taking on all aspects of shoe design and production.

The Weitzman brothers built the family shoe business, Seymour’s Shoes into a highly successful concern before selling it to a Spanish company in 1972, although Stuart’s shoe designing skills were retained by the new buyers.

More that twenty years later, Stuart Weitzman bought back control of the business, retaining the production units in Spain. Since then Stuart Weitzman brand of shoes become synonymous with luxury and good taste.