Founded by Avi Brenmiller in 2012, Brenmiller Energy, are due to begin the operation of their pilot plant that will utilize fuel cells in order to store power. 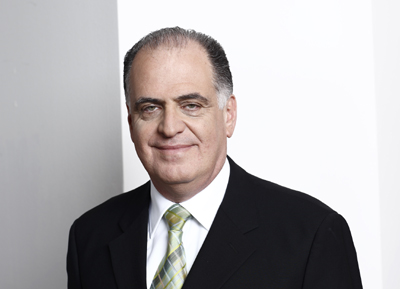 The solar-thermal driven pilot plant will be tested for a period of up to three months while Tel Aviv-based Brenmiller Energy will be introducing potential investors to their concept in hopes of raising sufficient capital, estimated by Chief Executive Officer Avi Brenmiller to be around $50 million, which  will be enough to establish a  full-scale manufacturing plant as well as establishing  the necessary marketing operation.

As Avi Brenmiller explains, solar thermal power plants differ from photovoltaic plants in their capability to generate power. The main advantage over solar thermal plants compared to photovoltaic plants, is that they can run more or less around-the-clock and are capable of storing energy which means that users have no fear of being caught short of their endless supply.

Avi Brenmiller is one of the most experienced experts on solar power generation in Israel,  having been head of the largest  company  in Israel in the industry, Solel Solar Systems, which was acquired by German industrial giant Siemens AG in 2009 for the sum of around $400 million.

Israel is gaining increasing recognition for his expertise in expanding its solar industry generation sector in order to meet an increasing demand for electricity while curbing reliance on expensive and environmentally unfriendly fossil fuels.

In Israel there are a few solar-thermal plants already in operation although they are satellites of existing power stations. Avi Brenmiller anticipates that Brenmiller Energy will be an ideal situation to meet the rising demand for stand-alone facilities for communities that are not linked to the national electricity grid.

Avi Brenmiller was born and raised in Israel, although he earned his B.Sc. Mechanical Engineering from Ohio State University.

After graduation during the years 1988 to 1991, Brenmiller was in charge of a number of key projects key projects in engineering and operational departments at Israel-based Luz Industries, leaving them to join Elisra Electronic Systems Ltd, a leading global systems provider in the electronic defense market, as a plant manager.

During his time at Solel Solar Systems, Ave spearheaded the company’s dramatic success in the development and implementation of solar thermal technologies, particularly for solar power plants as well as in a variety of industrial and residential applications, not only in Israel but throughout the world.

After Solel was acquired by Siemens in 2009, Mr. Brenmiller was handed the role of CEO in charge of the company’s Solar Thermal Energy business.