Major UK and European amusement  park operator Merlin Entertainment announced yesterday the successful pricing of its initial public offering on the London Stock Exchange. The company sold 303.8 million common shares, partly from treasury and partly from existing selling shareholders, at a price of US$5.04 (£3.15) per share for gross proceeds of about US$1.53 billion (£957 million), before exercise of any underwriters’ overallotments.

The offering represents 30% of the company’s share capital, thus satisfying the float requirements of the London Stock Exchange for a new listing. The whole company is also now capitalized at US$5.1 billion (£3.2 billion) at the issuing price.

Merlin is the largest such company in Europe, and globally the second largest in the world after Walt Disney itself. The company operates over 70 attractions in 10 different European countries, as well as the USA, Japan, South Korea, China, Hong Kong, New Zealand and Australia.

Merlin Entertainment has been owned over the years by a number of private equity groups, almost on a serial basis. First Apax Partners had joined with management to buy it in 1998. Five years later they sold it to Hermes private equity. After that, Merlin was purchased by the Blackstone Group who merged it with the Legoland theme parks when they acquired those too from the Kirkbi trust for the Kirk Kristiansen family, that controls Lego. 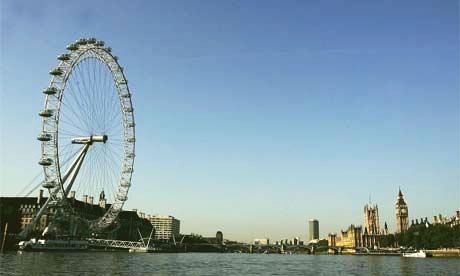 Finally Madame Tussauds was added to the company, which brought Dubai International Capital on board as an investor as well (who later sold). Finally CVC Capital joined as an investor in 2010, partially in lieu of a public offering at that time.

Now some of the big shareholders are lightening up on their holdings, and about eighty percent of the shares sold in the basic offering came from selling shareholders. Thus just US$320 million (£200 million) of gross proceeds of the issue will flow into the coffers of the company as new money; still a significant sum by any means. However the US$56 million (£35 million) of costs of the whole offering must be deducted, for net proceeds to the company amounting to US$264 million (£165 million).

Upon conclusion of the offering and admission of the listing to the London Stock Exchange, the major shareholders of Merlin will now be (before consideration of any over-allotments):

The profitability of their theme park business still remains quite thin. Merlin only just about broke even at the net profit line for the first half of 2013 on revenues of US$773 million (£483 million), very similar to results in the prior year’s first half as well. However, having emerged as well from several years of losses only in 2011 the IPO may therefore be said to be quite a significant achievement.

Coming as it does, too, during continued low consumer spending throughout Europe as recessionary business conditions have persisted on that continent it is perhaps even more so, and also a prudent move for the company.

The market indeed seems to like the issue, pushing the price up by about 10% in initial trading. With about a billion shares outstanding this therefore values the company currently at US$5.6 billion (£3.5 billion).