Yesterday Extended Stay America – lodging and hotels chain  – filed an amended S-1 Registration Statement with the US Securities and Exchange Commission for an initial issuance of common shares.

Under the terms outlined in the amended preliminary prospectus, so far the eighth amendment filed to date with the SEC, the company now expects to issue a basic number of 28, 250, 000 million new common shares at a hoped-for price of US$ 21 per share for aggregate gross proceeds of approximately US$593 million before registration fees, underwriting costs and expenses for the issue. $21 per share is the high end of the US$18-21 range they had hitherto been using in their previous draft prospectus for the offering.

According to the latest preliminary prospectus, net proceeds from the basic offering, if sold at this price might be about around US$550 million net of Underwriting costs and expenses, and which are intended to be used primarily to pay down debt. The Underwriting costs are of course not yet stipulated in the preliminary prospectus, but one can nevertheless make a ball park estimate. None of the existing shareholders are offering any shares for sale, which is a sign of considerable confidence in the company.

Finally, an Underwriter’s 15% overallotment of a further 4, 237, 500 shares could also yield a further approximately US$89 million directly to the treasury of the company should these be exercised. Deutsche Bank, Goldman Sachs and JP Morgan are the lead Underwriters for the issue. 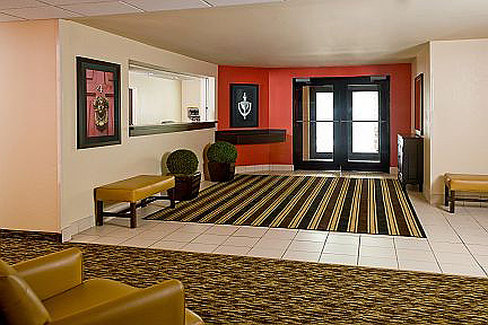 –
Extended Stay America’s new share offering is the latest twist in what has been a very complicated corporate story. The company was founded originally in 1995; then eventually became publicly traded only to be taken private again in 2004, when it was bought by the Blackstone Group.

With excellent timing Blackstone then sold Extended Stay America in 2007 right at the top of the market, to a real estate company, for US$8 billion giving Blackstone a huge profit. Crippled by debt for the deal that was then pushed onto its balance sheet by the purchaser, as is customary in what was at the time a standard leveraged buy-out, Extended Stay America later was forced to file for bankruptcy. This took place in 2009 when business had collapsed in the financial crisis from which we are only just recovering.

But what goes around comes around, and the operating core of the company, and its basic business model of providing longer-term accommodation to corporate and other customers remained sound. Extended Stay America today owns 682 mid-price hotels in the U.S. and Canada with almost 76, 000 rooms that are highly regarded in the market place and by its customers.

Accordingly, in 2010 a new group of private equity firms, still including Blackstone Group but this time acting together with Paulson & Co and Centerbridge Partners, bought the company out of bankruptcy auction for US$3.9 billion, of which about US$1.5 billion was their own equity. A year later Extended Stay America also then moved its corporate headquarters to Charlotte North Carolina from Spartanburg, South Carolina signaling its fresh start.

Buying in at just the right time, and spending substantial sums on refurbishing its hotels then has paid-off handsomely as the operating business then took off with the recovery in the American economy itself. Accordingly, in the nine months to September 30th, 2013 Extended Stay America earned revenues of just over US$850 million, EBITDA of US$383 million and net income of US$98 million after paying interest expense of US$158 million. These are very good numbers, though of course not yet audited.

The company also did well on an operating basis in the previous full calendar year 2012, with revenues of just over US$1 billion for the year and EBITDA of US$415 million. However in that year they incurred high interest expenses, at US$258 million, so net income for the year ended up only US$21 million.

The key to that puzzle is that Extended Stay America was able to refinance its corporate debt at much lower rates at the end of 2012, even returning exactly half of their new owners’ initial equity investment at the same time, yet have still been able to subsequently reduce interest costs on an ongoing basis. 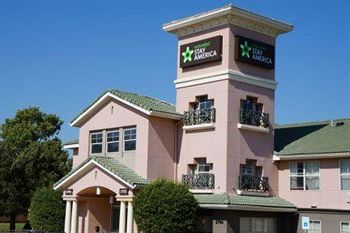 –
I must say it is much more fun to see financial engineering when it is working well and displays the virtuous side of the business cycle. Too often we remember just seeing everything drowning in an escalating sea of debt at precisely the wrong time. In a sense therefore this deal is a mirror of the whole American economy as it fell into recession and then has climbed out again, slowly but in the end reasonably surely.

And now with this new transaction Blackstone and its partners are again minting money. If the basic offering is completed as described above, at US$21 per share, there will then be just over 200 million total common shares outstanding and the deal would represent an opening capitalization of US$4.2 billion.

The sponsoring private equity group will still own an 83.4% control position after this issue according to the preliminary prospectus, which would then be worth US$3.5 billion. Since they only invested US$1.5 billion to begin with, and have already taken out US$750 million that is a great return however you cut the math. Yet is it is likely worth it if the company can continue to grow and earn profits as it has been starting to, and now prospectively with even lower level of interest payments pending by reducing debt with the offering proceeds.

There is one final wrinkle, as of course there always is. Hitherto Extended Stay America had been structured internally as a series of real estate investment trusts (REIT), for the associated tax advantages of doing so as long as profits are fully distributed up the chain.

Under the terms of this offering each purchaser will actually get one common share of Extended Stay America plus one B share of the master REIT called “ESH Hospitality Inc.” The two securities will be “stapled” together and will then trade together as one security.

The Preliminary prospectus also states, however, that under the new structure chosen for the ongoing operations of the company now it is returning to public ownership, a majority of the earlier tax benefit of REIT status for the combined companies taken as a whole will effectively be eliminated. If this matters to you, for further information then consult your financial adviser and/or tax adviser, as it is certainly completely over this writer’s head.

About The Control Group Of Shareholders

Prior to this planned new offering the three private equity players who bought the company in 2010 held equal one third positions in Extended Stay America. While they will be diluted down now to a combined 83.4% if it should be a success, none of them are selling under this registration statement so will pro rata retain their equal positions relative to each other.

Blackstone also provides various financial advisory services, including financial and strategic advisory, restructuring and reorganization advisory and fund placement services. Through its different investment businesses, as of August 1, 2013, Blackstone had assets under management of approximately US$230 billion.

As of August 1, 2013, Paulson managed approximately US$18 billion in assets and employed approximately 120 employees in offices located in New York, London and Hong Kong.

Centerbridge Partners was established in 2005 and is a private investment firm focused on traditional private equity and credit investing, headquartered in New York City. The firm employs over 50 investment professionals and, as of August 1, 2013, managed approximately $20 billion in capital.