Toll Brothers, the Pennsylvania-based, up-scale home builder founded by Robert and Bruce Toll over 45 years ago, have been having a busy week. Yesterday they announced a major acquisition of Shapell Homes in California for approximately US$1.6 billion in cash from its parent Shapell Industries Inc.

To help pay for it Toll Brother also announced yesterday the pricing of a new share offering, selling 6.25 million shares at US$32 million each for a total of US$200 million raised, before costs and expenses. The Underwriters of the offering also have an overallotment option to buy an additional 937, 500 shares for 30 days. If exercised this would add a further US$30 million to the company’s coffers. 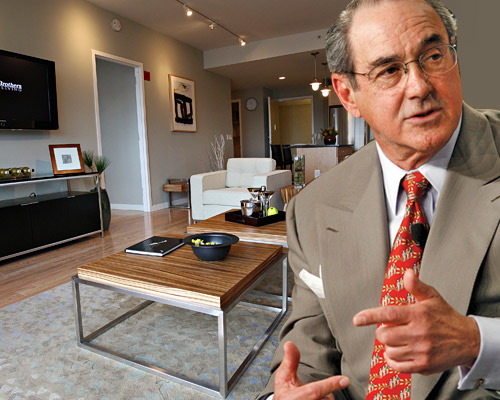 –
PNC Capital Markets, the investment banking arm of the Pittsburgh National banking group, is acting as Lead Manager of the offering. A whole range of the usual suspects: Capital One Securities, Wells Fargo Securities, Comerical Securities, Piper Jaffray, Regions Securities, SMBC Nikko and TD Securities are also acting as Co-Managers for the issue.

The company’s fiscal year has only just finished, on October 31st, but in order to proceed with the prospectus and the share offering Toll Brother have also released preliminary, partial and unaudited numbers for its latest fiscal quarter to October 31st. The final and complete audited results for the quarter, and for the full year, will be released in early December.

Importantly, the company ended the fiscal year with approximately US$824 million of cash and marketable securities in its balance sheet. It also has US$960 million still available to it under its slightly over $1 billion credit facility, a consortium deal with 15 banks, which matures only in August 2018. So with the US$200 million proceeds from the new share offering, plus cash on hand and the credit they have available there is enough money to immediately pay for the new acquisition.

Since the housing business is nevertheless a tough industry one can imagine Toll Brothers may come back for more equity in a few months time, to further restore their ratios and cash reserves. “Little and often” is not a bad approach in this business. 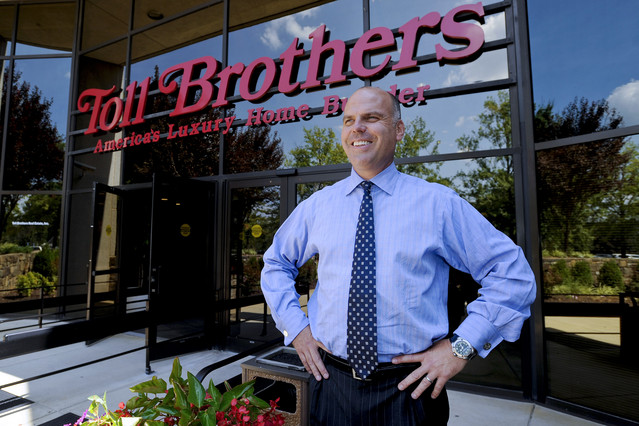 –
Buying Shapell Homes expands Toll Brothers’ operations in California significantly, and will allow them access to Shapell’s over 5, 200 lots in prime locations in Los Angeles, Orange County and the Bay area. Altogether Toll Brothers will now have over 9, 000 lots in the State. The company expects to later sell off a package of some of the Shapell lots, reportedly for up to US$500 million to the extent some may be beyond their needs, in order to help absorb the deal.

“This acquisition will provide significant growth over the coming years and, we believe, will be accretive to earnings in the first year, excluding transaction costs, ”

The housing industry is “still in the early stages of recovery, ” Executive Chairman Robert Toll said. “New home production remains well below volumes needed to meet current demand not to mention the pent-up demand of the last seven years.”

A key feature of the acquisition is that more than 97 percent of the Shapell sites are already “entitled”, which means the company can both immediately build on them, or trade some of them easily to other builders. Ready-to-build land is at a premium right now as the home building world comes back to life.

“The key word there is ‘entitlement, ‘ ” said Christopher Thornberg principal of Beacon Economics to the San Francisco Gate. “For a number of years (during the real estate downturn) when home-builders were in a complete panic, they weren’t spending money on anything in California. This is a state where it can take five or six years to entitle property because of all the lawsuits and NIMBYs and other nonsense. Now the market is clearly moving; California is one of the fastest-growing economies out there. Those 5, 200 entitled lots are a gold mine.”

Toll Brothers is one of America’s leading builders of luxury homes. It started out in business in 1967, founded by two brothers, Robert and Bruce Toll, and became a public company in 1986 listed on the New York Stock Exchange.

Toll Brothers is quite unusual for a home builder in that it is highly integrated and operates its own architectural, engineering, mortgage, title, land development and land sale, golf course development and management, home security, and landscape subsidiaries. The company also operates its own lumber distribution, house component assembly, and manufacturing operations.

A very high-flying company, like many home builders Toll Brothers was brought down to earth with a thump somewhat in the last fiscal crisis that began in 2008 and which led to a prolonged slowdown in their industry. However they survived in fair shape and are now eager to participate again as the US housing industry returns to health.

The two brothers no longer control the majority of the shares of the company, a natural consequence of diluting the treasury over the years to finance growth. According to the company’s last proxy circular, and prior to yesterday’s new share offering, institutional shareholders Fidelity Investments owned just over 14.8% of the stock, BlackRock another 8.2% and Wellington Management another 5.4%. These are terrific shareholders to have, ones who are not in it just for the short term

Then Robert Toll himself held 8.2% and Bruce just 2.3% having sold off a chunk of his shares a few years earlier. However between these five holders nearly 40% of the stock is spoken for making it pretty safe from unwanted intruders – and for a cyclical business where results can be quite volatile that is probably a good idea.

So while they may be a little more grey haired these days, the Shapell acquisition proves they are ready for lots more action in the next round of the home building cycle. 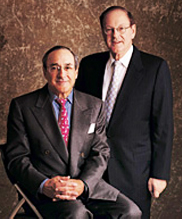 About Robert and Bruce Toll

Robert, today age 73, and Bruce Toll, aged 70, are the sons of Sylvia (née Steinberg) and Albert Toll. They grew up in Elkins Park Pennsylvania and went to different universities. Robert graduated with a B.A. from Cornell, and then in 1966, he graduated from Law School at Pennsylvania University. His younger brother Bruce graduated from the University of Miami.

They founded Toll Brothers together in 1967 with the same goals as it has today; i.e. to build affordable luxury housing on a semi-mass produced scale – if that is not an oxymoron. As of 2013 they have built over 40, 000 homes in twenty-two states.

The brothers eventually brought in a CEO from outside the family, though still a long-term executive with the company, when Robert stepped down as CEO in 2010. However Robert still acts as the Executive Chairman of the company and Bruce remains Vice-Chairman.

Robert Toll married his second wife Jane in 1975. They live in Miami Beach. She has one son from her first marriage; Toll has two daughters from his own first marriage; and they have a son and daughter together.

Bruce is married to Robbi, who is an interior designer. She also serves as secretary of the board of the National Museum of American Jewish History. They have four daughters together; Michelle, Elizabeth, Wendy, and Jennifer.

Both families are active in many charitable causes. In politics Robert is very much a Democratic party supporter and served on the Democratic National Finance Committee during the Obama campaign. Bruce is thought to be a Republican; one could be cynical and assert that it is also helpful for a business to be able to support both sides of the political divide.