Lavine has been elected as chairman of the national nonprofit organization that mobilizes young adults to serve as full time tutors. 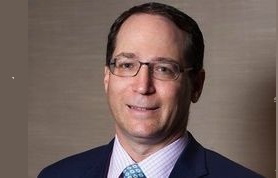 City Year provides mentors and role models for children studying at many of the nation’s highest needs urban schools.

Accepting the honor at the organizations annual general meeting, Lavine stated that City Year has an exciting plan to address the nation’s dropout crisis and help turn around low performing schools by tapping the civic energy of young people. “It is an honor to chair the board of an organization that helps students and schools succeed and develops those who serve into lifelong leaders – that’s a double bottom-line investment that the nation needs.” Concluded Lavine in his statement.

Jonathon Lavine will be succeeding Stephen G. Woodsum, who completed seven years as National Board Chairman for City Year.

The role of the City Year Board of Trustees, who are all volunteers, is to provide strategic direction and perform a series of necessary fiduciary responsibilities on behalf of the organization. Additionally the Chairman as well as the other members of the board provide strategic counsel to assist the City Year project in implements its ten-year Long Term Impact (LTI) plan, designed to address the nation’s ongoing high school dropout crisis. The organization, founded in 1988, has succeeded in making a considerble impact through the deployment of City Year AmeriCorps members, through high need urban schools.

City Year partners with public schools to help keep students in school and on track to graduate, through the the innovativion of public-private partnership that brings together teams of young AmeriCorps members. These young people are obliged to commit to a year of full-time service in high-need urban schools, in order to provide support for students by focusing on attendance, behavior and course performance, regarded within the school system as being the first warning signs that a student is liable to drop out of the school system. When these signs begin to emerge in a particular student, an AmericaCorps member will take the student “ under their wing” and help them to overcome their study crisis through in class tutoring, mentoring as well as introducing them to a series of programs out with the day to day curricular activity of the school. .

According to Cohen, a long term supporter of City Year, the program not only helps those liable to “ fall between the cracks” of the school system, but also those young adults who volunteer to become AmericaCorps. At the end of their years’ service they emerge  as highly effective citizen leaders, having provided a service to the community in a profound and life-altering way.”

2013 marks the 25th Anniversary of the founding of City Year’s, celebrated with its largest corps to date, comprising of 2, 700 committed young adults serving in 25 US cities nationwide, in more than 250 high-poverty urban schools, with plans to out to 150, 000 students on a daily basis.

Lavine went on to attend Harvard Business School where he gained his MBA degree with distinction.

After completing his university education, Lavine began his professional career as as a consultant for McKinsey & Company, until moving on to Bain Capital. Lavine was responsible, in 1997, for the establishment of Sankaty Advisors , an affiliate of the Bain Capital group. Sankaty has grown to be a national concern, with more than $20 billion in assets under management, in a broad portfolio of investments and securities. Sankaty Advisors employ over 180 people in offices in Boston, London, Chicago and New York.

As well as his activities at City Year Lavine also serves as a trustee of Columbia University, the Boston Children’s Hospital Trust Board, the Dana-Farber Cancer Institute and the Dana Hall School, as well as a number of other charities.

In this article:Finance, Bain Capital