Sir Douglas’s company, Downtown Music, has recently secured the recording rights to some of the Beatles’ earliest hits. 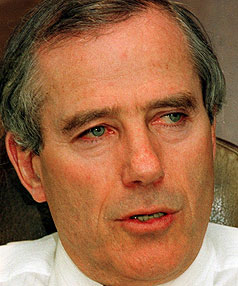 Former New Zealand beer baron, Sir Douglas Myers, has recently announced that his company have purchased the rights to administer the late John Lennon’s share of the first of the Beatles classic singles and album tracks including “Ask Me Why” , ” Love Me Do, “ “ Please Please Me” and “PS I Love You” as well as the only single  released after the band  broke up “Free as a Bird”.

Downtown Music will be adding this impressive collection, to existing administration agreements that they have made with the late John Lennon’s estate relating to the song catalogues of Lennon and Yoko Ono. The agreement was made through respective companies of Lenono Music and Ono Music, and cover distribution only within the United States.

Sir Douglas’s company acquired the copyrights for the Beatles classics from Universal Music.

Downtown music was formed by Sir Douglas Myers in 2009 in partnership with his son Campbell and it now and since then has succeeded in building a portfolio of 60, 000 copyrights, as well as building their own recording studio.

Sir Douglas Myers, who spends most of his time in the UK, is estimated to be one of the wealthiest men in New Zealand with a personal fortune of $350 million. Diagnosed with cancer more than five years ago, Sir Douglas has been undergoing extensive treatment to arrest the spread of the disease.

Douglas Myers was born and raised in Auckland, New Zealand. After completing his higher education at King’s College in Auckland, Douglas travelled to the United Kingdom for his University study, first graduating with a BA in History from Gonville and Caius College in Cambridge, and later going on to study at Harvard University in the United States.

After completing his University education, Douglas returned to New Zealand to begin his career in the family brewery business, following in the footsteps of his father Sir Kenneth Myers and his grandfather Sir Arthur Myers.

Douglas Myers was involved in the running of the business for 15 years and credited with being the mastermind behind a series of mergers and share acquisitions that led to the creation of Lion Breweries, the largest brewery in New Zealand, which later evolved to become Lion Nathan. In 1998 Myers was responsible for Lion Nathan being acquired by the Japanese brewery, Kirin which led to the creation of the fourth largest brewing firm in the world. As part of the transaction Douglas sold his 45% share in the company for $312 million.

While he was in the process of selling his shareholding in Lion Nathan, Douglas Myers began to take his first major steps in the world of philanthropy, donating to educational bodies throughout New Zealand, with his largest gift in 2000 being to The University of Auckland to to help them refurbish a building in Shortland Street near the town center of Auckland to be named in honor of his father, the late Sir Kenneth Myers.

Sir Douglas also supports a scholarship in his name to promote undergraduate study at his former seat of learning, the Gonville and Caius College, at Cambridge University.

The Sir Douglas Myers  Scholarship was established specifically for New Zealand students who have succeeded in moving forward academically. Through providing young people with the opportunity to attend one of the most prestigious universities in the World, Sir Douglas’s hope is that graduates will return to New Zealand to take up the role of leaders in their chosen fields, be it in business or the community, to the direct benefit of the country and its people.

In the Queen’s New Year Honors for 1991 Douglas Myers was appointed as a Commander of the Most Excellent Order of the British Empire (CBE) for his services to business and business management. Nine years later, in the New Year Honeys list for 2010 Douglas Myers became Sir Douglas after being appointed as a Knight Companion of the New Zealand Order of Merit, once again for his services to business and the community in general.

In this article:Japan, Finance, The Beatles, John Lennon