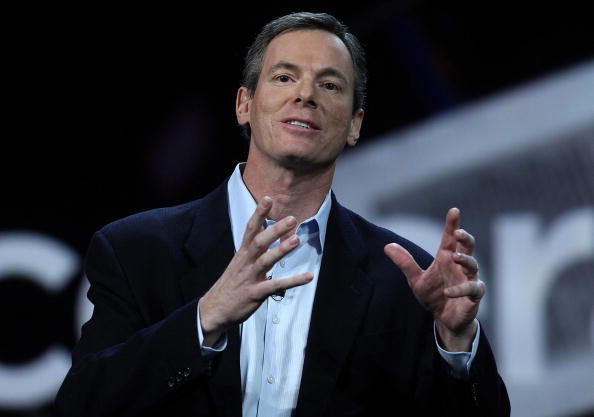 Qualcomm QCOM (NASDAQ) , a leading developer and innovator of advanced wireless technologies, products and services, had good news and bad news for investors yesterday when it announced the results for its fiscal fourth quarter and full fiscal year ended September 29, 2013.

“I am very pleased with our record financial performance this year as we delivered revenues for the full fiscal year of $25 billion, up 30% versus last year. Our technologies underpin the global growth of wireless data, and our semiconductor solutions are used across the industry’s flagship smartphones, ” said Dr. Paul E. Jacobs, chairman and CEO of Qualcomm.

“Looking forward, we expect continued strong growth of 3G and 3G/4G multimode devices around the world, particularly in China with the anticipated launch of LTE. Qualcomm remains well positioned from a growth standpoint, and we expect double-digit compound annual growth rates for both revenues and earnings per share over the next five years.”

Looking ahead to the new fiscal year already started Dr. Jacobs presented a slightly different picture. Revenues are projected by Qualcomm to grow for the full fiscal year to between US$26 and US$27.5 billion, or between 5% and 11%. Earnings per share are also projected to even grow slightly more, by between 9% and 14%.

The wrinkle that may spoil the party, however, is that for the first quarter of the company’s new fiscal year, i.e. the current calendar quarter to December 31st, 2013, whilst Dr. Jacobs is forecasting that revenues should still grow steadily, the company’s projection for earnings per share is for them to actually fall by between 6% and 16% for the quarter. This could obviously be of concern to investors, as the implied subsequently even stronger projected turn-around in earnings for the rest of the fiscal year might simply not then transpire.

It seems that Qualcomm’s hopes for the balance of the next fiscal year rest on the much-heralded launch in China of fast LTE networks (which stands for “long term evolution”), an area in which Qualcomm is an industry leader and for which it has a lot of patented technology.

While the majority of Qualcomm’s revenue comes from selling its baseband chips, called by whimsical names such as “Snapdragon”, that let phones communicate with carrier networks, most of its profits come from licensing patents for its ubiquitous CDMA cellphone technology, and these are also relevant to LTE networks as well.

With growth in the smartphone industry apparently shifting away from wealthy markets such as the United States and toward the world’s emerging economies, some analysts have been concerned that less expensive phones could impact Qualcomm’s profitability (and Apple’s too for that matter). As phone handset prices edge lower, Qualcomm could therefore tend to get squeezed. As an offset network operators worldwide are shifting to LTE, a trend which should help them, yet other chipmakers are launching their own LTE chips and stepping up competition versus Qualcomm – so there are many cross-currents that affect the company moving forward.

Other analysts still see the glass as half full rather than half empty, however, with a still deepening market available even in developed countries, and where attractive advanced features can offset apparent volume maturity and help resist price erosion.

Investors do learn to live with uncertainty moreover, and Qualcomm’s shares, which have risen about 7% so far in 2013, now seem to be trading at a P/E ratio of about 14 times forward earnings per diluted share, a little low for the stock market but maybe reflecting some skepticism as to their growth targets.

Other chip makers such as Mediatek seem to trade at higher multiples (about 18 times forward earnings). On the other hand, the giant combination phone maker and chipmaker Samsung seems to trade a good deal lower, at around only 8 times trailing earnings. So clearly investors are taking the time to differentiate their views for each type of company by the risks they see in each one individually. On balance therefore they seem happy with Qualcomm despite the poor quarter now likely to come up. Clearly no one is thinking of hockey stick projections though, and how they quite often turn out poorly.

Qualcomm remains a well managed company at the centre of the advances taking place in the telecommunications industry.

In this article:Finance, Financial, Quarter