However, Israel Corp.’s minority shareholders may be an obstacle, following a string of the company’s business failures. 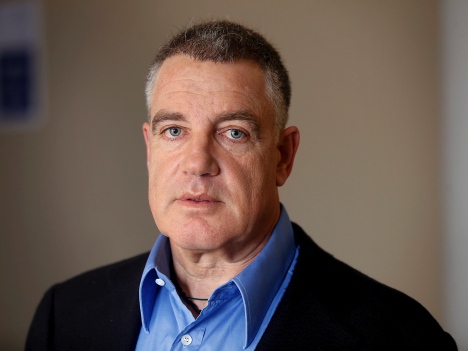 Israel Corporation (TASE: ILCO), controlled by Idan Ofer, is prepared to inject hundreds of millions of dollars into Zim Integrated Shipping Services Ltd. as part of the company’s debt settlement. Zim executives have been in London for several days of talks with the company’s lender banks. Zim’s debts total $3 billion, including $775 million in unsecured debt, $376 million owed to bondholders, $1.8 billion in partly secured debt, mostly to foreign lender banks, and $390 million in secured debts, mostly to shipyards.

Although several months ago, Israel Corp. proposed foregoing control of Zim as part of a debt settlement, and stated in its financial report for 2012, “Following agreements with the lender banks, the company’s management has given its support in principle to transfer full control of its shares in Zim to a part they will hold them in trust for its creditors, ” Israel Corp. has since changed its position. The change is unsurprising, since Zim’s lender banks and bondholders have made a debt settlement subject to a capital injection by its parent company. The focus of the pending agreement will be on rescheduling Zim’s huge debt by several years in exchange for a capital inject and conversion of part of the debt into equity.

However, any such agreement will require approval by a majority of Israel Corp.’s minority shareholders, who are not Zim bondholders, as a deal over Zim is a parties at interest deal under Amendment 16 of the Companies Law. For this reason, Israel Corp. CEO Nir Gilad has told Zim’s bondholders in the past that, because of the restrictions of Amendment 16, the chances of a capital injection were low.

Sources close to the negotiations told “Globes” today that Zim’s creditors also expect Idan Ofer to personally inject capital into Zim, because part of the company’s troubles are due to parties at interest deals for the purchase of ships from his private companies.

If a debt settlement is implemented, Zim will implement a streamlining plan in the coming years, which Israel Corp. will partly finance, as it has already said it would do. This is the second time in four years that Zim has needed a debt settlement. Israel Corp. barely secured approval for its capital injection into Zim as part of its 2009 recovery plan, because of objections by most investment institutions.

This may happen again, and even more severely, given Israel Corp.’s condition, following a string of business failures, headed by its investment in Better Place, pressure from foreign banks on Oil Refineries Ltd. (TASE:ORL) over concern that it will not be able to meet its commitments, upheaval in the global potash market where Israel Chemicals Ltd. (TASE: ICL) operates and the threat of higher royalties on Israel Chemicals, Israel Corp.’s most important asset.