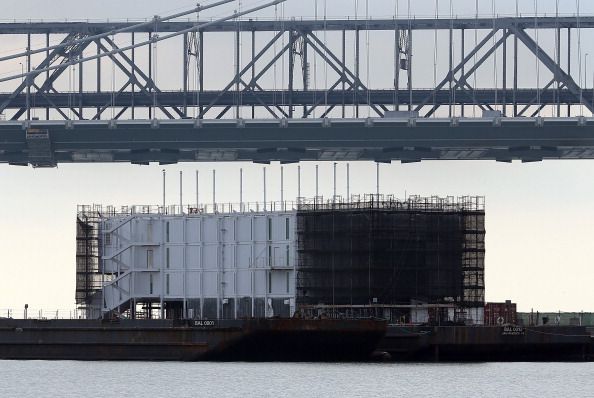 After weeks of speculation that got steadily wilder as is the search engine giant continued their silence on why these two giant barges moored off the East and West coasts of the United States were put there.

US Government inspectors were sworn to silence having signed both confidentiality agreements regarding the purpose of the four-storey floating structures, currently more of Treasure Island in the San Francisco Bay with another almost identical structure currently situated off Portland, Maine. Rumors are also starting to emerge that another two barges have been spotted in various stages of construction.

Now, possibly too many people’s disappointment, the mystery of what the Google boys intended to do with these two barges has turned out to be pretty tame. It transpires that the barges will neither be a floating data center, and up-market business center on a secret hideout for the first genetically engineered human from Google labs, that went horribly  wrong. 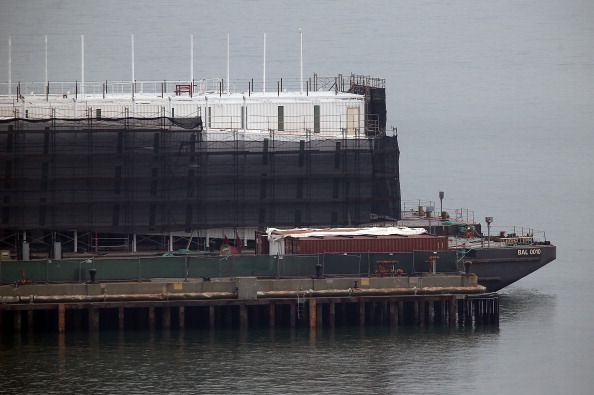 Instead Google has recently issued a statement stating that the purposes of the structures will be used as mobile classrooms, that will be towed up and down the coastline of the United States to help the American people to find out more about the latest developments in modern technology.

From a distance , as no one has been allowed on board yet except the privileged few, the Google barges have been constructed from a catacomb of shipping containers, that from the look of them could well be rapidly modified to become a form of classroom.

Speculation about its purpose has been swirling since the discovery of the vessel — and of three similar barges across the country — first made headlines early last week.

One thing is for sure is that, whether they were looking for it or not, Google’s mystery barges have certainly captured the imagination of the international press and been the subject of much humor on America’s talk shows. Someone even went as far as opening an account on Twitter under the title of@GoogleBarge, already attracting more than five thousand followers.