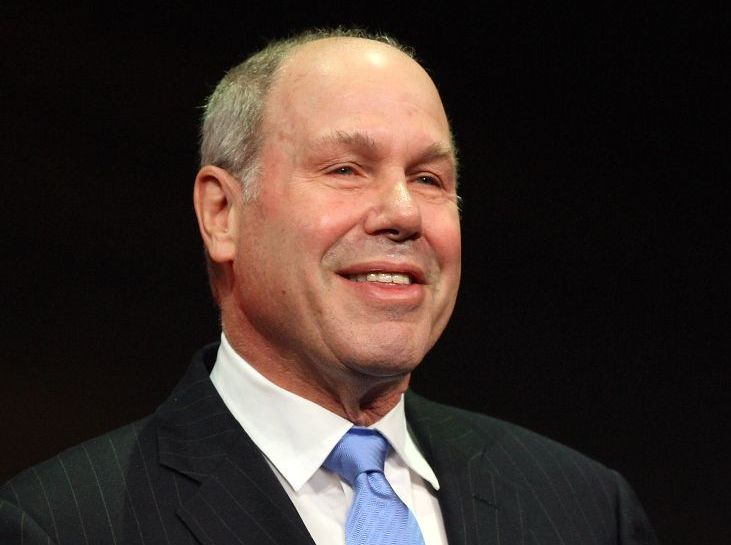 Michael Eisner is due to be the recipient of this year’s New Victory Arts award presented at the New 42nd Street Gala on November 18th. The award will be given in recognition of Eisner’s, one of the entertainment industry’s most outstanding leaders, longstanding commitment to entertain, enlighten and engage young people through the performing arts.

The annual New 42nd Street Gala was established to provide critical support to New Victory Education programs. These programs, which need to be almost completely subsidized, have the task of introducing around 34, 000 school children being taught in 160 schools spread out in the five boroughs of New York t0 a very broad spectrum of productions presented each season.

Eisner will receive his award on Monday, November 18 at a gala evening held at the famous New Victory Theater on 42nd Street in Midtown Manhattan.

The New Victory is well known for being the first and so far the only theater in New York’s that exclusively hosts performances specifically designed for children and family audiences, featuring circus, dance, theater and puppetry going as far even as presenting opera.

Barry Diller, one of Michael Eisner’s early colleagues in the entertainment industry will also be present at the award ceremony in the role of Gala honorary co-Chair alongside well-known theatrical producer Thomas Schumacher.

The New Victory Arts award can be presented to either an individual or an organization deemed to have shown significant concern for the welfare of children and have expressed their concern by stimulating the interest and imagination in the word of art.

Presented to a person or organization whose concern for the well-being of children is matched by their belief that the arts and arts education can stimulate children’s imagination and boost their levels of creativity. Previous award winners have included Tony Award recipient Bill Irwin, Cheryl Henson, President of the Jim Henson Foundation as well as the Australia Council for the Arts.

” The New 42nd Street” is a non-profit organization which has been responsible for the renewal of seven historic theaters, all of them on 42nd Street as well as building a center for nonprofit arts organizations situated in the heart of Times Square. The New 42nd Street have taken upon themselves the role of helping the reinvented 42nd Street to evolve and to cultivate a unique New York City cultural and entertainment experience.

Michael Eisner was born and raised in Mount Kisco, New York. After completing high school, Eisner went on to graduate from Denison University in Ohio with a Bachelor of Arts degree in English.

Michael began his professional career working in the movie industry, forcefully at NBC Studios later moving to CBS. It was while he was at CBS that Michael Eisner first captured the attention of Barry Diller at that time studio head of ABC.

Diller apparently liked what he saw in Eisner and appointed him as Assistant to the National Programming Director in ABC. Eisner’s rise through the ranks and ABC was dramatic , eventually reaching the level of senior vice president with special responsibility in charge of programming and development.

Barry Diller was to come back knocking on Eisner’s door in 1976, convincing him to join him at Paramount Pictures, where he was then chairman. Eisner was not slow in an agreement to join his mentor at Paramount, taking on the role of president and CEO. During their time together at Paramount, Diller and Eisner was responsible for turning out such classic hit movies as the Beverly Hills Cop trilogy, Grease, Saturday Night Fever, the Star Trek film franchise, Raiders of the Lost Ark, while the studio’s TV division were also highly successful candidate the unforgettable Happy Days, Laverne & Shirley, Cheers and Family Ties series.

With Diller parting company with Paramount in 1984, the general consensus within the industry was that Eisner would be the automatic choice to become head of the studio.

However that failed to happen and Eisner decided to move on to fresh pastures was just happy to be at the Walt Disney Company where he was appointed CEO.

The 21 years that Michael Eisner spent with the Walt Disney company were in many people’s opinion the best years of his career, bringing the aged animation giant forward in leaps and bounds whilst adding whole new dimensions to world of animation, producing for the studios some mould-breaking animated childrens’ movies for children of all ages including Aladdin, Beauty and the Beast and the Lion King which reached audiences in the hundreds of millions worldwide.

Eisner left Walt Disney in 2005, and after taking some time out, launched a studio of his own, Vuguru, producing and distributing short films for the mobile market.

Michael Eisner was recently inducted into the Television Academy Hall of Fame.