Hezi Himmelfarb, CEO of IceCure Medical explains that the disease can now be eradicated through freezing tumors into a ball of ice. . 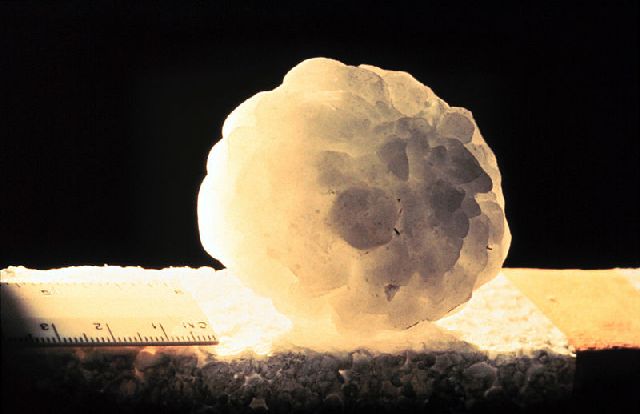 Hezi Himmelfarb, CEO of Israel based IceCure Medical has announced that the company are in the latter stages of developing a treatment that can take a lot of the pain, discomfort and uncertainty of treating breast cancer.

According to Himmelfarb, sufferers of breast cancer will soon be able to be treated without for the potentially fatal disease without the need for any form of surgery. This dramatic breakthrough comes thanks to a revolutionary technique developed by IceCure Medical that rapidly eradicates tumors in the press simply by freezing them into a ball of ice.

Initial testing of the treatment has shown it to be not only highly effective in medical terms but also immeasurably less traumatic for the cancer patient and their family.

Instead of any need for hospitalization, either as an outpatient or for a hospital stay, according to Hezi Himmelfarb, the IceCure Medical method of treatment can be carried out in a doctor’s surgery with a minimum of fuss, upheaval or distress.

Already trials are well underway with the treatment method entailing the use of superseded needle tip that will repeatedly freeze then defrost the tumors so that the cancerous tissue is destroyed.

During the treatment, known in the medical profession as cryoablation, the needle is cooled to -170° centigrade (-274° Fahrenheit ) by pumping liquid nitrogen into the needle through a network of miniscule tubes. The treating surgeon will be able to control the dimension of the ice ball created in order to ensure it freezes the entire tumor or does not damage healthy tissue.

The rapid freezing technique does not even require the patient to undergo a general anesthetic, with a local anesthetic being significant. Indications are that the average treatment takes around 15 minutes, a major improvement on invasive surgery which invariably requires that the cancer sufferer be kept in hospital for a number of days and will usually leave a fair amount of scarring.

According to Mr. Himmelfarb the cells in the human body are made mainly of water, which means that they can be frozen. “ We are aware that there have been attempts in the past using excessive heat to destroy cancer cells, however the treatment while effective proved to be excessively painful to the patient, while on the other hand cold has shown to have an anesthetizing effect, meaning that the person being treated feel very little pain or discomfort during or after the procedure.” Himmelfarb summed up.

The IceCure Medical device has already been approved for use in the United States and the  company is optimistic that they will receive permission to offer the treatment throughout Europe some time in 2014.

Of the millions of women who are diagnosed as suffering from breast cancer annually, around 80% undergo the procedure known as lumpectomies, where the lump is clinically removed from the breast. After the treatment of around 20% of those women who have undergone a lumpectomy require some form of follow-up surgery as not all of the tumour has been removed, while early indications are that treating breast cancer through cryoablation will be capable of completely removing the tumor in the vast majority of instances, alleviating the need for further treatment

Dr Eisuke Fukuma, director for breast cancer at the Kameda Medical Centre in Chiba, Japan in charge of, conducting the trial, reports that he has so far treated 13 patients with no signs of the disease occurring in any of them to date.recurrence yet.

While research on the cryoablation method of cancer treatment is being focused for the time being of breast cancer, researchers believe that the same method could also be used to treat kidney, liver and prostate cancer.

Hezi Himelfarb has more than 20 years of management experience in medical device companies.  Before joining IceCure Medical in 2008, Mr Himelfarb was  president and CEO of Remon Medical Technologies, joining them from Medtronic InStent.

Himelfarb holds a BSc. Degree  in electronic engineering as well as a MBA, both from Tel-Aviv University.