The company will have seven production lines by 2015. 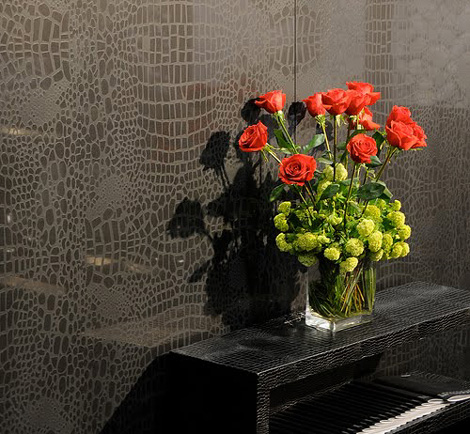 Caesarstone increased its revenues in the third quarter of 2013 by 21.6% to US$94.3 million compared to US$77.6 million in the same quarter of the prior year. Growth in revenues was broad-based, but primarily driven by continued increases in the United States and Canada markets, which were up 47.8% and 22.2%, respectively, compared to the same period in the prior year.

Caesarstone also reported net income available to its shareholders for the third quarter of 2013 of US$16.1 million compared to US$12.4 million in the same quarter in the prior year – a 25% improvement.

Yosef Shiran, Chief Executive Officer, commented, “We are pleased with our results for the third quarter, particularly in the United States, which is our largest and fastest growing market. Our strong brand, leading products and improved market conditions all contributed to our significant increase in revenues and our strong cash flow. We expect to continue to drive value to our shareholders,  partners and customers through ongoing growth in our business.”
The Company’s balance sheet as of September 30, 2013 remained solid with cash and bank deposits of $104.9 million – up by $32.2 million from December 31, 2012.

In November Caesarstone began utilizing expanded capacity in its existing Bar Lev facility with the expected completion of a full fifth line by the end of the second quarter of 2014.

The Company also today announced that it has selected Richmond Hill,  Georgia as the location for its previously announced expansion plans for a new manufacturing plant in the United States. Site-specific considerations have prompted the Company to revise its expected start date for the first of two lines to the second quarter of 2015. The Company has decided to accelerate its initial investment to approximately 70% of the total eventual expected capital cost of $100 million in order to support an expedited launch of the second line. Upon completion, the Company’s manufacturing operations will encompass seven full production lines from its two facilities.

Caesarstone also announced that it will pay a one-time dividend of US$20 million, or approximately US$0.58 per ordinary share, to shareholders of record on November 27, 2013, payable on December 11, 2013. The Company believes that, due to its strong recent and expected cash flow and current cash position, the dividend will not affect its ability to fund its growth strategy,  anticipated capital expenditures and working capital needs for the foreseeable future.

Caesarstone manufactures in Israel high value engineered quartz surfaces,  which are used in both residential and commercial buildings as countertops,  vanities, wall cladding, floors and other interior surfaces.

The wide variety of colors,  styles, designs and textures of its products, along with their valuable inherent characteristics such as hardness, non-porous,  scratch and stain resistance and durability, provide consumers with excellent surfaces for their internal spaces which are highly competitive to granite,  manufactured solid surfaces and laminate, as well as to other engineered quartz surfaces.
Caesarstone products are available in over 40 countries around the world.