Gyllenhaal is the hot favorite to take  the lead role in boxing drama “Southpaw” to replace Eminem who dropped out to concentrate on his music career. 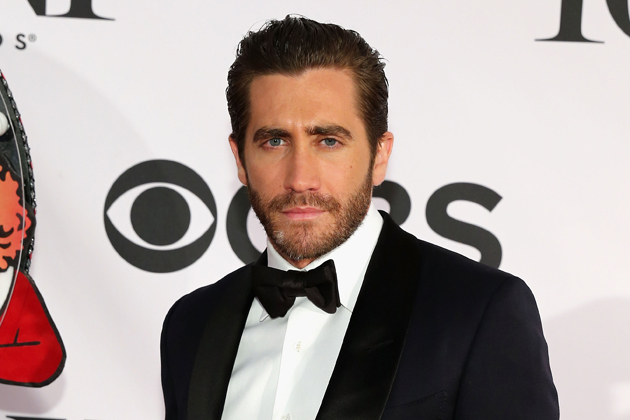 Jake Gyllenhaal, one of the hottest stars around Hollywood these days, is reportedly in advanced stages of talks to replace Marshall Mathers, better known as pop star “Eminem” who was director Antoine Fuqua’s first choice for the part.

However it now transpires that Eminem has reportedly passed on the part to concentrate on his musical career.

When the news broke that Eminem would be dropping out Antoine Fuqua, whose recent commercial hits include Olympus Has Fallen and Training Day, didn’t hesitate too long and checking the schedule of Jake Gyllenhaal, and it now appears that the star of such box office successes as the Day after Tomorrow and Brokeback Mountain will be stepping into the ring in his place.

In the movie, with a screenplay sensitively penned by Sons of Anarchy creator Kurt Sutter, Gyllenhaal will play the part of a successful title winning welterweight boxer whose career as well as his personal life collapses after a family tragedy strikes.

Southpaw follows the inner battles of the character as he needs to choose which fight is more worth winning- to reclaim his past glory or win back the affection of his young daughter.

Gyllenhall has been enjoying a great run of success in the last few years, appearing in two powerful movies in rapid succession End of Watch and Prisoners. In Prisoners, which is being marked down as a contender for awards season success, he stars as a cop conducting a manhunt for two missing girls.

With a busy schedule of acting parts as well as making his debut as a director in Nightcrawler in which he also stars, Jake will have to find the time to get into shape before he steps into the ring when Southpaw starts production, early next year.

Jake Gyllenhaal was born and raised in Los Angeles, California, into a family with a strong pedigree in the movie business. His father is film director Stephen Gyllenhaal and his mother Naomi Foner is a well known film producer and screenwriter. Jake’s older sister Maggie Gyllenhaal, is also a film actress, even appearing with Jake in one of his first movies Donnie Darko.

Jake was only eleven years old when he made his movie debut, playing Billy Crystal’s son in the 1991 movie City Slickers.

After completing high school Gyllenhaal went on to attend Columbia University, to study Eastern religions and philosophy. However after two years, Jake decided to put his studies on hold to concentrate on his film career.

2001 saw Jake beginning to pick up some interesting roles, the first being Donnie Darko, receiving an Independent Spirit Award nomination for Best Actor, following up the same year by playing alongside Jennifer Aniston in a romantic comedy, Bubble Boy.

By the following year Gyllenhall was already approaching superstar status when he was awarded a leading role in the 2004 science fiction blockbuster, The Day After Tomorrow, starring  alongside Dennis Quaid and Ann Hathaway.

The following year saw Jake receive considerable critical acclaim for his part in the controversial film Brokeback Mountain alongside the late  Australian actor Heath Ledger.  Gyllenhaal was nominated for both an Academy Award and Golden Globe as Best Supporting Actor.

Since his success in Brokebank Mountain, Jake Gyllenhall has consistently displayed his versatility in a wide range of parts, playing romantic parts to action with the same aplomb.