Journalist and author Pomerantz  has recently released his fifth novel- on the legendary Pittsburgh Steelers NFL side of the nineteen seventies. 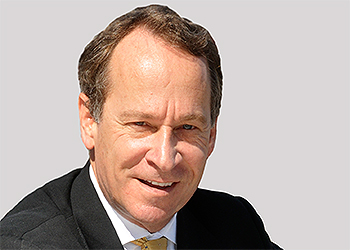 Gary Pomerantz a long life NFL fan  has succeeded in twanging a few heartstrings and inspired a lot of nostalgia  in  his  latest novel, “Their Life’s Work: The Brotherhood of the 1970s Pittsburgh Steelers, Then and Now.”

Pomerantz’s  novel  recalls his personal experiences  and memories gathered  as a cub reporter for the Washington Post  when he had the opportunity to meet the key players in the  Steelers team on a number of occasions.

The Pittsburgh Steelers’  achievements of the nineteen seventies, remain unequaled in the history of the NFL,  winning  four Super Bowls  in six seasons, whilst sending  a large number of players to the NFL Hall of Fame.

In his novel  Gray Pomerantz recalls a very fundamental  interview that took place  more than thirty years ago in 1981.   Gary Pomerantz, who despite his youth had established a strong rapport with the players  was sent by the sports editor  of the Washington Post  to visit the Steelers training camp  to ask the team members a leading question on most people lips at that time- was the fabulous era of success that they had enjoyed coming to an end? 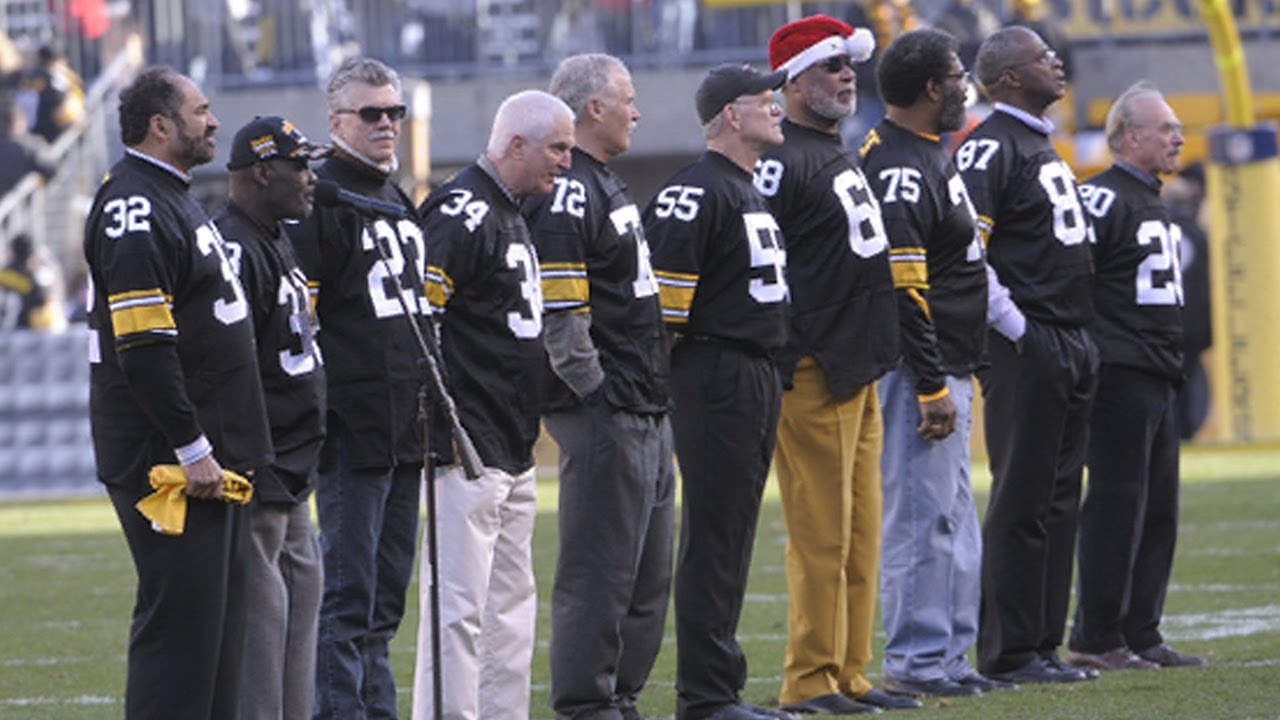 Their Life’s Work / BLACK AND GOLD

Gary Pomerantz recalls asking that question with understandable trepidation, while at the same time making himself a promise  to one day sit down and put on paper his recollections of that special day,  of that special team, and of the special players that made it up.

Inspired by these recollections  Pomerantz gradually created  his novel  “Their Life’s Work: The Brotherhood of the 1970s Pittsburgh Steelers, Then and Now.”

To officially launch the novel,  Pomerantz  recently hosted a reception, at the Heinz History Center in Pittsburgh, in the company of  some of the  key players  from that historical team including Andy Russell, Franco Harris and Rocky Bleier. Also present was Pittsburgh Steelers owner Dan Rooney, son of  Art Rooney, better known as “The Chief, ”  who founded the franchise in 1933.

Steelers fans, young and old, turned up in their hundreds to hear stories of these special times- times that have been warmly  looked back on in Pomerantz’s novel. 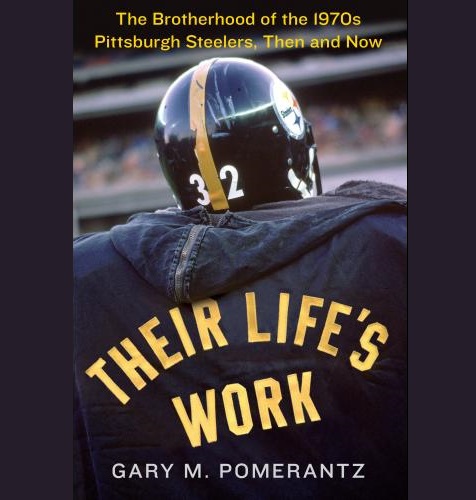 Gary Pomerantz was born and raised in the town of North Tarrytown, in New York State.

After  graduating from  the University of California, Berkeley with a degree in history, Pomerantz spent 17 years as a daily journalist, first as a sportswriter for The Washington Post where he covered Georgetown University basketball, the Washington Redskins, and the National Football League, before joining the Atlanta Journal-Constitution where he covered a wide range of subjects, including  race, sports, culture and politics, as well as serving on the newspaper’s editorial board.

From 1999 to 2001 Pomeratz served  as Distinguished Visiting Professor of Journalism at Emory University in Atlanta where he taught courses on news reporting and writing, as well as  on the history of the American press.  For the past two years, Gary Pomerantz  has served as a visiting lecturer at Stanford University, where he conducts classes in  Communication, Specialized Writing and Reporting,  Sports Journalism, as well as how to reporting as well as understand the News.

Gray Pomerantz has written five novels to date, including Their  Life’s Work. His first,  “Where Peachtree Meets Sweet Auburn” was among the 1996 lost  of Notable Books of the Year issued The New York Times. His second book, was released in 2001. Entitled  Nine Minutes Twenty Seconds, it tells the story of an air disaster and the people it affects..

Going back to his sporting roots for his third novel,  WILT, published in 2005 Pomerantz recalled in particular detail  the unforgettable evening  when basketball star Wilt Chamberlain  broke  the single-game scoring record in the National Basketball Association (NBA) scoring 100 points for the Philadelphia Warriors in a 169–147 victory over the New York Knicks in  March of 1962, at the Hershey Sports Arena in Hershey, Pennsylvania.

Keeping up with his pace of publishing a novel every four years. Gary Pomerantz  fourth book, The Devil’s Tickets  a true-crime thriller was released in 2009.