–
Beinart will succeed Ester Levanon, who announced in mid-July that she would leave her post at the end of the year. 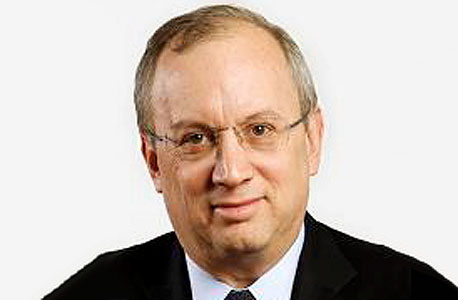 The Tel Aviv Stock Exchange (TASE) board of directors appointed Mr. Yossi Beinart as CEO on Thursday, October 31. He will succeed Ester Levanon, who announced in mid-July that she would leave her post at the end of the year.

Mr. Beinart replaces Esther Lebanon, having been elected by the stock exchange’s board members.

Mr. Beinart is a senior figure within North America’s specialist executing venues and highly respected senior industry professional of high ethical standards, who is a senior international industry figure and arrives with a wealth of experience, all of which are a recipe for success.

The election of Mr. Beinart as CEO of the Israeli stock exchange was decided among strong competition including Mr. Dan Hazel, former chairman of MCM and Mr. Jacob Rosen, a former senior executive at one of Israel’s major financial institutions, Bank Hapoalim, who according to Israel’s financial news source Calcalist, Mr. Rosen withdrew his candidacy due to a possible conflict of interest with other business ventures.

Mr. Beinart is well positioned to preside over the bourse, as a highly respected senior industry professional of high ethical standards, who is a senior international industry figure. He brings managerial experience in a competitive and highly regulated environment that requires an innovative and creative attitude as well as strategic planning and execution capabilities. As CEO of Nadex (the North American Derivatives Exchange), he is familiar with trade and clearing, and serves as president and CEO of Nadex.

On the announcement of Mr. Beinart’s appointment, Israel Securities Authority chairman, Shmuel Hauser, explained publicly that the stock market is “a major and significant venue and a major contributor to the success of the economy of Israel, and I believe that together with the staff of the Stock Exchange, its management and the board we can meet important tasks which rest upon our shoulders.”

Mr. Hauser, heading Israel’s financial markets regulatory authority, welcomed the appointment of Mr. Beinart as Tel Aviv Stock Exchange’s CEO and wished him success in his position : “I have no doubt that Mr. Beinart has the ability to lead the Israeli stock exchange to new highs and position it as a generator of economic growth as one of the major pillars of industry in Israel”.