Hoffman will feature alongside Kathy Bates in the film Boychoir , finding himself sharing  the silver screen  with one of America’s  famous choirs, and all of them at least sixty years younger than he is. 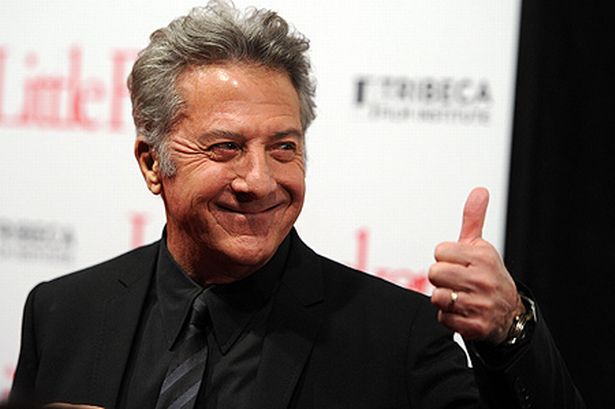 It’s a well known adage in the movie industry to never to try and compete against either dogs or children for the audience’s attention. Yet Dustin Hoffman,  well known for never having shirked a difficult role, is showing no signs of letting up now.

Hoffman has signed up for his latest project, alongside British actor Alfred Molina and the great Kathy Bates in a film drama entitled “Boychoir”. In Boychoir will take on a role that he never tackled in his long and varied career, that of a choir master, at a Boy Choir school, alongside the renowned American Boychoir School whose vocal choruses are expected to be a focal part in the film, which is scheduled to begin shooting early next year. Kathy Bates plays the part of the school headmistress and Molina will play a teacher.

Boychoir is an original screenplay by Ben Ripley with French-Canadian Francois Girard penciled in as director.

Judy Cairo will be the principal producer with her partners at the production and finance company Informant Media, Inc., who are also financing Boychoir.  Informant Media, Inc. has been nominated a total of ten times for Academy Awards and have won three Oscars, including a best actor award for Jeff Bridges in their 2009 movie “Crazy Heart”.

Last year, Dustin moved to the other side of the camera for the first time as director of the critically acclaimed movie, “Quartet”, starring a cast of British veteran actors, including Maggie Smith, Tom Courtenay, Billy Connolly and Pauline Collins.

Dustin Hoffman was born and raised in Los Angeles, California. After graduated from Los Angeles High School, Hoffman enrolled at Santa Monica College with the intention of studying medicine. However the call of the theatre was to prove too strong and Hoffman hung up his stethoscope after just a year to join the Pasadena Playhouse, a performing arts theater located in Pasadena, California.

It was during his time at the Pasadena Playhouse that  Hoffman  met and formed a lifelong friendship with Gene Hackman, who would also go on to become an  Academy Award-winner.  Hackman was a strong believer in the method school of acting and decided that acting “off Broadway” was the best place to develop his acting skills.  Hoffman, according to history, was less convinced, but after a while decided to follow Gene to the Big Apple, picking up the occasional part as well as appearing in a number of television commercials, to finance his studies his studies at the famous Actors Studio under the legendary Lee Strasberg where his fellow students included Al Pacino, Robert de Niro and Robert Duvall.

After the success of the Graduate, Hoffman’s acting career was marked by a series of critical and  commercial successes, taking in Midnight Cowboy, Little Big Man, Straw Dogs, Papillion, Lenny, Marathon Man, All the President’s Men, Kramer vs. Kramer, Tootsie, Rain Man, Hook and Wag the Dog, his last major commercial success, shot in 1997.

During his rich career, Dustin Hoffman was a  nominee  for seven Academy Awards, winning two (in Kramer vs. Kramer and Rain Man),  as well as being nominated  for thirteen Golden Globes,  and winning six, as well as  four BAFTAs, three Drama Desk Awards, a Genie Award, and an Emmy Award.