Babylon is paying the price for years of transgressing every unwritten rule of the Internet.
– 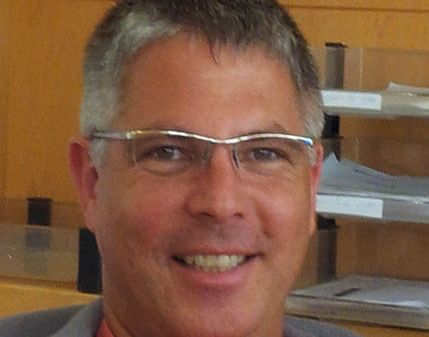 With all due sympathy for investors in Babylon Ltd. (TASE:BBYL), who have suffered a 60% plunge in the company’s share price following the cancellation of the agreement with Google, it must be said that Babylon the company, its products, its marketing strategy is getting today exactly what it deserves for years of straying from the path of straight dealing with consumers. Once, when the world was a slightly more beautiful and innocent place, Babylon had great products for translating at a click between a range of languages that kept growing. It seemed that it had something global, almost cosmic, as implied by its scriptural name. But almost nothing is left of that Babylon.

True, it still has translation tools, perhaps in a greater range of languages than ever, but Babylon today is one of the most loathed brands on the web. Yes, it is. It happened to it because of a welter of aggressive marketing methods, and mainly because of its search toolbar, which became one of the stickiest chewing gums on the Internet.What has ended, perhaps, in a protest by Google Chrome and Yahoo! users began with Babylon’s attempts to install its toolbar with as many users as possible.

These attempts included several dubious methods, such as taking over browsers and diverting surfers to the services of, wouldn’t you know it, Babylon. So, for example, many surfers found that when they tried to search on Google, their browsers took them to search.babylon.com. Babylon’s predatory tendencies also manifested themselves in homepages being switched to its own. But, as far as surfers are concerned, the main problem was and remains Babylon’s appalling search toolbar, which has simply committed every consumer no-no as far as function and transparency are concerned.

The right to split up

This toolbar, as anyone who has ever installed it, whether voluntarily or by mistake (if you go to some sites, Babylon fiendishly installs itself without you being aware of what you did to make that happen), refuses to take its leave, however politely you ask. One of the iron-clad clauses in the unwritten contract between users and program providers states as follows: “If I don’t fancy you anymore, you will let us part as friends”. That is to say, if the user installs a program on his or her computer and later wishes to remove it, whoever produced it is supposed to provide an unequivocal, complete, and fast “uninstall” option.

None of this happens with the Babylon toolbar. With most legitimate programs, it’s enough to go to “Control Panel”, choose “Add/Remove Programs”, click on the program you want to get rid of, wait a bit, and you’re done. With Babylon, this procedure only removes the program from the Desktop. On the browser, it carries on as if nothing had happened.

At this stage, surfers are supposed to realize by themselves that they have to remove Babylon separately from each browser. In many cases they also have to restore their homepage, and to be free of Babylon completely they are liable to need to do some pretty complicated stuff that we won’t get into.

PC Magazine pointed out that the best way of protecting oneself from applications like Babylon is not to install them. This apparently is the conclusion somewhat belatedly reached by many Chrome and Yahoo! users. From there, the way to a decision by the managements of these giants may not have been short, but it was absolutely inevitable.