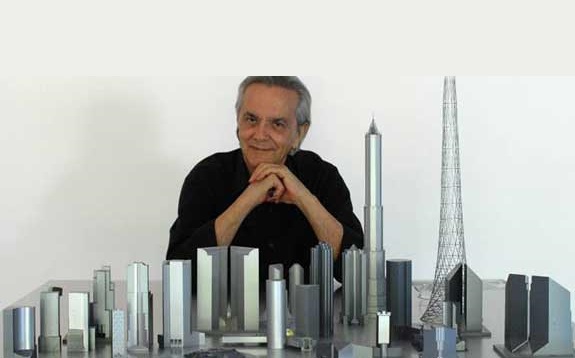 Please help us out :
Will you offer us a hand? Every gift, regardless of size, fuels our future.
Your critical contribution enables us to maintain our independence from shareholders or wealthy owners, allowing us to keep up reporting without bias. It means we can continue to make Jewish Business News available to everyone.
You can support us for as little as $1 via PayPal at office@jewishbusinessnews.com.
Thank you.
–
“Globes” can reveal the real story behind Google Inc.’s (Nasdaq: GOOG) sophisticated software for the construction industry under development at the company’s secret unit, Google X. “Globes” was the first to report about this innovative technology,  Google technology could halve construction costs, including how the company spun off Vannevar Technology Inc., founded and run by Google X executives, to further develop the software.

Israeli-American architect Eli Attia, an expert in skyscrapers, who has designed some of Tel Aviv’s prominent office towers, and is the designer of the Shalom Center Towers (Azrieli) in Tel Aviv, recently contacted Google founders Larry Page and Sergey Brin, Google senior advisor and former US Vice President Al Gore, and Google’s board of directors, accusing the company of stealing his invention and making illegal use of his know how, a revolutionary technology in the design and construction of large buildings and skyscrapers.

Attia told “Globes”, “My goal has always been to provide humanity with the desperately needed, critical, improvement in the way buildings are designed, built, and utilized. A technology that my industry has been relentlessly seeking for over half a century.

“At their invitation, I have brought to Google my invention and life’s work – the ultimate answer to this problem – only after Google assured me that they shared my goal.

“It is shocking to me that Google, which sells itself as the do-good-for-the-world company, with its “Don’t be Evil” manifesto, has opted instead for making big money fast, and to hell with the world.

“By stealing and bastardizing my technology, Google has deprived humanity of what it urgently needs. And, in the process, has careless and callously wasted three years of my life, drastically inhibiting my ability to pursue it on my own – risking it will be lost forever.

Attia concludes, “Determined to undo this evil, my wife and partner, Noa, and I have created our new website Google & Me.”

“Globes”: Why haven’t you sued Google?

Attia: “The answer is simple. I cannot initiate a legal battle against one of the greatest economic giants in the world. That is why we decided to bring the story to the attention of the general public, which is the source of Google’s wealth and power, and the public will judge.” 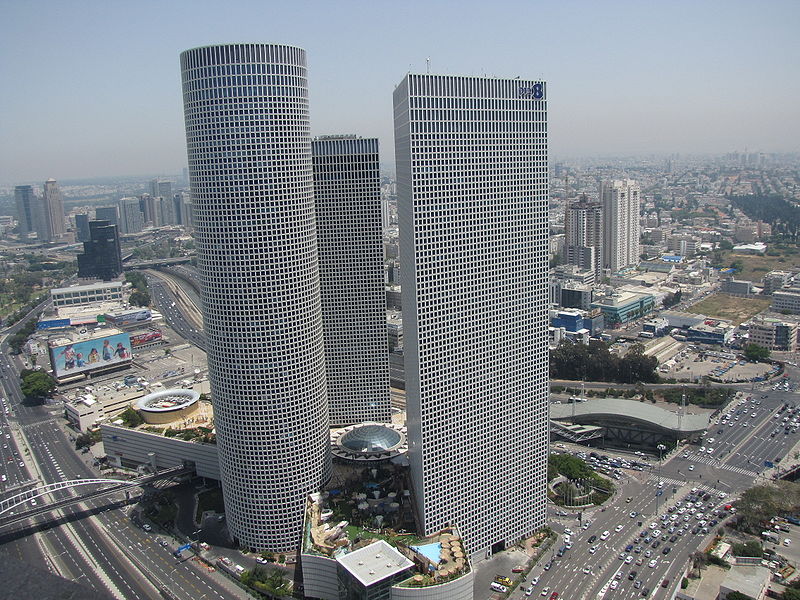 Freeing the Genie from the bottle

Google X founder and executive Sebastian Thrun, who invented the driverless car, was responsible at Google for scouting new technologies. He heard about Attia’s invention in the summer of 2010, and invited Attia to present his idea before Google’s top executives at his Mountain View headquarters in Silicon Valley.

In August 2010, Attia presented his invention before a group of 30 Google executives, including Larry Page. After the presentation, Page had a long talk with Attia about buildings and construction, a subject about which Page knew little. Attia answered a series of additional questions sent in writing by Google executives. A few weeks later, Page authorized Google X to examine the invention and turn it into software.

At the time, Google knew nothing about real estate and construction. The $5 trillion a year global real estate market seemed like a good opportunity for realizing Google X’s mandate to diversify Google’s income in non-core areas of business.

The agreement that Google offered Attia spoke about sharing the rewards of EA, if the technology proved applicable and was launched in the global real estate market. Attia brought to the partnership the technology he developed, his knowhow, and his promise to guide the development team. Google promised to ensure financing for development, the building the software, and testing it practicality with relevant parties in the construction industry.

The project team initially included 10 top computer and software engineers, and it was later expanded to 30 people, including economists, and real estate and marketing experts. The Google X engineers initially called the development of the invention Genie (after the genie in Aladdin in “1001 Nights”).

The team estimated that the EA technology could halve construction costs of large buildings and skyscrapers. According to “Globes”‘ exclusive report, an executive summary, classified as “Confidential”, that Thrun gave Page, Brin, and Google executives in June 2011, the Google X team estimated that the EA technology had the potential of generating $120 billion in annual income for Google.

The executive summary opens, “Early this year, a small team at Google X began working with Eli Attia, an architect, the creator of Genie technology, to explore opportunities in the building construction industry.” It adds, “Eli’s work led him to the creation of ‘Engineered Architecture’, which provided key concepts and technology behind Genie.”

Genie, the development team told Google’s management, “is a platform with an web-based design application that assists the design architect through the design process, and is mainly intended for the construction of large and tall buildings. The application incorporates design rules from expert architects and engineers, and advanced analysis and simulation tools. Genie enables the standardization and automation of design and construction processes, with unlimited design options, which allow an architect to preserve the uniqueness of the building in the urban environment.”

The development team’s report to Google’s management presented Genie as “revolutionary technology for creating sustainable and environmentally friendly buildings, at a quality exceeding anything known. The technology was presented as technology that can change the conservative global construction industry through a fundamental and revolutionary change in the way buildings are designed, built, and maintained, saving trillions of dollars.”

In the report, the Google X team estimated that the EA technology would cut current direct construction costs by 30%, and the current time from the start of design to market by more than 30%.

Bottom line, in the report to management, the team estimated that the EA platform had the potential of generating $120 billion in annual revenue for Google.

As development progressed and the first prototype was built, the Google X team met major contractors, leading building engineers, and top architects in the US. They were industry leaders with whom Attia had developed ties during his career as an architect. Their response, said the team, were enthusiastic. Below are some of the responses by top US real estate industry leaders.

Tishman Construction president North America Peter Machetto said, “EA is genius. It is the future of the construction industry.”

Trammel Crow Company, the largest real estate developer in the US said, “The most thoughtful, systematic, and credible approach to holistically alter existing delivery and management processes and unleash real and measurable cost and timing efficiencies.”

Richard Meier, one of the world’s leading architects, said, “If it was available today, I’d be using it today.”

Already in the early development stages, the team tried to “cut corners” in the EA development process in order to expedite its commercial use, but Attia objected. Brin convened a meeting on the Genie project, where Attia was supposed to review the project’s status. At the last minute, without explanation, Brin cancelled the meeting.

When the initial development stage was completed and the EA prototype was built, Google X executives suggested spinning off the project and pursue its development in a separate, Google affiliated company. In the autumn of 2011, Teller announced that, by the end October, Brin and Thrun would be notified about the spinoff.

At the same time in early December 2011, financial offers worth billions of dollars were made to Attia related to ownership of the spun-off company. Chim unexpectedly notified by email the development team and Attia that it had been decided to cancel the project. Ten minutes later, Teller emailed Attia, saying, “I’m very sorry, but this is the end of Genie. It could have been a great thing for the world.”

But, without Attia’s knowledge, Google X spun off the EA project. When he learned about this, Thrun told Attia that the spinoff would be carried out without him.

Only recently, Attia learned that, at the same time as the “This is the end of Genie” announcement, a new company, Vannevar Technology, was set up, which he claims continues the development of the technology based on his EA technology. Vannevar was secretly registered in Delaware, without even an address, and the only contact with it is through a Los Angeles law firm.

Vannevar’s founders and managers are Google X executives who developed the EA technology: Teller, who led the Genie project at Google X and succeeded Thrun as the head of Google X; Chim, who headed Genie’s computer engineering team; and Jennifer Carlile, a software engineer in Genie’s development team.

A few weeks ago, Teller was interviewed by PBS host Charlie Rose, where he repeatedly said that the really important thing at Google was not money, but to make the world better. Teller looked at the camera and emphasized Google’s manifesto: when you do good in the world, the money will follow.

Google should fix this injustice

“As you know, the Genie project at Google X is an application of my life’s work – the EA technology. I fear that you do not know the details of my ouster from the project and its transfer to a project at Vannevar on the basis of my invention, ” says Attia in a letter to Page.

“On December 30, 2011, Sebastian Thrun called me and said, “We’re spinning out Genie, regrettably without you, and that’s how it is… It’s terrible, because it’s true that you came to Google with your life’s vision, and the fact that you’re not part of this is the worst thing of all. But there is nothing I can do about it, and you have to accept it.”

Attia concluded his letter, “You have acted unjustly toward me, and I struggle to believe that you are a part of this. If you wish to know why I think this, I’d be happy to tell you, on or off the record.”

Page did not respond to Attia’s letter.

A few days ago, Attia sent a letter to Al Gore and Google’s board of directors, in which he said that Google “had stolen my invention and my life’s work.” He added, “In order to correct the injustice done to me, and for Google to implement its motto, “Don’t be Evil”, Google should:

Brin, Page, Thrun, Teller, and Chim have not responded to queries by “Globes”

Google’s spokesman said in response, “We are not aware of any formal complaints levied against us by Mr. Attia at this time.”