–
“Nikkei”: Panasonic has started talks to sell some overseas plants to Tower, with a deal likely to be reached before early next year. 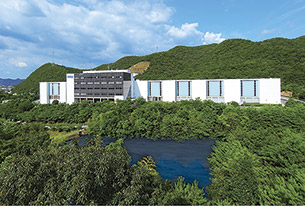 Panasonic Corporation (TSE: 6752) is in trouble, and Tower Semiconductor Ltd. (Nasdaq: TSEM; TASE: TSEM) may be a beneficiary. Japanese daily “Nikkei” reports that Panasonic has started talks to sell some overseas plants to Israeli circuit-maker TowerJazz with a deal likely to be reached before early next year. According to “Nikkei”, Panasonic plans to cut 7, 000 jobs from its semiconductor business, half its workforce, by March 2015, in order to deal with the company’s $15 billion in losses in the past two years.In view of Panasonic’s financial shape, if and when a deal is reached in the talks, the price that Tower will pay for the fabs is unlikely to be high. If a sale materializes, it would expand Tower’s foothold in Japan. Two years ago, it acquired the Japanese fab of Micron Technology Inc. (NYSE: MU) in Nishiwaki City. Tower needs additional production capacity to meet rising demand from its customers and to prepare for potential business in Japan.

The purpose of the acquisition is to enable Tower to meet its business target of $1 billion annual sales by 2014. The Nishiwaki fab is currently operating at one quarter capacity, after Micron reduced its procurement of chips from it.

In addition, two years ago, Tower bought a second fab in Japan, reportedly for tens of millions of dollars.

In this article:Japan, deal, sell, Finance