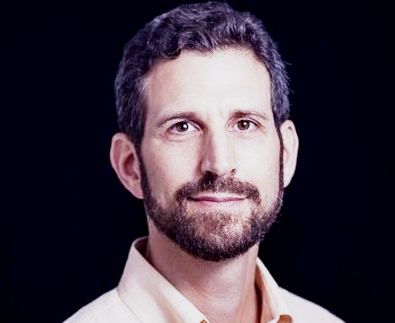 Israel is a global leader in telecom, attracting R&D and scouting activities from major telecom groups like  AT&T,   Deutsche Telekom , Orange , SingTel , Telefonica , and Sprint  / Softbank .  Next month, one of the leading European operators will evaluate creating a dedicated, Israel-focused venture capital fund. A look at how global telecom operators access Israel’s technology ecosystem can illuminate their overall innovation strategies.

AT&T : The largest wireless carrier in the US (107 million subscribers) may also be the most successful in accessing Israeli know-how.  AT&T acquired local networking start-up Interwise in 2007. After a few years, this group was upgraded from a part of the Networking business unit to become AT&T’s only R&D Center outside of the United States. Headcount has grown by 5 times to over 500 employees. Dotan Naveh, Head of R&D at the AT&T Center of Excellence, talks about the key success factor. “People…In the US, the best talents work for Google, Apple or start-ups. Because we offer large-scale projects, AT&T Israel can hire and retain the best technical talent. Our turnover rate is below 5%”

Separately (and in collaboration with local vendor Amdocs , AT&T operates the Foundry , one of three global Innovation Centers. The purpose is to accelerate the approval process and time-to-market for deploying Israeli startup technologies. Some success stories include Sunday Sky , Traffilog and Intucell (acquired by Cisco for $450 million). Streamlined processes within the Foundry has allowed AT&T to reduce the standard time from review to deployment from 18 to 5 months. The key reason for the success of this program is a high-level champion. John Donovan , Senior EVP Technology and Network Operations at AT&T, has been a champion of this program from its inception. “We are getting a financial return that is roughly 10 times our investment”, says Donovan. Grade: A

SingTel: Serving 468 million subscribers  across Asia, SingTel is in the process of from a traditional telecommunications operator to a Digital Life enabler. SingTel launched its Israeli Innovation Center this year, modeled after AT&T Foundry. Unlike AT&T, SingTel is a prolific venture investor in Israel, with several investments this year via the Israel office of SingTel’s Innov8 Fund . The success in Israel can again be correlated to a senior internal champion. Allen Lew, CEO of SingTel Digital (one of three operating units within the company), “we have been extremely satisfied with the wealth of talent in Israel. We experienced this through our recently acquired global mobile advertising company Amobee , which has R&D in Israel, as well as our venture capital investments in Israeli companies in the mobile Internet business. This new development center is to scout for new growth engines for SingTel.” Grade: B+

Deutsche Telekom: Deutsche Telekom maintains a network of researchers and scouts in Israel to partner with local universities, startups and vendors. This is reinforced with at least two annual visits to Israel by Rene Obermann , Chairman of Deutsche Telekom, often accompanied by an entourage of senior DT executives. The company makes limited venture investments and engages with the entrepreneurial community through events, collaboration and sponsorships. Most importantly, it operates an R&D lab at Ben Gurion University with 8 full-time researchers and roughly 60 participating graduate students. One of the key research priorities for the lab is cyber security. Ben Gurion University has a liberal approach toward intellectual property (IP), allowing greater Deutsche Telekom greater flexibility for commercializing research. Since hiring full-time scouting staff one year ago, DT has inked multiple business development deals, including Gryphonet , Checkmarx, Exent , Celltick , Office Core , Perfecto Mobile ,  Servision, Ono Apps , Actionitem and Screemo . Screemo also received an investment from hub:raum , DT’s digital venture arm. Grade: B (after years of inaction, DT is only beginning to be a presence with the local startup community)

Orange: Orange operates wireless carriers in 32 countries across Europe, the Middle East and Africa, with more than 231 million customers. Israel is not one of those countries. Instead, Orange leverages the Israeli talent pool via acquisitions, investments and scouting. For example, Orange acquired Orca Interactive in 2008, making the local IPTV and OTT middleware vendor its global R&D hub for this sector. Like Deutsche Telekom, Orange operates an R&D lab at Ben Gurion University. The company maintains an active scouting presence and frequently sponsors local events to encourage partnerships with the developer community. According to Nathalie Boulanger, Head of Open Innovation at Orange, “this is not about cost savings. We want to be much quicker with time to market. We want to transform much more”. Grade: B- (no clear strategy for investment or business development with local startups)

Telefonica: Telefonica: With brands such as Movistar, O2 and Vivo, Telefonica has over 300 million customers across 25 countries in Europe and Latin America. In 2010, the company acquired Israeli VoIP provider JaJah for $207 million. The 110 staff comprise the global R&D Center for Telefonica’s IP telephony business. The lab is tasked with technology evaluation, prototyping, software development and disseminating results across external forums. In practical terms, the ambitious plans of Telefonica Digital in Israel have been hampered by the downturn in Spain, the lack of a senior champion within Telefonica and four (4) corporate re-orgs in a three year period. The results have been mixed. While there has been one venture investment in Everything.me (everything.me) and an announcement last July for collaboration with the Israeli Office of the Chief Scientist (), there are few tangible examples of successful developer outreach or collaboration. Grade: C

Sprint / Softbank: Sprint, the #3 US wireless carrier, is staking its future on LTE (4th generation, high speed mobile broadband) and unlimited data plans. In collaboration with the Israel Mobile & Media Association (IMA), Sprint is supporting an LTE acceleration lab in Tel Aviv and currently has more than 50 products in various stages of evaluation. Sprint CTO Stephen Bye visited Tel Aviv for the launch of the partnership and noted, “this Sprint-sponsored LTE acceleration lab will allow startups and developers in Israel valuable access to dramatically speed up their time to market. We are committed to an open developer environment, creating opportunities for innovative services, products and technologies to be developed and launched on the Sprint LTE network.” Since then, Sprint was acquired by Softbank, Japan’s fastest growing wireless operator and the largest internet group in Japan. Softbank Capital , the venture investment arm of the Softbank Group, has been making investments in Israeli companies since 1996. They are currently managing the investment process from its New York office. Perhaps it is time for Softbank Capital to deploy someone full-time in the world #2 startup ecosystem?

These are the operators with a permanent presence in Israel. Others, like Vodafone Ventures  (five venture invesmtents in Israel) and BT  (local scout) manage their activities remotely. Speaking for Orange but equally relevant for other carriers, Nathalie Boulanger of Orange makes the case for a robust presence in Israel: “We invest 1.9% of revenue in innovation but we are quite aware that open innovation will bring us to many more developers”. More and more telcos are saying Shalom to Israel.