Anything you can do Icahn do better… A year ago Carl Icahn Enterprises bought a substantial stake in video streaming company Netflix, at an average cost of US$58 per share at the time, according to information from the company. Since then the shares have taken a huge ride upwards, recently well over the US$300 per share mark.

Now, according to a regulatory filing and a simultaneous company announcement, Carl Icahn has recently sold 3 million of his shares, leaving him with 2.67 million shares left of his original stake, or about 4.5 % of the company. At a cost of US$58 per share he will have cleared a profit of perhaps as much as US$800 million on the tranche he has sold. That is, if the average price at which he sold was around US$325 per share during the period of sale, which was the 12 days beginning on October 10 and ending on Tuesday, according to an SEC filing. The biggest sales apparently took place on Tuesday with Icahn selling 2.4 million shares at $341.44.

The shares had even spiked hugely for a brief period Tuesday, up to US$389, like a surge on the electricity grid that happens when a big factory turns on all its electrical equipment at once. This happened after Netflix had reported excellent earnings results on Monday. The price fell back again to about US$315 only to head up again today (Wednesday) back nudging US$330 where they are hanging in as of the time of writing.

To his very great credit the Netflix CEO Reed Hastings carefully said during a video conference call discussing the quarter’s results, “We have a sense of momentum investors driving up the stock price more than we might normally. There’s not a lot we can do about it. But I wanted to honestly reflect upon that.” In his shareholder letter announcing the earnings results he also recalled a similar experience ten years earlier, one which had also not ended well at the time.

It is very difficult for CEOs to address the issue of an overvalued share price and avoid possible reflex legal action by disgruntled punters, but that was a very honest statement for him to make. 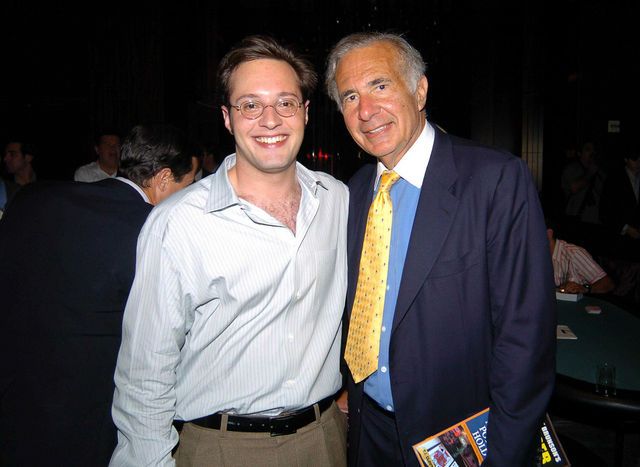 Carl Icahn bought in to the shares a year ago apparently based on the strong recommendation at the time of his two top fund managers, his own son Brett and co-fund manager David Schechter who manage the portfolios for him. Icahn has said himself that his son was indeed responsible both for the Netflix investment and also for maintaining the firm’s 9.4% stake all through the big run up in its shares so far this year.

However Icahn now states in the regulatory filing that “as a hardened veteran of seven bear markets I have learned that when you are lucky and/or smart enough to have made a total return of 457 percent in only 14 months it is time to take some of the chips off the table.”

Whilst Carl Icahn is happy to get out of half the investment his two young fund managers are still bullish on the Netflix stock, and will receive shadow performance credits as co-managers if Netflix should continue to appreciate, even for the shares that have now been sold.

In the press release reporting the share sale Icahn Enterprises alludes to this directly:

Then Brett Icahn and David Schechter go on to explain their bullish views in the press release towards Netflix’s continuing business prospects, in quite a lot of detail.

The case the two managers put forward, which you can find on the Icahn web site, makes interesting reading as analysis, with which one can agree or disagree as one chooses. But it also seems to highlight the personal drama emphasizing differences between generations, and moreover between father and son.

However, and we should certainly not ignore this possibility, it also solves a dilemma for the Icahn holding as a whole. Having very publicly sold half your position how do you deflect the likelihood of others following suit and driving down the shares in the direction they came from, under the same forces of market “momentum” that, at least in part, may have driven them up in the first place, and to which Reed Hastings had possibly alluded.

The correct, and quite legitimate, public relations solution might therefore be to simultaneously set out a position paper explaining why you still think them to be valuable, and then by having the kids do it even better…. and if they are right too you will make even more money! It is clear to me that Carl Icahn is equally as good at the public relations side of the business as he is at the analytical and market trading side. Not only is he good at it but he recognizes its importance in today’s fast moving media environment. His adoption of an Icahn twitter account is just one good recent example, and the way he has handled the announcement of this Netflix sale is another.

Remember too Carl Icahn Enterprises still has 2.67 million shares of Netflix, which cost them about US$154 million. Even if the shares don’t go up any further Icahn is still sitting on an additional profit of about US$726 million. So his hope would be that they will, but his indirection has presumably been to try to avoid pushing them down instead by his apparent rush to the exit with the sale he has made to date. Not an easy balancing act but with the shares bouncing back quickly today to US$330, so far so good.